CapMetro suspended the MetroRail service in June for construction purposes. On Saturday, the services continued. 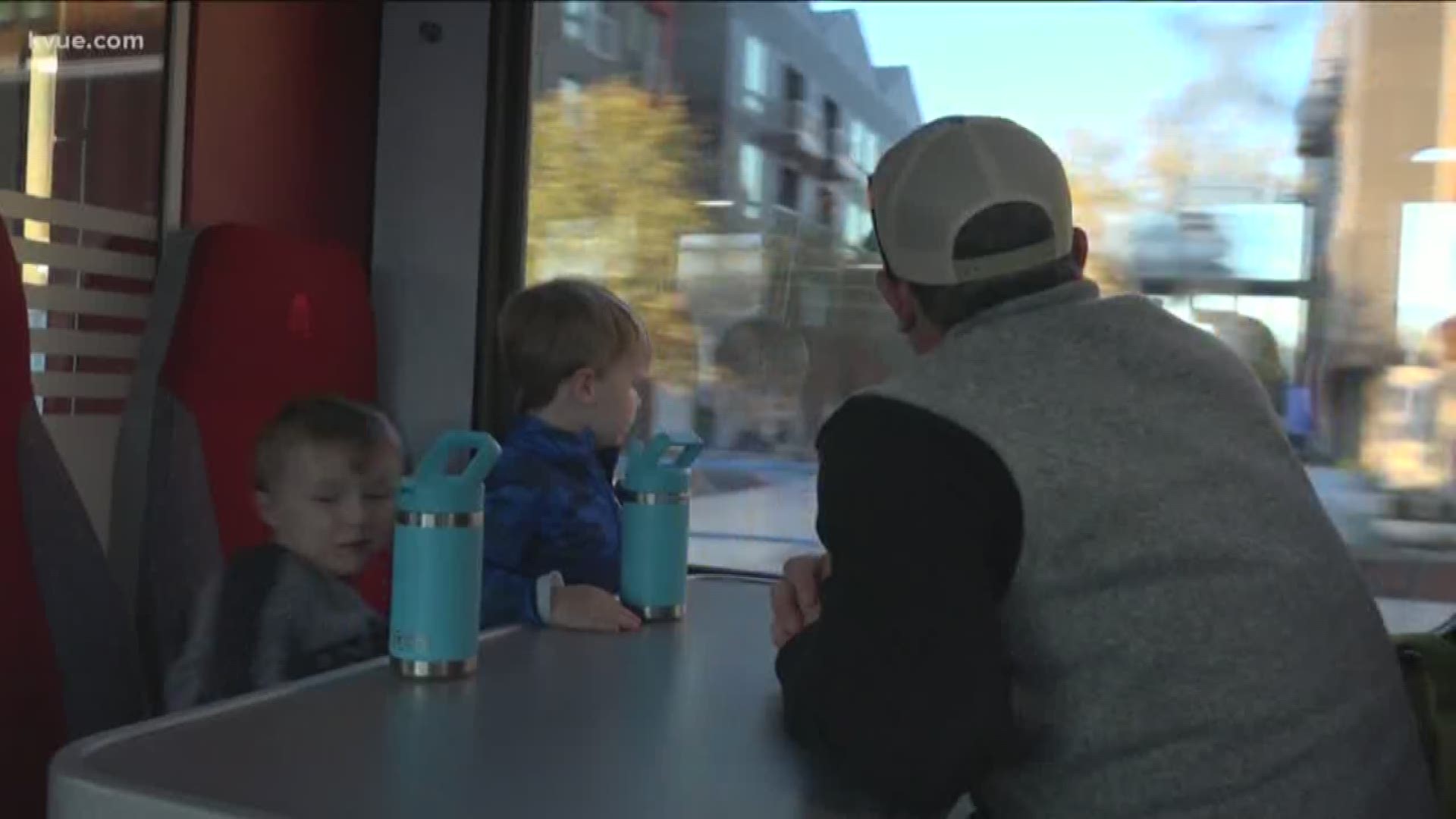 AUSTIN, Texas — Back in June, CapMetro suspended the MetroRail Saturday service in Austin – the train that runs from Leander to Downtown. As of Jan. 11, the trains resumed running the rails.

“If I lived up north and worked downtown, I would 100% take it," Jamie Rosenthal said.

Rosenthal and her family live downtown, but made the trip up to the Kramer Station just so she, her husband and their three kids could ride the rails for the first time together.

“It was really exciting as a 6-year-old, so thought it would be fun do that as opposed to just driving," Rosenthal said.

The family took the train downtown for dinner, then rode back north to get back in their car and drive home.

For lifelong Austinite Brahm Rocamora, he's excited to see the train back up and running.

“Downtown Austin is such a central point to everything," Rocamora said. "It’s really a nice ride. It’s smooth. You can work. There’s tables to sit and study. It’s nice to not be behind the wheel and have nice, trustworthy transportation.”

The Saturday service will have more frequent rides according to CapMetro's schedule, as well as later trains running, providing transportation after midnight.

CapMetro's Saturday service was suspended back in June 2019 because the transit authority was doing construction on the new Downtown station, and to make sure the trains were compliant in Positive Train Control.

Rocamora hopes to see CapMetro continue expanding service to Austin suburbs like Pflugerville and Round Rock in the future. Other Austin residents hope to see it grow even to Georgetown.