Residents in the area of Exposition Boulevard can get free rides to two bus stops as part of a pilot program. 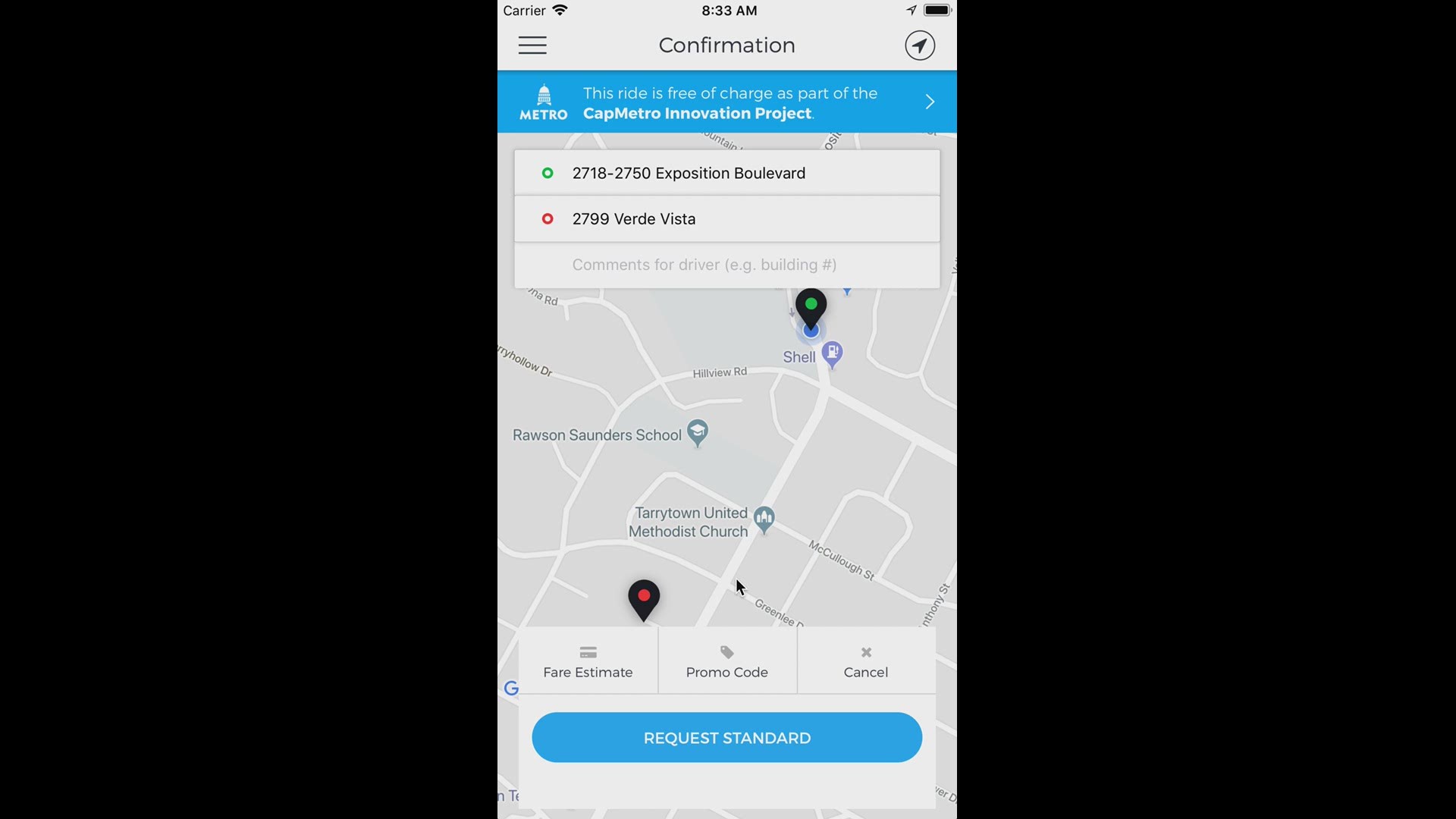 AUSTIN — Capital Metro and RideAustin are teaming up to give West Austin residents free rides to two bus stops as a part of a six-month pilot program, according to a press release from the transit agency Thursday.

The trips are available weekdays from 7 a.m. to 7 p.m. for the next six months. When booking one of these trips, the RideAustin app will show a banner that says, “This ride is free of charge as part of the Cap Metro innovation project.”

Capital Metro customers who need wheelchair-accessible vehicles or are unable to use the RideAustin app, can call 512-369-6200 to have a ride reserved for them.

"While providing much more service to Central Texas residents, it does remove direct bus service from some parts of the Capital Metro service area. A portion of Exposition Boulevard is one of the corridors that is losing service," CapMetro said in a statement. "When Capital Metro’s board of directors adopted the Cap Remap service change in 2017, board members directed staff to consider how the agency could still serve residents of this part of West Austin."