The transportation agency unveiled the plan earlier this year. 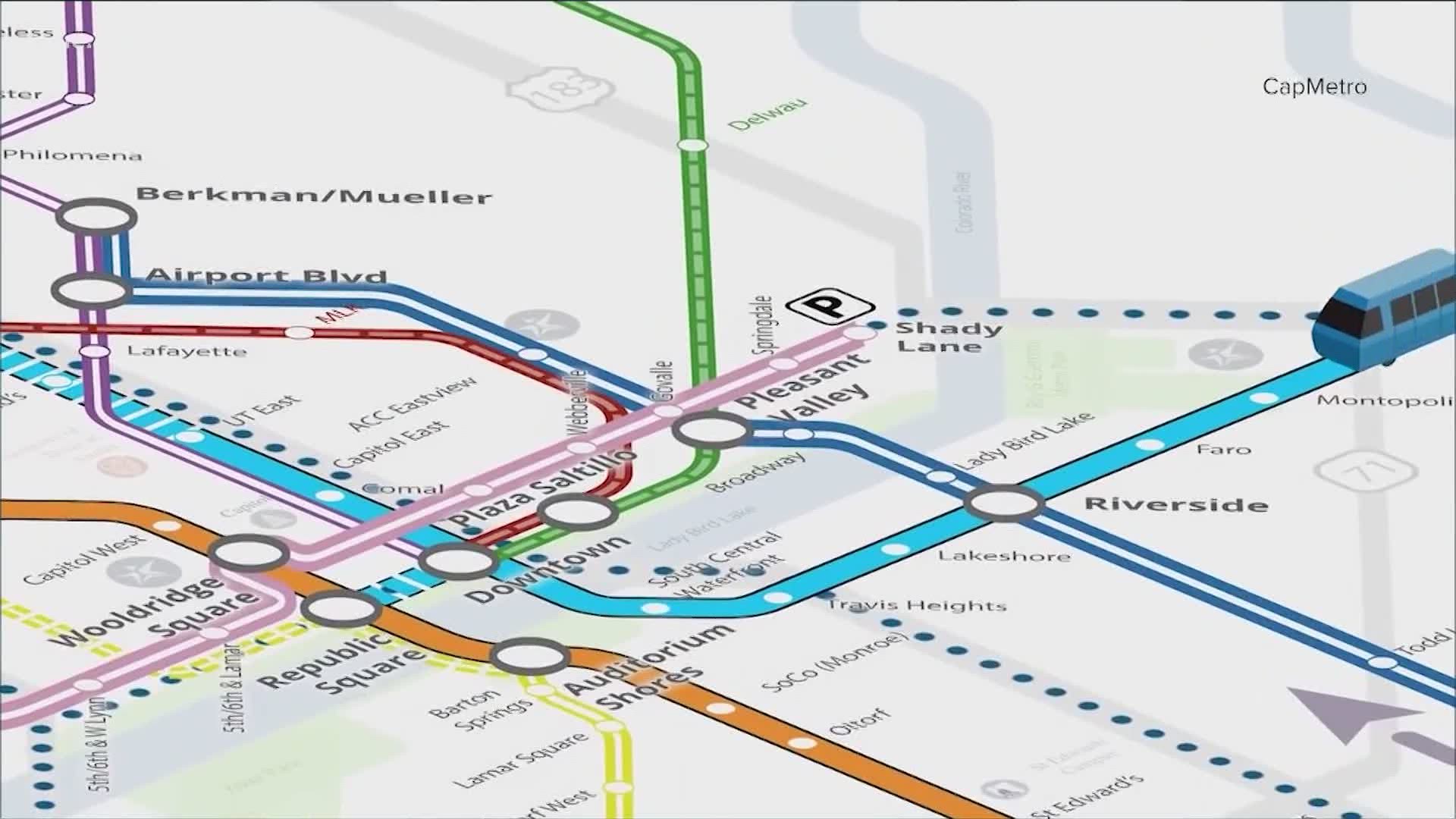 Capital Metro held a town hall Thursday evening about its plans to massively overhaul public transportation in the city of Austin.

RELATED: Traffic in Austin ranked one of the worst in the United States, report says

Now, CapMetro has proposed a third light rail line called the Gold Line. It would run six miles between Downtown Austin and Austin Community College's Highland Campus. It would also have a stop at the University of Texas at Austin.

CapMetro CEO Randy Clarke said Austinites need to think big to avoid the pitfalls of the past.

"We're rapidly growing. Everyone knows that. Historically, people talk about [how] we didn't plan for our growth maybe as smartly as we should have, and people want us to finally kind of address these significant mobility issues," he said at the town hall.

The plan could cost nearly $10 billion. Austin city leaders will decide June 10 whether to adopt the plan.

If approved, voters will make the final vote in a referendum in November.