The new downtown station will have a larger platform to allow more trains to travel downtown. 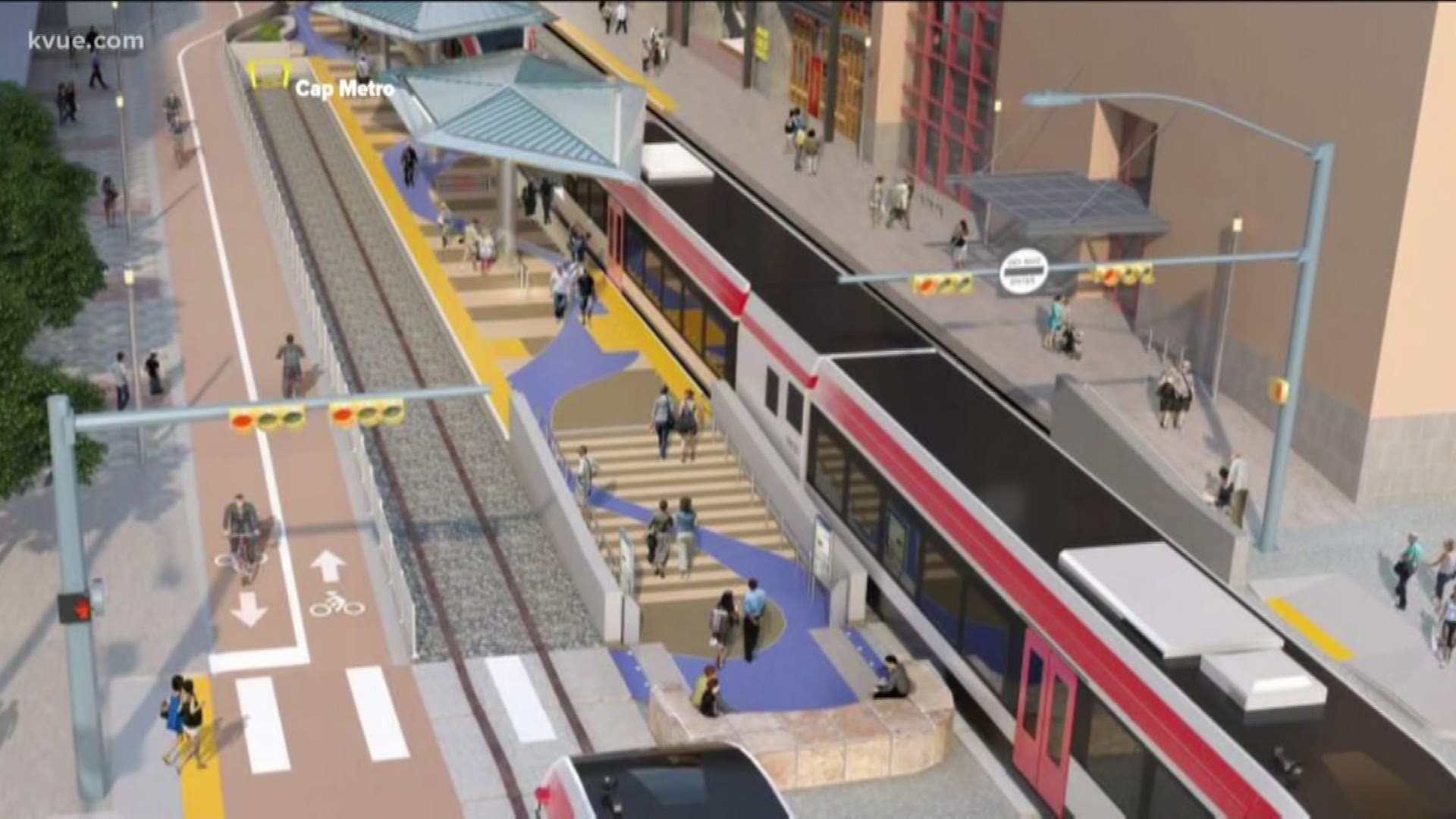 The new downtown station will have a larger platform to allow more trains to travel downtown. It is expected to open in the spring of 2021.

Some concerned about intersection after CapMetro bus crashes into home

The $37 million project is planned to make room for commuters and tourists.

According to Capital Metro, the downtown stop is its busiest rail stop and it happens to be its smallest.

Once the station is finished, it will have two platforms and three tracks – compared to just one platform and one track currently.

It will be located on Fourth Street between Neches and Red River Streets. Mayor Pro Tem Delia Garza said the expansion prepares for all the people moving in.

"Part of a growing Austin is making sure we're improving our public transit system," said Garza.

Melissa Rodriguez, an ACC student who uses the rail, said the stops are not frequent enough.

"That's a huge inconvenience for people trying to get across the city," said Garza. "It's only one rail system when it should be two. It's not open on Sundays."

The agency said it wants to add three more commuter rail lines: An orange line along Lamar, a blue line from the airport and green line to Manor.

That is part of the agency's 20-year long range plan "Project Connect."

"If you want to know why we have the congestion that everybody's talking about," said Mayor Adler, "you don't have to look much farther than looking at those numbers."

A $50 million TxDOT grant made the new downtown station possible.

In addition to more tracks, the station will have canopies, more ticketing and seating areas.

Mayor Steve Adler said the council is trying to get half of Austin commuters to use transit by 2039.

“If we don’t do that in a city that’s going to grow by 2 million people in about that same period of time, with a road system projected to only grow by about 15 percent, we’re in trouble," said Mayor Adler.