Capital Metro is getting rid of 15 routes across the city -- 13 of which will be replaced with alternatives. 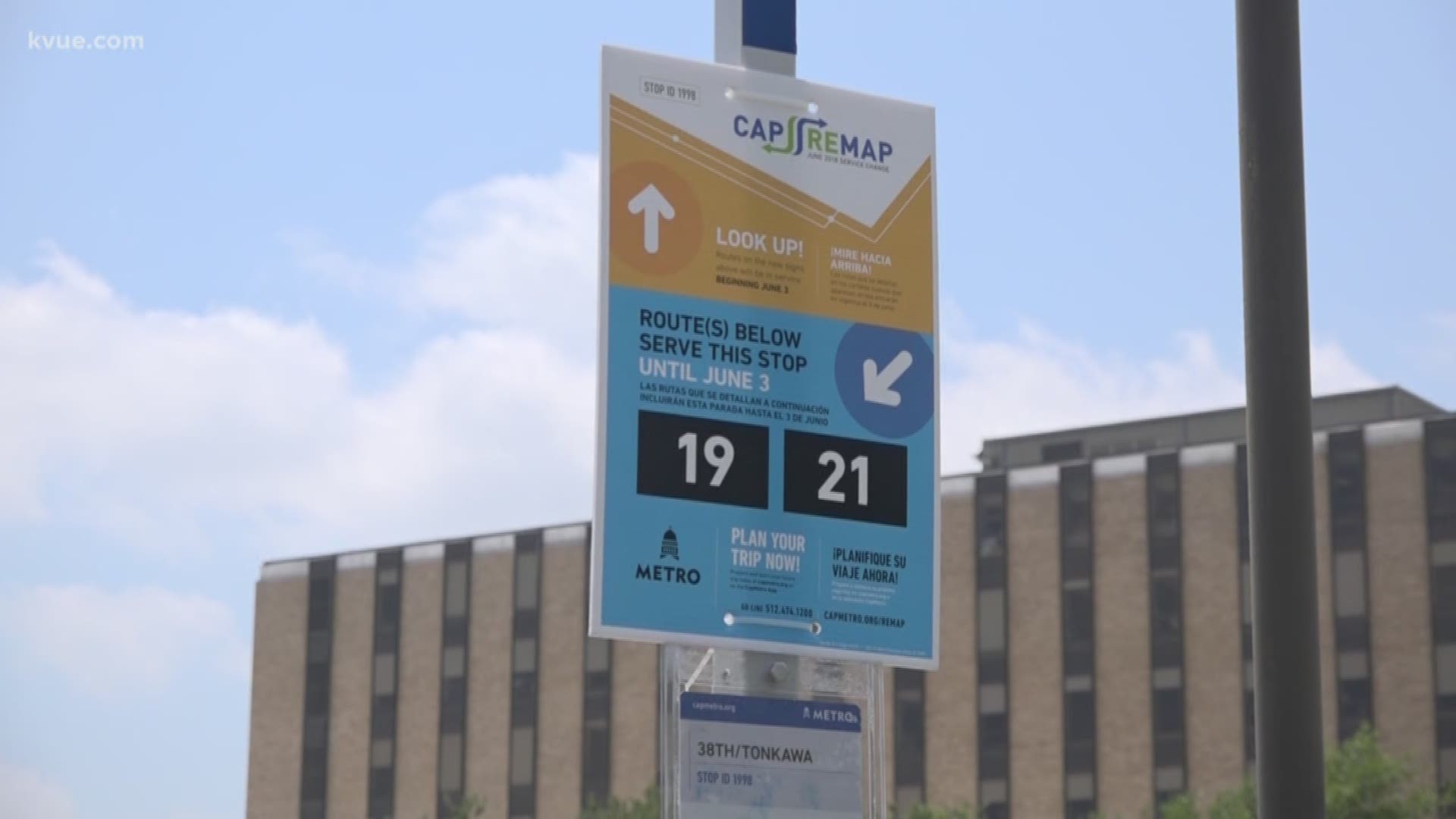 Capital Metro is getting rid of 15 routes across the city -- 13 of which will be replaced with alternatives.

But to make that possible, less-popular routes were eliminated.

For Kathy Hurta, a south Austinite, the alternatives and changes are just too much.

"Walking 10 blocks in the heat is going to be devastating for me,” Hurta said.

She suffers from intense arthritis in her lower back and visits three different specialists regularly.

"In the heat and being disabled,” Hurta said. “It's going to be very hard for me.”

She walks 10 blocks to get to the St. David’s North Austin Medical Center from her home down south because Route 240 is being removed.

The alternatives are transfers between the 801 and 325.

"I'm very independent,” Hurta said. “I like to get up and go just anytime I want to. I still do but it takes me longer now."

Hurta’s bus route to church also changed. Route 5 used to take her to 40th and Speedway, but now, she walks three-to-five extra blocks.

Capital Metro said they changed the routes because of feedback from riders during a 15-month study.

"What we kept hearing overwhelmingly from the community was that they wanted a high frequency network,” said Jackie Nirenberg, community involvement manager for Capital Metro.

Nirenburg said Route 240 does not meet the threshold.

This leaves folks like Hurta, with a difficult alternative.

"I understand that some buses, they may not get as many riders on one particular route,” said Hurta. “But for somebody like me that has to walk ten blocks, it's a lot for them to do."

For specific changes to routes in your neighborhood CLICK HERE.

The solution Cap Metro has for riders whose routes are being eliminated. The agency is testing a pilot program to get people to their bus stops, especially if they are disabled. It's called the "First and Last Mile Connection."

Cap Metro estimates the program will be working by fall 2018.

Cap Metro also encourages you to voice your complaints by contacting them through capmetro.org/remap.