Campaign aims to slow down speeders in Mueller Park

The I Drive 25 campaign is urging people to crack down on speeding in Mueller Park. 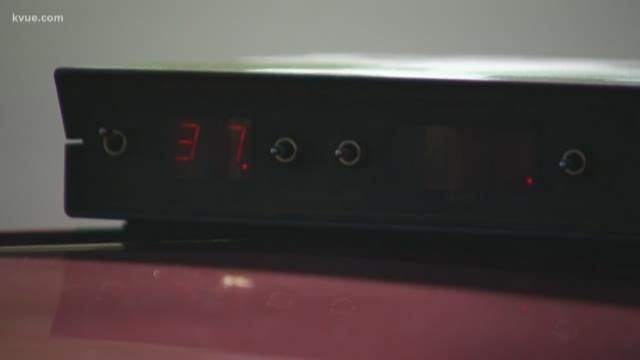 As cars drive by on Zach Street in Mueller Park, Kathy Sokolic is watching them. She's not a cop But she has a speed gun in hand and she records just how fast people are driving.

Sokolic is a 10-year resident of Mueller Park and she said recently her neighborhood is a prime target for speeders.

The need for speed in Mueller Park has Sokolic doing double duty. When she's not watching drivers, she's trying to get them to slow down.

Sokolic and her neighbors are spreading the word about I Drive 25 campaign.

The goal of I Drive 25 is to stop drivers from unsafe driving habits like speeding, rolling stops and texting while driving.

"We have very narrow pedestrian-friendly streets with a lot of pedestrians and bicyclists, a lot of children and a lot of pets," Sokolic said.

KVUE was with Sokolic as several drivers did above the 30 mph speed limit. The highest our cameras captured was a driver going 38 mph.

Sokolic said even that can be too much.

"I feel like people maybe don't understand the implications of just what happens when you hit someone with a car," she said. "It doesn't necessarily impact that person, their family, it impacts the entire community."

Sokolic is now looking for ways to deal with the fast drivers, other than the speed gun. She and her neighbors also plan to take this issue to the Austin City Council. They're hoping this area can be used in the slow-zone pilot program.