Woman hospitalized after car lands in tree in Caldwell County 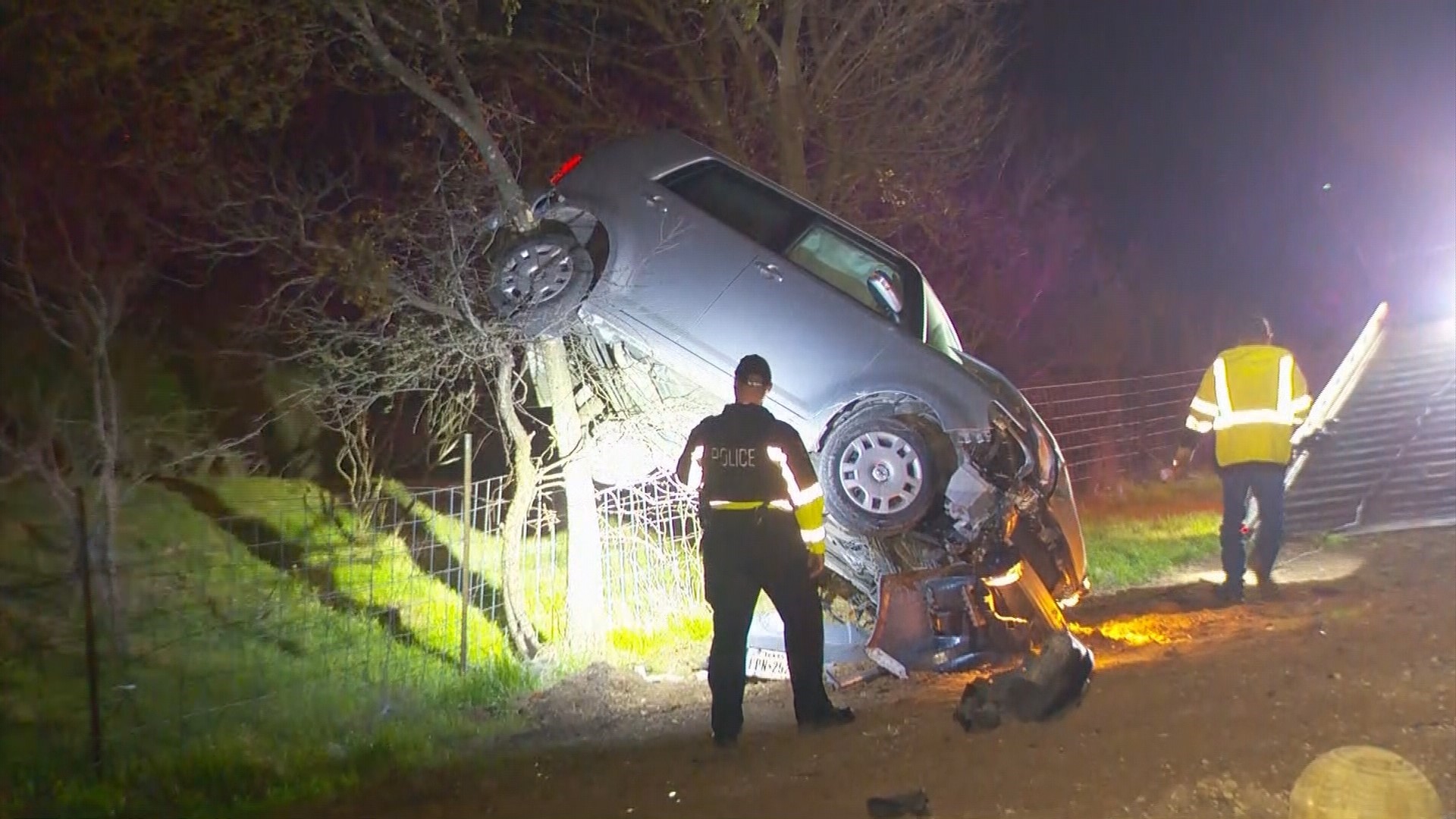 AUSTIN, Texas — One woman has been hospitalized after her car landed in a tree early Monday morning.

The woman claims she was run off the road by another driver. The woman's husband told KVUE the other driver was being aggressive when his wife hit a guardrail and landed in the tree.

The car's back tires were stuck in the tree with the front tires on the ground.

The woman is expected to be OK, and Caldwell County deputies are investigating.