Max Kilgore was just in town visiting a friend that night when bullets went flying. One of them hit his rib cage and could have punctured his kidney. 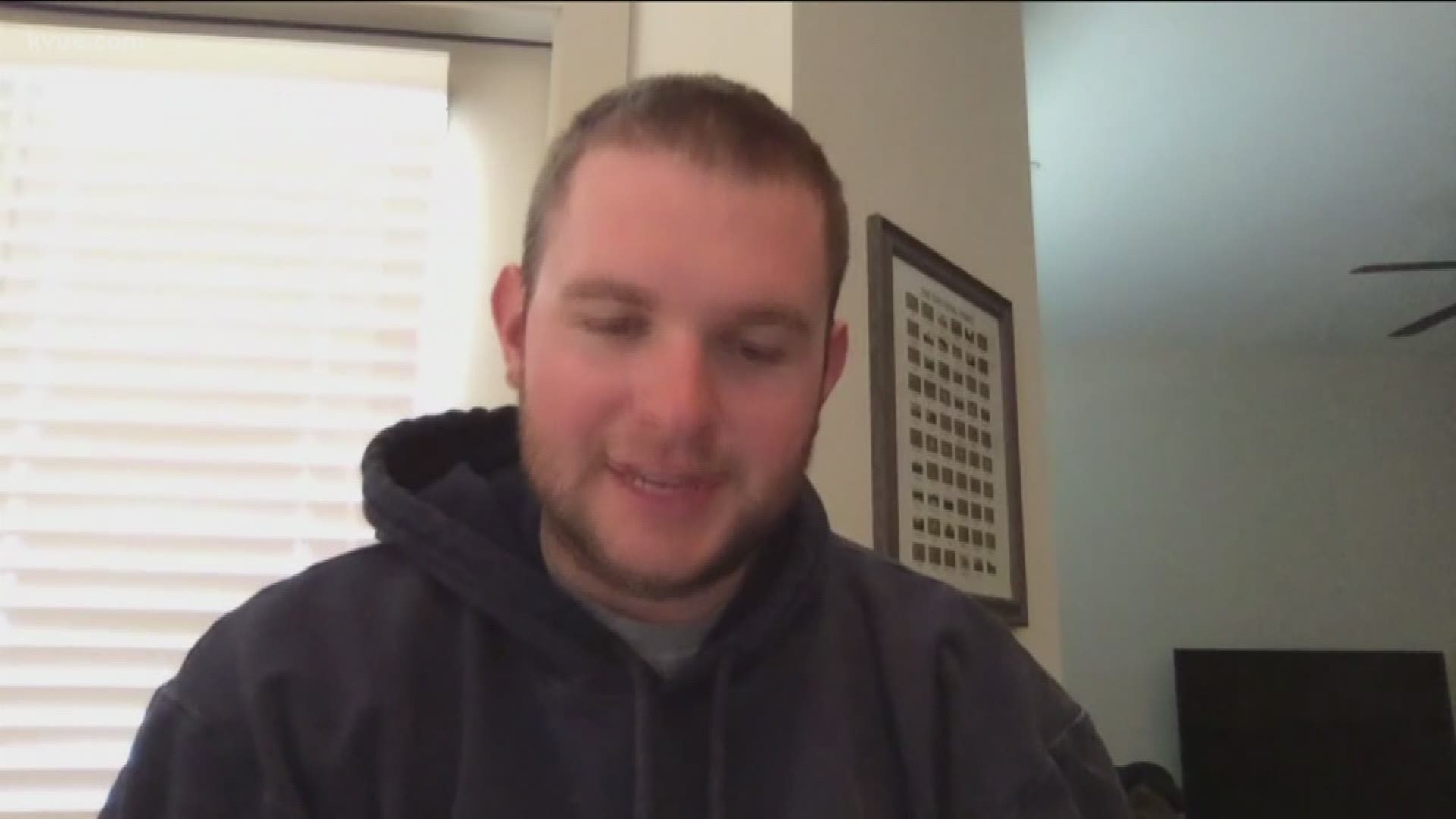 AUSTIN, Texas — He wasn't the target but he was in the line of fire that left one man dead.

Max Kilgore from Midland is recovering after an officer-involved shooting in downtown Austin over the weekend.

Kilgore was just in town visiting a friend that night when bullets went flying. He said one of them hit his rib cage and could have punctured his kidney.

“This comes on the heels of what has been a violent weekend in Austin,” said Austin Police Chief Brian Manley.

RELATED: Police to review Austin shootings with SXSW, provide details on each incident

It’s one shooting with an unintended target.

“I hear pop, pop, pop,” said Kilgore. “Right when I heard that third one I felt that burning sensation on my right kidney area.”

Kilgore was walking with a friend on 7th street in downtown Austin early Sunday morning when he got shot. What he didn't know is that moments before, a Chevy and Maserati crashed near 7th and Neches, which led to a fight, shots were fired, then police got involved.

“The suspect at this point fires at the officers, our officers return fire as the suspect was getting in the vehicle and then both of those vehicles fled the scene,” said Chief Manley.

“The cops are running towards me and I'm running towards them, and I'm saying, ‘I got hit, I got hit,’” said Kilgore. “You don't think about what could have happened until a few hours later when you're like, man, I could have easily gotten killed right there. Without a doubt a bullet to your kidney can easily be a fatality.”

The bullet went through his denim jacket and all the bullet did is graze his right rib. It was a close call and he said he knows what saved him.

“There's no doubt about it that's a God moment right there, whether you believe in it or not -- perfect angle, situated, caught in the line of fire and barely misses you without a scratch," said Kilgore. “I'm just thinking it wasn't my time to go.”

After the shooting, police found a man dead in the Maserati. As for Kilgore, he said this is an example of why he won’t be taking life for granted.