An Austin woman hopes supporters can save her family business off Barton Springs Road. 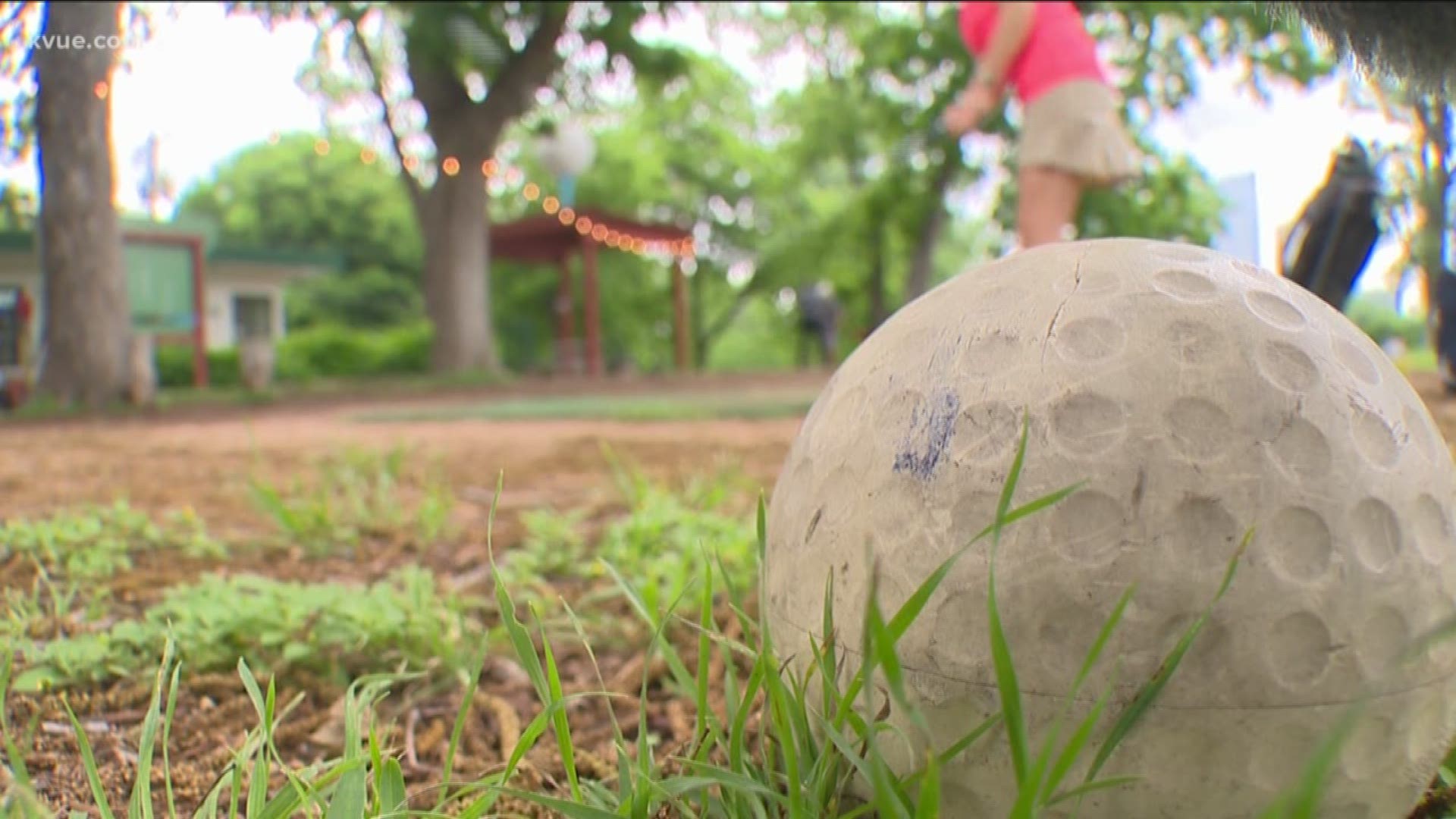 AUSTIN, Texas — The giant golf ball next to the little white building with the green roof is Butler Park Pitch and Putt.

It's tucked between Riverside Drive and Barton Springs Road in South Austin. It's a nine-hole golf course with a downtown view. It was built more than 70 years ago by Lee Kinser's family.

"They built the golf course one hole at a time," said Kinser.

Changes on the way at Zilker Park to solve parking problems

But now she said she may lose it all, all because of a line she inadvertently left blank. Kinser said the documents are part of a bidding process so she can lease the land Butler Park Pitch and Putt sits on – land the City of Austin owns.

"They emailed me later that evening saying that we had omitted one signature and so we were disqualified," Kinser explained.

Now she's left out of the entire process, which means, as of Aug. 12, her lease runs out at Butler Park.

"I'm disappointed, I can say that," Kinser said. "We've been here for this long. I mean, this golf course is not just a job for me, it's family. I love this place."

Old and new customers are also disappointed. For example, Casey Cox has been coming to Butler Park for 10 years.

"I think they should give her a break, like I said, longevity, she's been around a long time, done a lot for the city and she's just one of the greatest ladies I know," said Cox.

Barbara Burke is a native Austinite who said she is a little embarrassed it took her this long to visit Butler Park.

"I think it's absolutely ridiculous ... and take away something that is iconic to Austin and a sad situation that shouldn't be in play," said Burke.

But Kinser has one last play.

Butler Pitch and Putt
Friends of Butler Park Pitch & Putt, I'm writing to humbly request your support! Earlier this month, the City of Austin solicited new bids for the contract for the course I have successfully...

She's posted this letter on the Butler Park Pitch and Putt Facebook page where she asked supporters to reach out to the city council.

Because all she wants is a fair shot.

"It's not over until June when city council decides, so hopefully sometime in between, and say, 'Well, this really wasn't fair and we'll let her be considered along with everybody else,'" said Kinser.