Police believe that alcohol played a role in the crash. 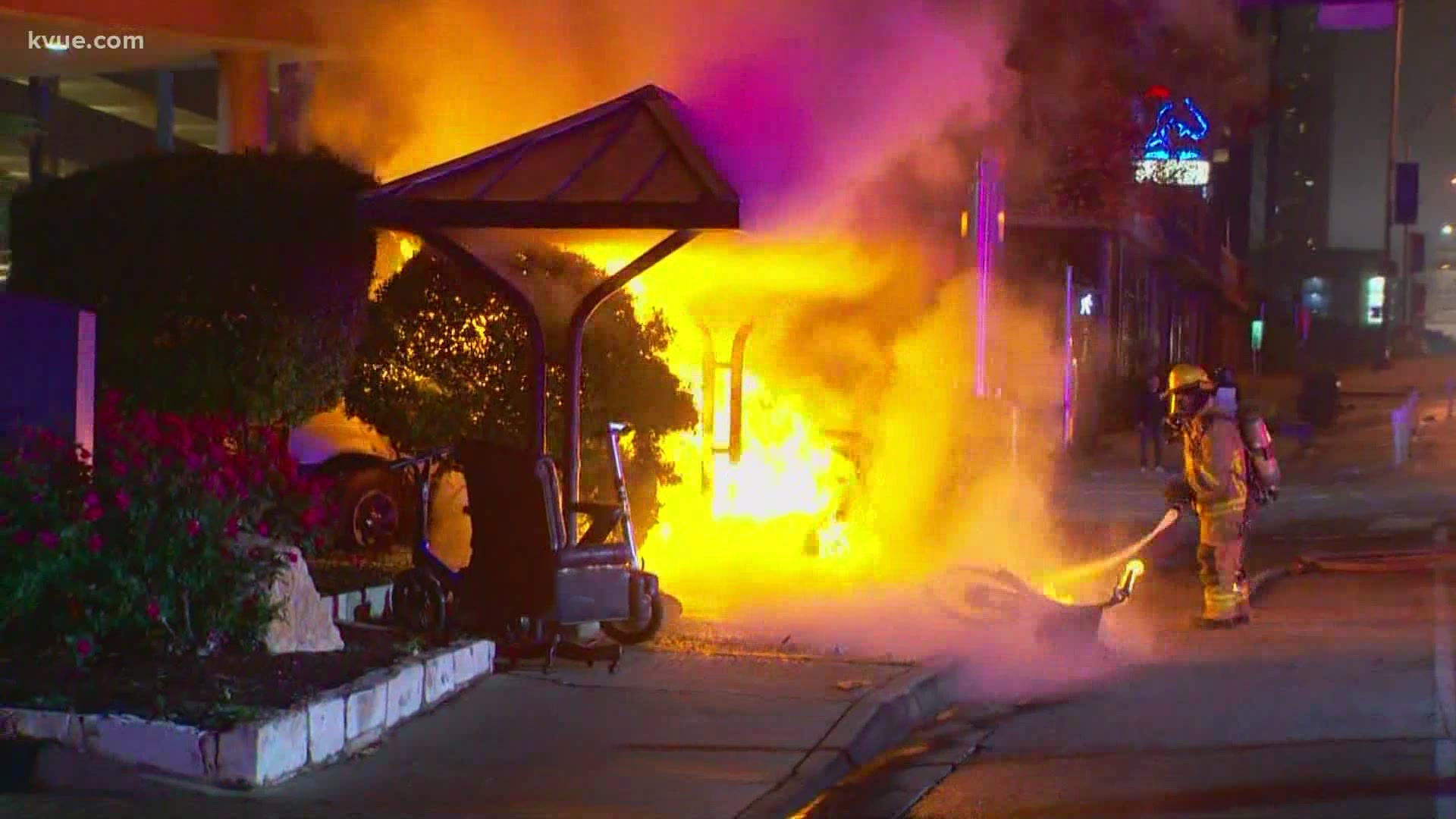 AUSTIN, Texas — A man is expected to be OK after a fiery crash early Friday morning near the Embassy Suites on South Congress Avenue and Barton Springs Road.

The crash happened around 2 a.m. Friday. Austin police told KVUE the man crashed his truck into a bus stop and it caught on fire.

He was taken to a local hospital and he is dealing with serious burns. Multiple people saw the crash and said the driver was able to get out of the car on his own, though some people did have to help pat flames off of him.

The man was the only person hurt in the crash. Police believe alcohol played a role.

This crash wasn't the only one Central Texas first responders were called to overnight. A driver in Cedar Park had to be rescued after crashing his car into the water near Parmer Lane and Casitas Drive just before 11 p.m. Thursday.

That driver is OK, but firefighters had to pull him out of the water. The cause of that crash is unknown at this time.