Creepy crawlies of Texas: Why bugs are so important to the Lone Star State

Butterflies, crickets and one of the largest insects in North America: Texas has them all! 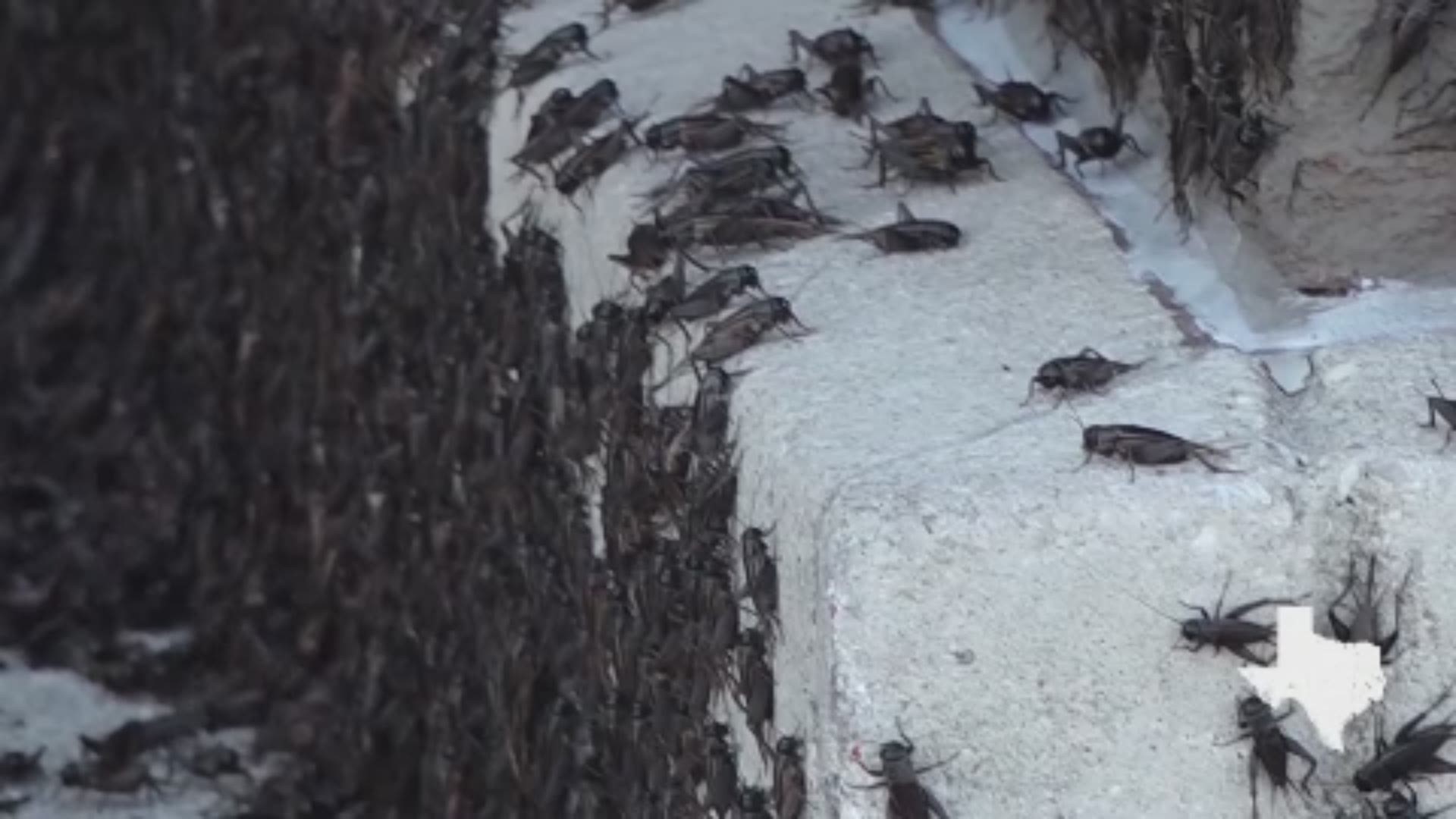 AUSTIN, Texas — Bugs, creepy crawlies, insects – whatever you call them, most everyone has an opinion on them.

"They basically make the world run, and if they were to all disappear, we'd all pretty well be doomed," said University of Texas Curator of Entomology Alex Wild.

The first thing you need to know about bugs in Texas is that there are a lot of them – so many that no one knows how many species there are.

Texas also has one of the largest insects in North America. It's a stick insect called megaphasma, and it live in the trees.

We also have crickets, as many people in Austin know from last year's large invasion that shut down businesses. In fact, the best part of the cricket invasion was this video of KVUE reporter Luis de Leon.

Moving on from crickets, there's also a brand-new discovery. The rodeo ant gets its name because it is a parasitic bug that rides on the back of the big queens, sneaking its eggs into the brood pile.

Speaking of ants, many people associate fire ants with Texas, but they aren't from the Lone Star State. They are here now, though, as anyone who has been stung by fire ants knows. If you're looking for advice to not get stung, Wild has you covered.

"I hardly ever get stung just because I'm such an ant nerd. As a matter of self-preservation, you should be interested in ants. That way you never have that problem," said Wild.

Luna moths seen in Central Texas: What to know about these beautiful insects

That leads me to two things Alex wants you to know about bugs. The first is that if we all got to know the bugs better, we'd probably like them a little more, and second, when you see a bug it's not out to get you.

"Unless it's a mosquito – those are another story," Wild said.