Staff members said a vehicle drove partially through the exterior wall to dislodge the machine. 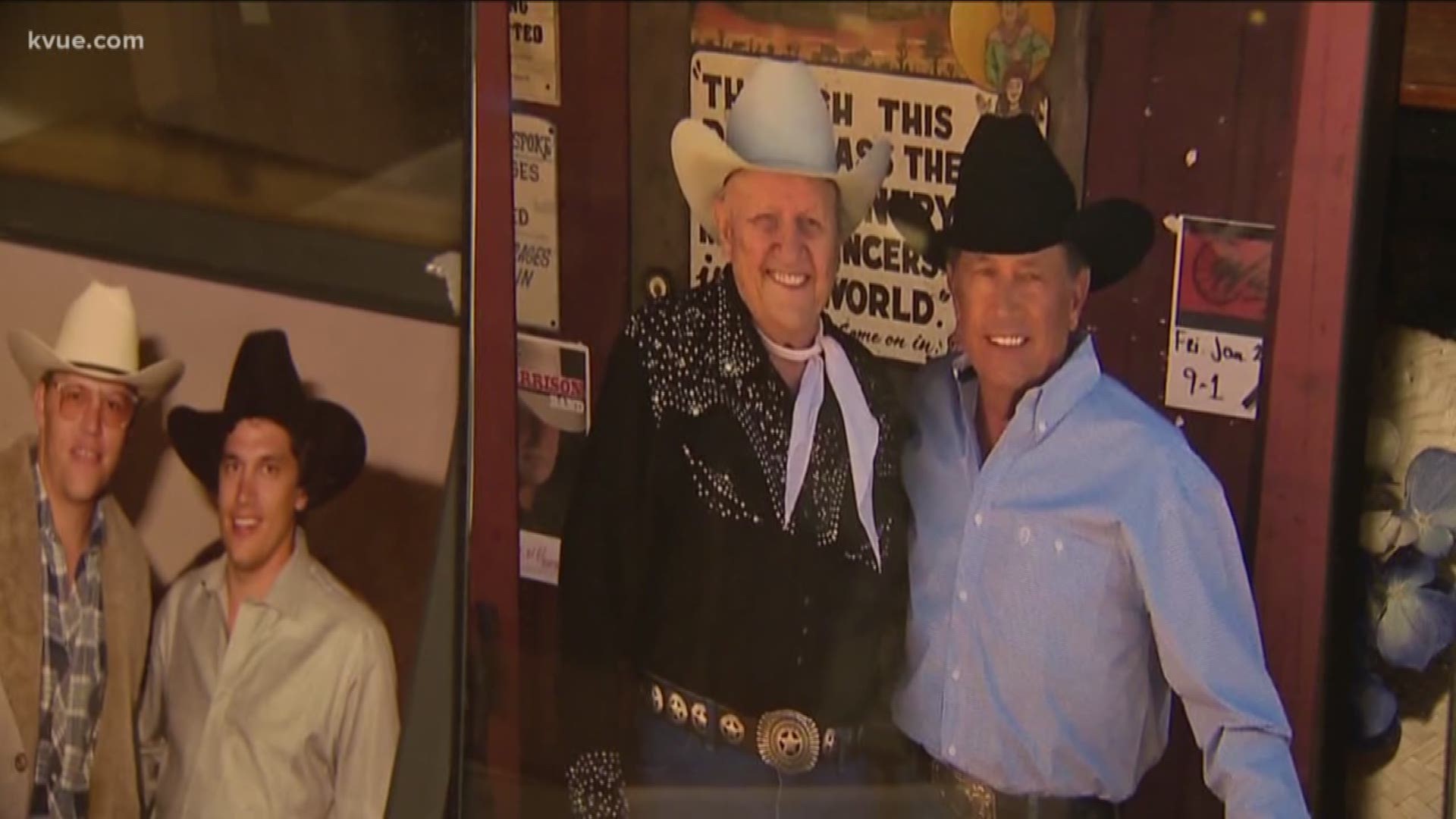 AUSTIN, Texas — The Broken Spoke, one of the country's oldest dance halls, was found damaged Tuesday morning in an ATM theft.

Staff on scene told KVUE that the ATM was stolen and a pickup drove partially through the wall.

They said the machine was bolted to the pavement outside the entrance. The suspect's vehicle slammed it several times to dislodge it, causing damage to the building.

The Broken Spoke is located on South Lamar Boulevard. Country music legends such as George Strait and Garth Brooks have performed there.

James White, the 50-year owner and creator of the Broken Spoke, said they were already struggling with closures due to COVID-19.

"I feel real bad about it," he said. "It's just that they keep throwing stuff at me, like ... they've closed me up twice, and now for this to happen. It's a tough pill to swallow."

Surveillance video caught the incident on crime. Police are currently looking for the truck.