The man said he flashed his lights at the truck to tell the driver his brights were on, and that's when the light appeared. 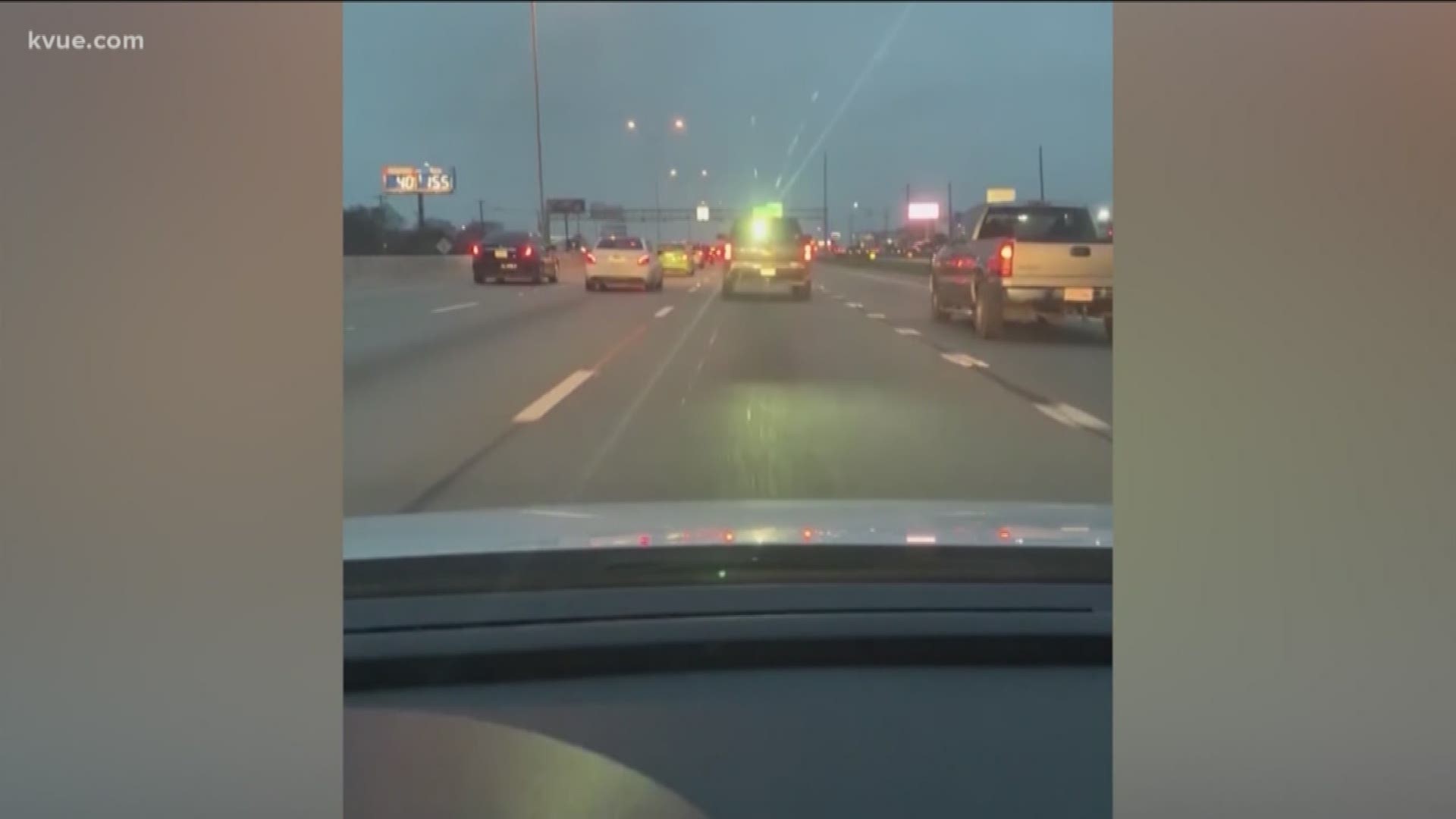 AUSTIN, Texas — A man claims road rage caused a bright light to come from the back of a driver's truck, blinding his view while driving.

Isaac Zapata said he was driving to work on Interstate 35 on Thursday morning when the truck behind him appeared to have its brights on.

"This guy had these ultra white bright lights behind me," said Zapata. "I just let him come around me ... just letting him know like, 'Hey, man.'"

He said after he flashed his lights, a very bright light came from the back that blinded his view.

"I thought it would stop but it didn't, so I had enough time to just pull my camera out and start recording," said Zapata. "I wasn't able to see. I was kind of just keeping my pace with the cars next to me so I didn't veer too much."

In the video, you can see Zapata eventually pull up next to the driver and the light is then shined again through the window.

Some words were exchanged before the encounter ended, and Zapata called police. Ultimately, he just hopes it doesn't happen to someone else.

"I feel like I probably could have been a little more patient with it, but it's upsetting," said Zapata. "You're going to honk; you're going to alert somebody; you're going to flash somebody if you know they're doing something out of line, but to go that far it's definitely uncalled for and it's dangerous." 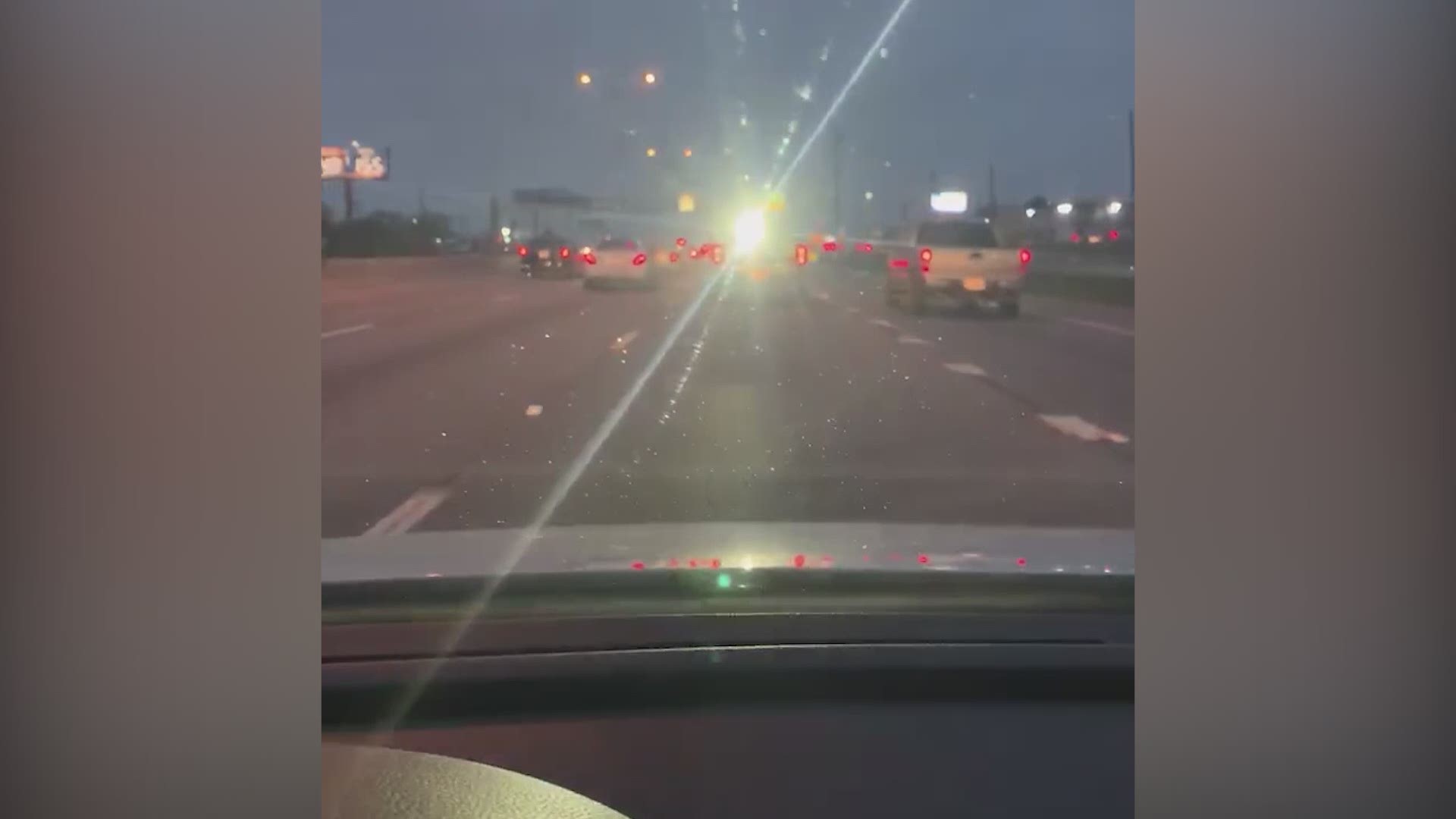 Austin police said in this situation, a driver should get away from the other car and get to a safe location, call 911 and to never engage with the other driver.