San Marcos has been dealing with rapid growth for years, but the growth stems from more than just the outlet malls and Texas State University. 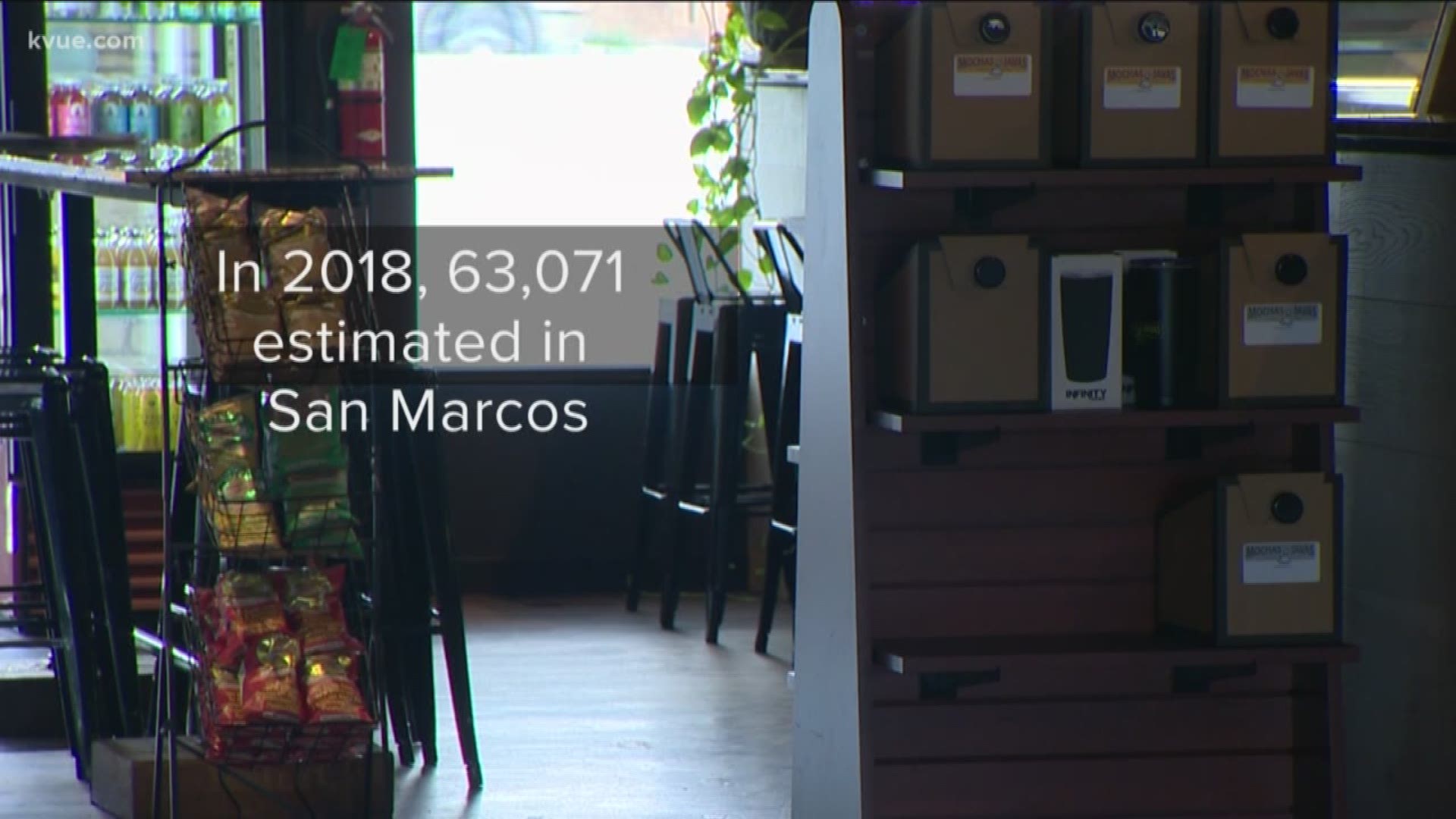 SAN MARCOS, Texas — For years, when you heard "San Marcos" the conversation was usually about outlet malls or Texas State University.

When you hear about growth there, you might assume the college is to blame. However, it's not just students, but more families and retirees moving to the area as well.

#SanMarcos used to only be known for its outlet mall and its university -- but now, that's changing. We'll have more on how the city is "booming" tonight at 10. pic.twitter.com/ejS6aAYwSH

For businesses in the area, seeing a growth in all age groups is good for the city.

That holds true for places like Mocha and Javas, a coffee shop whose first location is just off the campus of the university. The coffee shop primarily had students filling the seats before, but now it's a different community, according to owner Kevin Carswell.

"There's still a lot of students, but also more of the professionals, visitors, tourists, families coming to San Marcos as well," said Carswell.

Jason Mock, the president of the San Marcos Chamber of Commerce, said inside the city alone there are 3,000 businesses. The only way they're staying supported is with more people moving here.

"There's a lot of great things going on here in San Marcos and along the 35 corridor," said Mock. "There are more residents moving here than college students moving here, so we're seeing a great mixture, you know, we're blessed to have Texas State in our backyard and I think that's what makes San Marcos a great place." 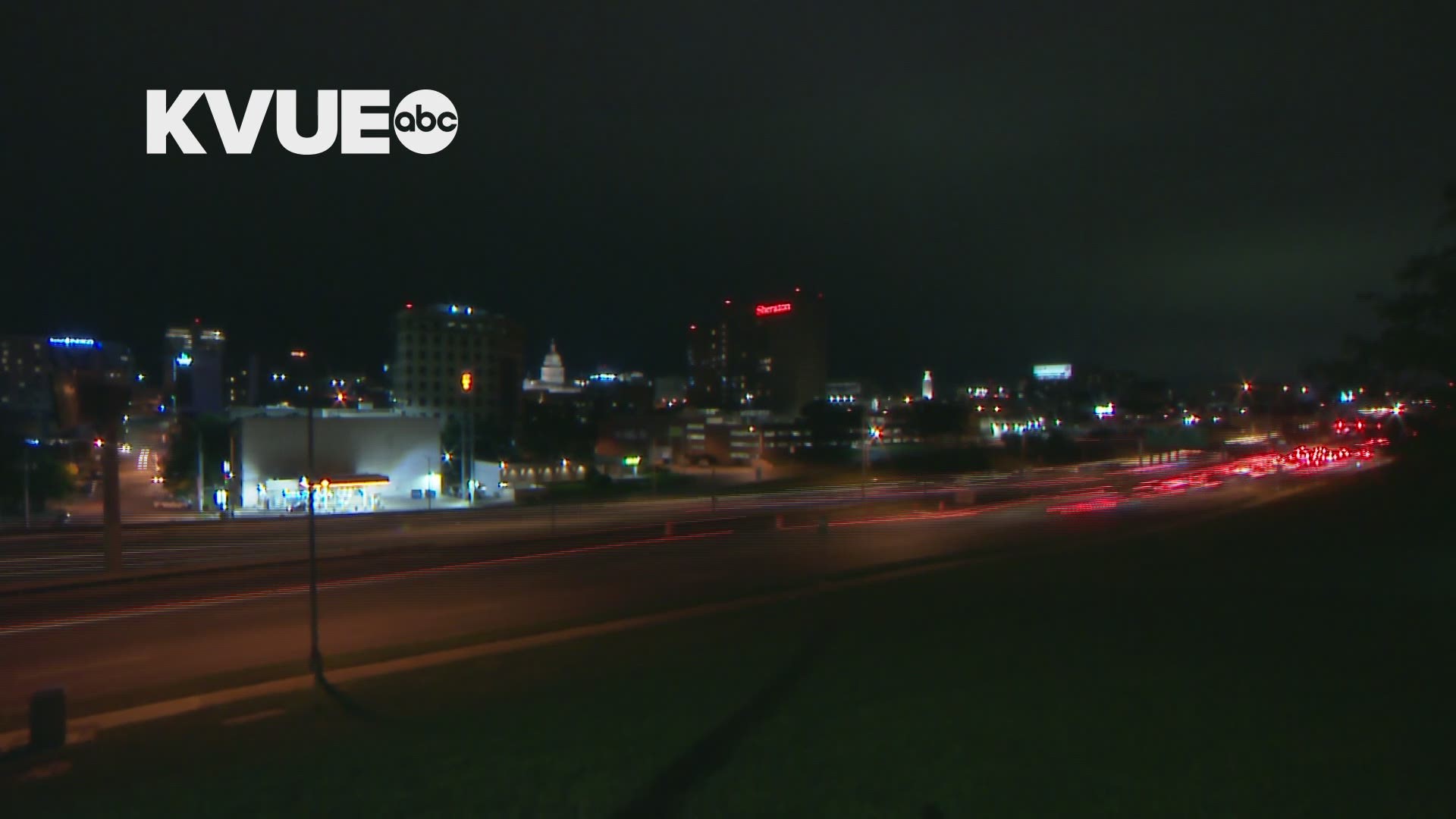 "In the next 20 years, we're gonna have another 30-50 thousand people living in San Marcos most likely," said Carswell.

Mock also said he believes San Marcos will handle the growth better than Austin, since they're preparing for it. Issues in infrastructure and traffic won't be as big of a problem.

Texas State is also growing. 2018 was the sixth year in a row of record freshman enrollment. But, according to Mock, there is a different community now calling San Marcos home.

"And that is that retiree market," said Mock. "That 55-and-older market ... and they have seen a lot of growth in there."

Kissing Tree is an active adult retirement community that's been building up for the last year. Mock said the community has seen success and there are a lot of activities that make it attractive for retirees to live there.

The town has had so much success, Forbes Magazine named San Marcos the best place to retire in Texas in their "Best Places to Retire in each State" article.

The city and surrounding areas have also seen growth for younger families, including the La Cima subdivision west of town. The growth of these two populations is what's changing the outlet mall and college community to an area filled with growth of local businesses and people.

Mochas and Javas coffee sees that growth and it has allowed them to build more stores beyond the city.

"You know, as we've opened five locations now, and we want to expand our business north and south of San Marcos," said Carswell.

It's a continued shot of espresso for not just the customers, but also the community's growth --growth Carswell and Mock both don't see stopping anytime soon.

Austin Boomtown's past, present and future: The KVUE live documentary