Congested roads, rising rents and property taxes are a few examples of Austin's booming economy. The city is expanding and so are its neighboring communities, such as Kyle and Buda. 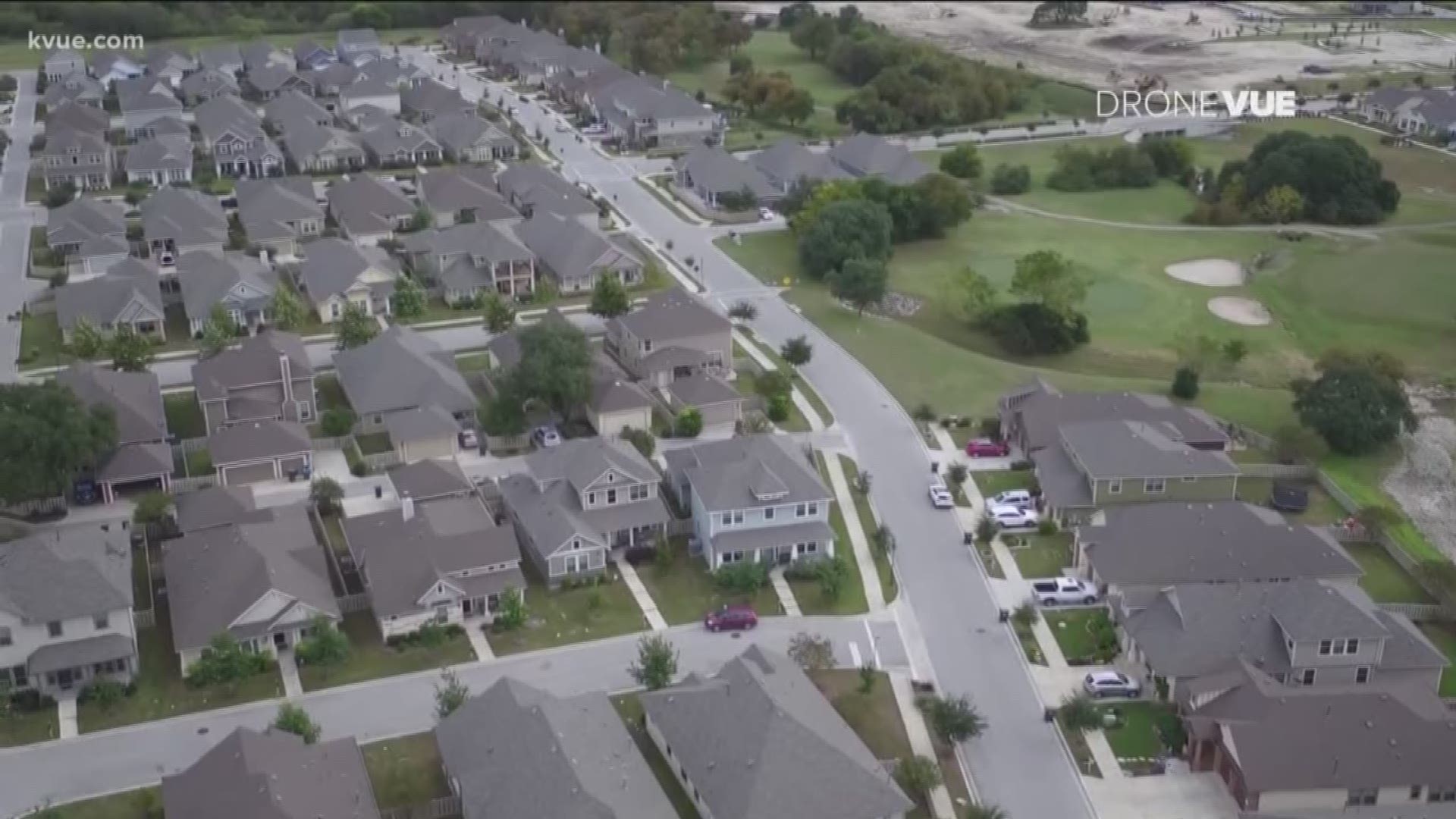 HAYS COUNTY, Texas — Hays County has become the fastest growing county in Texas, according to the U.S. Census, and that’s because of cities such as Kyle and Buda.

These are cities people used to pass by years ago, but now they’re drawing crowds of their own. Since 2010, Kyle has grown 80 percent and Buda has grown even more than that. For some, it’s the lower cost of living and the chance for new opportunities that have caused them to leave Austin and start a new life farther south.

PHOTOS: A look into Kyle and Buda's explosive growth

PHOTOS: A look into Kyle and Buda's explosive growth

“It was just a lot more affordable than the other places,” said Julian Hernandez. “We love the fact that Kyle sits right on 35, easy access to Austin, San Antonio, and San Marcos.”

Kyle: More than just the 'Pie Capital of Texas'

Just 20 miles south of Austin sits the self-proclaimed "Pie Capital of Texas" -- Kyle. You can see the growth in Kyle’s developing neighborhoods like Plum Creek. The city is not only opening its doors to new homeowners seeking affordability but it's also opening doors for others to live out a dream.

La Ola Pop Shop opened downtown just over a year ago, and its owners haven’t been in Kyle much longer. The owner of the ice cream shop Julian Hernandez said he and his wife Paulina moved from Austin to Kyle about four years ago.

“We knew we wanted to have a family and crime rate's obviously different, home prices and rents are different, and just the amount of traffic,” said Hernandez.

The couple had hopes of starting a family and creating a business of their own.

“It has taken some real investors to come in and see some vision in our downtown,” said Diana Torres, director of economic development for the city of Kyle.

Torres said it's businesses such as La Ola Pop Shop that have helped draw more people to the heart of the city.

The location in addition to an availability of land has its advantages.

“Fortune 500 companies are starting to show us some attention and love here so we're excited about that," said Torres.

But Kyle isn't the only city changing.

Buda: From a quiet farming community to a booming town between Austin and San Antonio

“It was a farmer's community, but now as you know it's just exploding with growth,” said Dodi Ellis, owner of Buda Mill & Grain Company.

Ellis has seen the transformation of Buda first hand.

“The mill belonged to my grandfather JC Ruby in the 60s,” said Ellis.

The Buda Mill & Grain Company located just south of downtown is still in the family after 54 years.

“When you'd drive by you kind of didn't look,” said Ellis.

That was years ago. That's not the case anymore.

“You see all these people in their 20s and 30s with their dogs and their children,” said Ellis. “It's just vibrant. We wouldn't be here if there wasn't all this growth.”

She and her family started renovating the mill in 2012 hoping to keep up with the changing times, so they restored its old barns and began bringing in new businesses, including eateries and retail shops.

Miller said the city is seeing lots of commercial development.

“We're working our way to becoming the health capital of Hays County with Baylor Scott & White, St. David’s and Ascension Seton all working on projects currently."

Traffic is a side effect of rapid growth. The city went from about 7,000 people to 16,000 in less than a decade. Neighborhoods such as Sunfield and White Oak Preserve continue to bring in more homeowners.

Austin natives such as Leon and Susan Mendez said high taxes and utilities prompted them to move.

“I didn't want to be too far from Austin because I like Austin but it was just everything was just so crowded,” said Susan Mendez.

Whether it's new faces or the familiar, the cities of Kyle and Buda are learning to welcome change.

“You can't stop growth,” said Hernandez. “You can't stop progress. You can adapt and hope that the city is in good hands with the people who are leading.”

A large number of people who live in Kyle and Buda still commute to Austin for work, but both cities are working to change that. Buda hopes to recruit higher-end tech offices and satellite offices to their city, while Kyle also desires to create more jobs in town to provide opportunities for those who live there to work there too.