Black is Beautiful beer making its way around the world, including Austin

Over 1,000 breweries joined the Black is Beautiful initiative, creating beer and giving the proceeds to organizations fighting injustice. 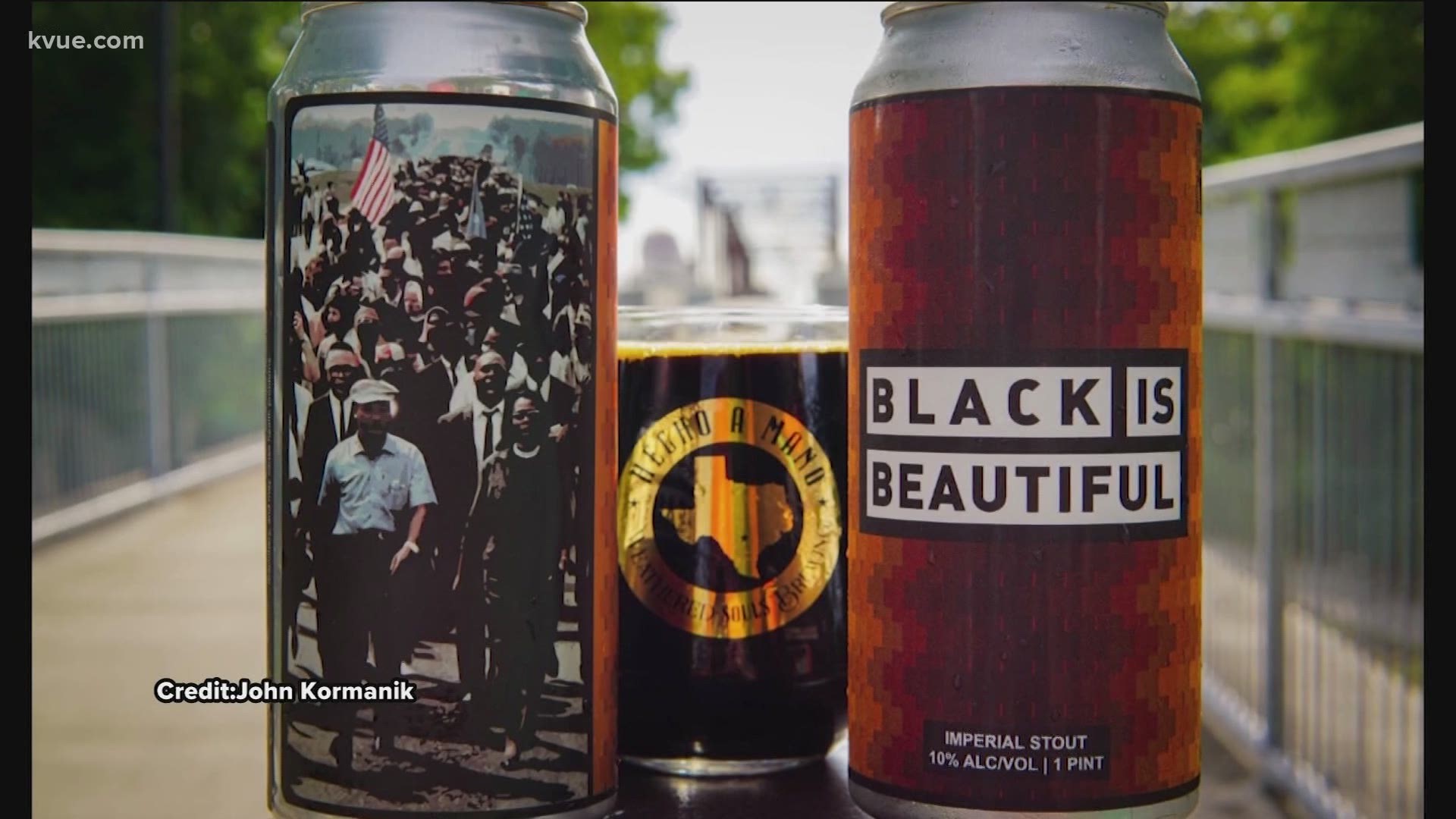 AUSTIN, Texas — The fight to bring equality to the Black and Brown community looks different for everyone and, for some breweries, it comes in the form of beer.

Zilker Brewing Company is one of over 1,000 companies in the U.S. and 20 other countries joining the Black is Beautiful initiative. It's using what it has to put a lid on racial injustice.

"I feel like beer is kind of a way to bring people together," said Zilker Brewing Company Co-Founder Patrick Clark.

The Black is Beautiful initiative was created by the co-founder of Weathered Souls Brewing Company, Marcus Baskerville.

"As a black business owner, as a father, as somebody who is out in the community, I had to figure out a way to get back," said Baskerville.

The black entrepreneur created an imperial stout called Black is Beautiful and challenged other breweries to do the same and give all proceeds to local organizations fighting injustice and against police brutality.

"The cans sold out the first weekend," said Clark. "We still have half a keg left on draft "

Clark said Zilker Brewing Company will be donating all of its proceeds to The Austin Justice Coalition, a racial justice group that works to educate and build the black and brown community.

The organization's founder, Chas Moore, said they already have plans for the donation.

"We have our community reinvestment fund that we want to kick off," said Moore. "We take a percentage of the money that we get in donations and then we'll literally just give it back into the community, whether that's building something or helping repair something."

Baskerville said he was hoping to get 200 breweries to join his initiative but, surprisingly, over 1,000 breweries in the U.S. and across the country have become allies.

"To see this many breweries get involved to try to get back to their communities in, and want to participate, is a very humbling experience," said Baskerville.

To keep the conversation going, Zilker Brewing Company will release the beer again with a twist in about a year.

"We also set aside half the batch because it's a 9% coffee stout and we thought it would go really well-aged in whiskey barrels," said Clark. "We've got some of these barrels from Tony's distilling and so we're going to let it sit for about nine to 12 months."

Baskerville is challenging other industries to get involved, not just now but for the long run.

Here is a full list of breweries where you can find Black Is Beautiful beer.