Across Austin, the number of black-owned businesses is on the rise, but it's still relatively low. 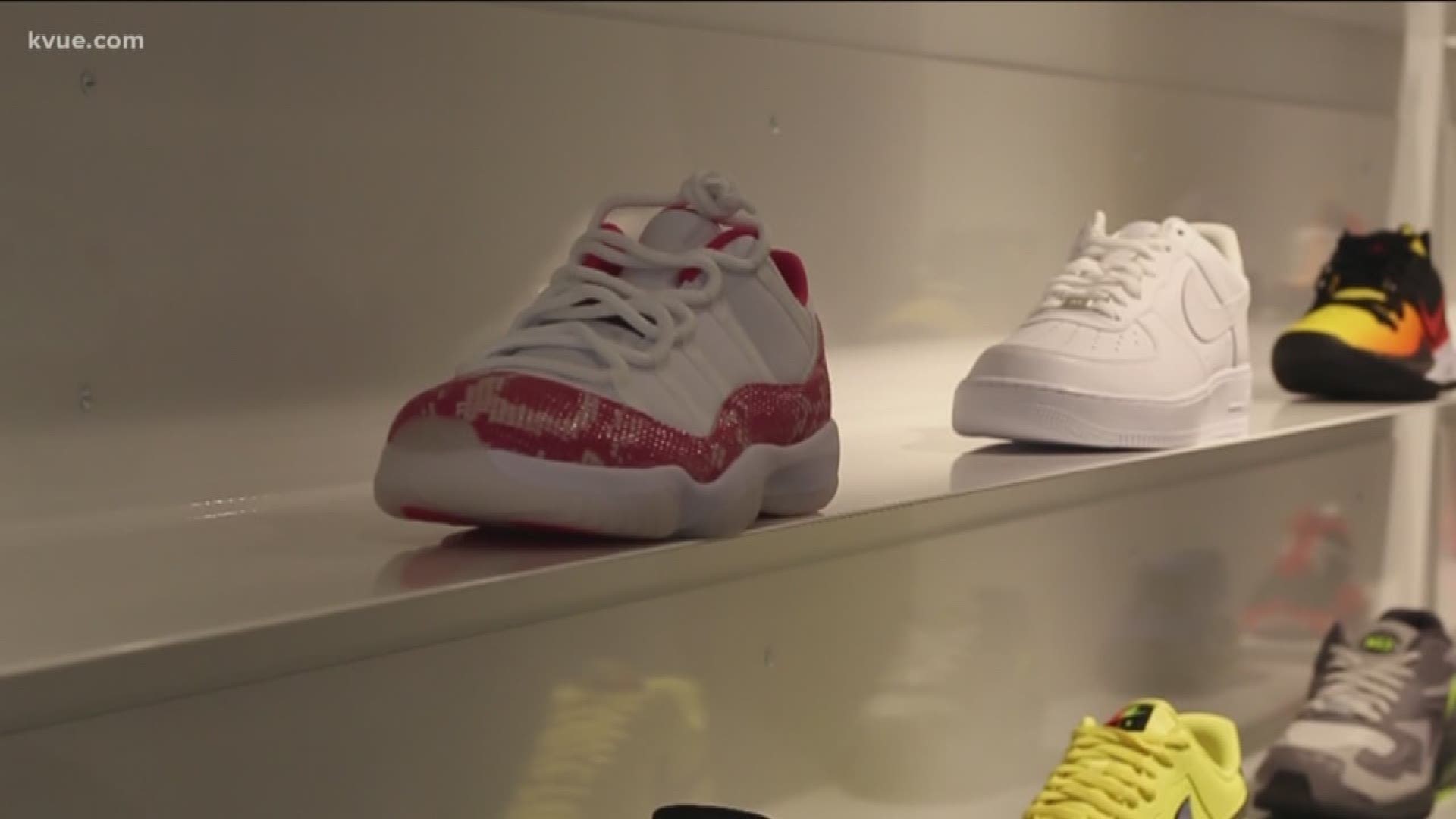 AUSTIN, Texas — Sneakers are not just shoes. They hold history, express style and tell a story.

"My staff is super knowledgeable here so we can tell you about any shoe on the wall," Greg Grovey said.

Grovey is the owner of Kicking It ATX, a one-of-a-kind "sneaker social" at the Domain Northside.

"A social is just somewhere you can come to hang out and meet with like-minded people," Grovey said.

At Kicking It ATX, the staff laces you up in the latest sneakers and apparel, while you kick it.

"We have a bar, we have a lounge area, we watch fights, we watch football games and it's an area where you can feel relaxed and not feel pressured," Grovey said.

The social's uniqueness doesn't stop there. Hanging on the wall are the jerseys and cleats of part-owner, former UT football star and current Baltimore Raven Earl Thomas.

“He is really involved," Grovey said. "During the football offseason, he comes here a lot and stops by and makes sure everything is OK.”

Grovey, a Dallas native, has always had a love for sneakers.

"I was always into sneakers, even in elementary school. But at the time, my parents couldn't afford to buy me every shoe I wanted but they made sure the ones I had looked good and stayed fresh to get me through the school year," Grovey said.

Those sneakers got him all the way to Huston-Tillotson University, where he earned his MBA in 2009.

By 2018, he walked into the local history books.

But the road to renting a storefront in one of Austin's most popular malls wasn't easy.

"It's times we will come out and see a space and they say, 'Oh, this space is occupied, somebody just signed a lease on it.' Then, six months later, the space is still empty," Grovey said. "But it was all part of God's plan to lead us here to the Domain where we are now."

"There are a lot of barriers that remain for people of color," De Juana "DJ" Lozada, the owner of Soul Popped Gourmet Popcorn, said. "There is also a lot of opportunities."

Soul Popped is a gourmet popcorn shop at Barton Creek Square Mall. The company sells soul food-flavored popcorn that reminds you of home and only uses all-natural ingredients to create the flavor of soul food without the guilt.

"If Grandma didn't use it in her kitchen, we are not going to use it in our shop," Lozada said.

Lozada started Soul Popped in her kitchen in 2016. Her son, who has Asperger's, loved eating popcorn and she wanted to give him something without preservatives and dye.

"Soul food popcorn was born," Lozada said."I started this company with $53 in my bank account."

With that money, she started at the farmers market in 2016. Then, last year, they popped in Barton Creek Square Mall – where they are the only black-owned business.

"We can do a pineapple upside-down cake," Lozada said. "We can do Georgia peach pie."

You can customize your popcorn or choose from their signature options, which are all vegetarian.

Lozada said she wants to continue to blaze a trail for other black business owners.

"My mission is to make sure that I demonstrate everything that needs to be done so that I am no longer the only black business owner in this mall," Lozada said.

Like Lozada, Grovey hopes his story can inspire others to make history.

"Hopefully, people can look at us and believe other black-owned businesses can come here and sustain themselves," Grovey said. "There are a lot of things that will come through your path and obstacles, but you just have to keep swimming and moving and believing."

Both stores have big plans for the future. Lozada said her goal right now is to open up stores in airports and stadiums. Grovey said he hopes to take his Austin-based company to other cities and "kick it" with them as well.

WATCH: Boomtown 2040: The rise of black-owned businesses in Austin