The Black Austin Musicians Collective brings together, highlights and creates a voice for Black musicians in Austin. 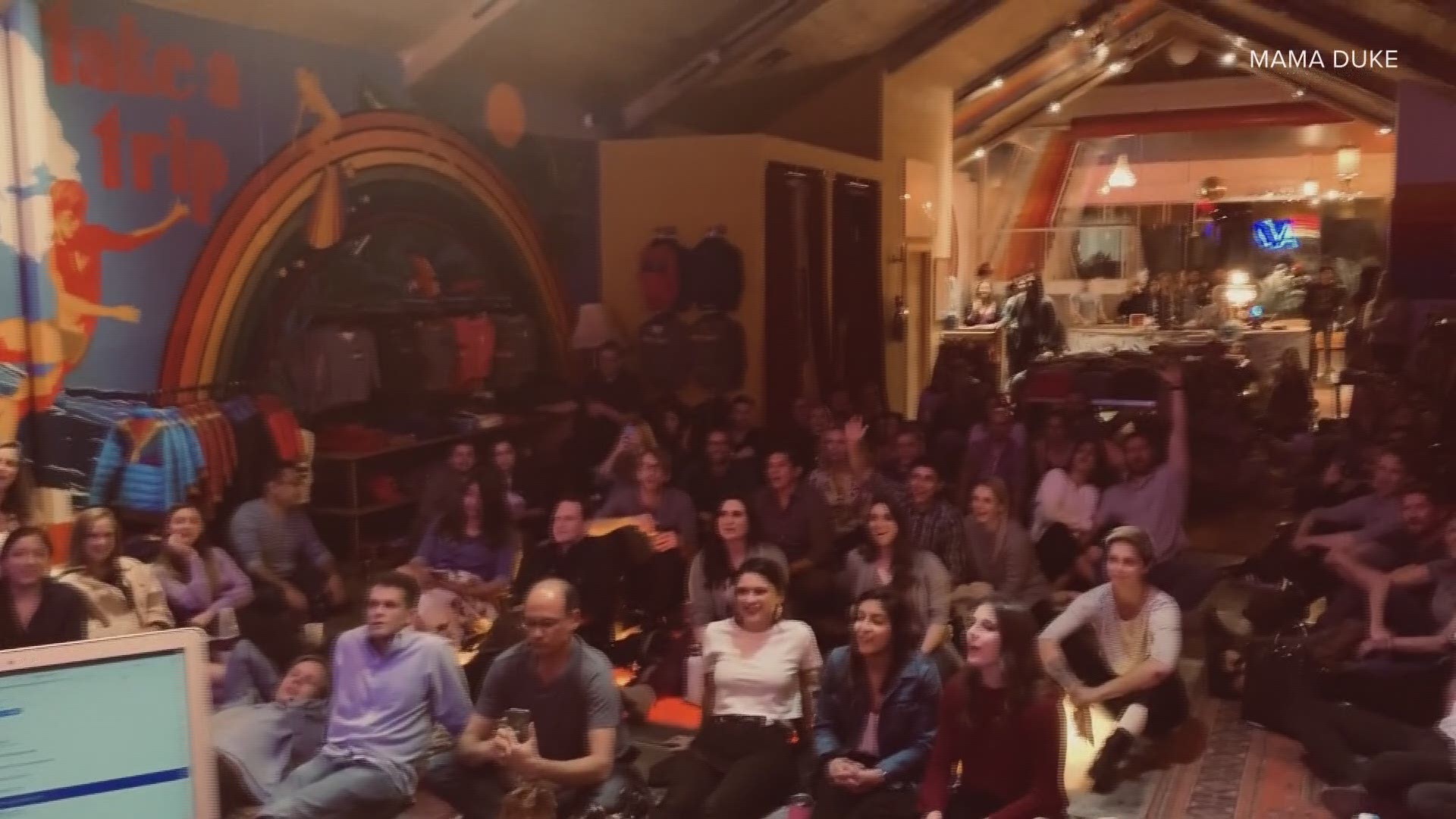 AUSTIN, Texas — Austin is known as the Live Music Capital of the World, and while not much live music is happening these days, a group has formed to bring together, highlight and create a voice for Black musicians in our area.

The Black Austin Musicians Collective formed after listening to the experiences and frustrations of Black Austin musicians.

Austin group Magna Carda posted a tweet in June 2020 saying, “We would like to hear from ATX Black musicians and artists specifically! Please DM us your experiences with Austin music venues + music organizations and what, specifically, you would like to see change.”

They received a number of responses, including from artist Jackie Venson saying, “What’s it like to be a Black Austin musician? Even one that’s had success locally? It’s being rejected & told ‘we can’t have two Black soul singers on one bill.’”

What's it like to be a black Austin musician? Even one that's had success locally? It's being rejected & told "We can't have two black soul singers on one bill". In certain circles it doesn't matter that I sold out @ParamountAustin as an independent black woman. THEY DONT SEE US. https://t.co/wjXRS3oiVE

Austin musician, Mobley, said, “I think this country in general, and this city in particular, has a long way to go before we can claim to have achieved anything like equality or equity or racial justice.” He added that Black musicians face discriminatory booking, discriminatory practices around the way their audiences are treated, the way they’re paid, and requirements on things like insurance.

“Our purpose is to create a voice and to preserve and cultivate community for Black creators in the music industry in Austin,” said Megz Kelli from Magna Carda. “... we fight for a better system, a better overall picture for Black musicians. And by doing that, that honestly sets up every musician to have everything that they need.”

Mobley said the group has started involving themselves in policy at the city level, will provide professional development for Black musicians and foster community. They also curate a playlist of Black Austin musicians.

The Black Austin Musicians Collective is taking a more focused approach to make sure that people understand who these artists are, rather than simply seeing names on a list.

BLACKATX spotify playlist is extra special this month! We curated a playlist in light of Valentines Day, LOVE vs ANTI-LOVE. We are really excited about this one! This playlist is perfect for this weekend & will definitely get you in your feelings. Listen and share! Link in bio. pic.twitter.com/l1ibdGve4z

The group is spotlighting artists like Mama Duke, who released the album "Ballsy" in December and was named Austin American-Statesman’s Artist of the Month for January.

“All the things that used to hold me back, like Black, queer, female, there’s no, ‘How do we market you and all this stuff now.’ It just set’s me apart. There’s not many Black, queer females in Austin, so guess what, I’m top three automatically,” said Mama Duke.

She said Austin will never know the true value in Black music, saying that people “see green until they see Black.”

“I think a lot of people are fearful to book and have a Black show,” she added, saying that, as a community, if we want to support Black musicians, “Let us in the door. You will see that once we get in there, we don’t want trouble.”

Zach Person, who describes his music as a blend of indie rock, pop and blues, said, “there are definitely instances where people that I’ve known have been discriminated against because of their race.” He added, “I think that’s just a bigger thing with people, in general, that kind of transcends any city or industry.”

If you want to support Black Austin musicians, streaming their music on Spotify doesn’t help as much as you might hope.

“You have to be streaming on a pretty high scale to really be making any money. But the money that you send people when you buy a T-shirt, when you buy a record, whatever, from them directly goes straight in their pocket. So if you want to support artists, particularly Black artists in the local area, then I think that’s a really good place to start,” said Mobley.

The Black Austin Musicians Collective began in June of 2020 after hearing the frustrations from local Black musicians, but even if they are able to solve all the problems these musicians face, the group isn’t going anywhere.

“Even if you were to completely eliminate racism, even if you were to achieve perfect equity and equality, it would be irresponsible to forget the tremendous injustices and oppressions that were inflicted on centuries and centuries of people, millions and millions of people. And for that reason, I don’t think that the importance of Black people and Blackness as an affinity group is going anywhere anytime soon, even if we achieve what we hope to achieve to our wildest dreams,” said Mobley.

If you want to show support for the artists KVUE spoke to for this story: