The mural is being painted between Sixth and Ninth streets on Congress Avenue and on 11th Street between Waller Street and Lydia Street. 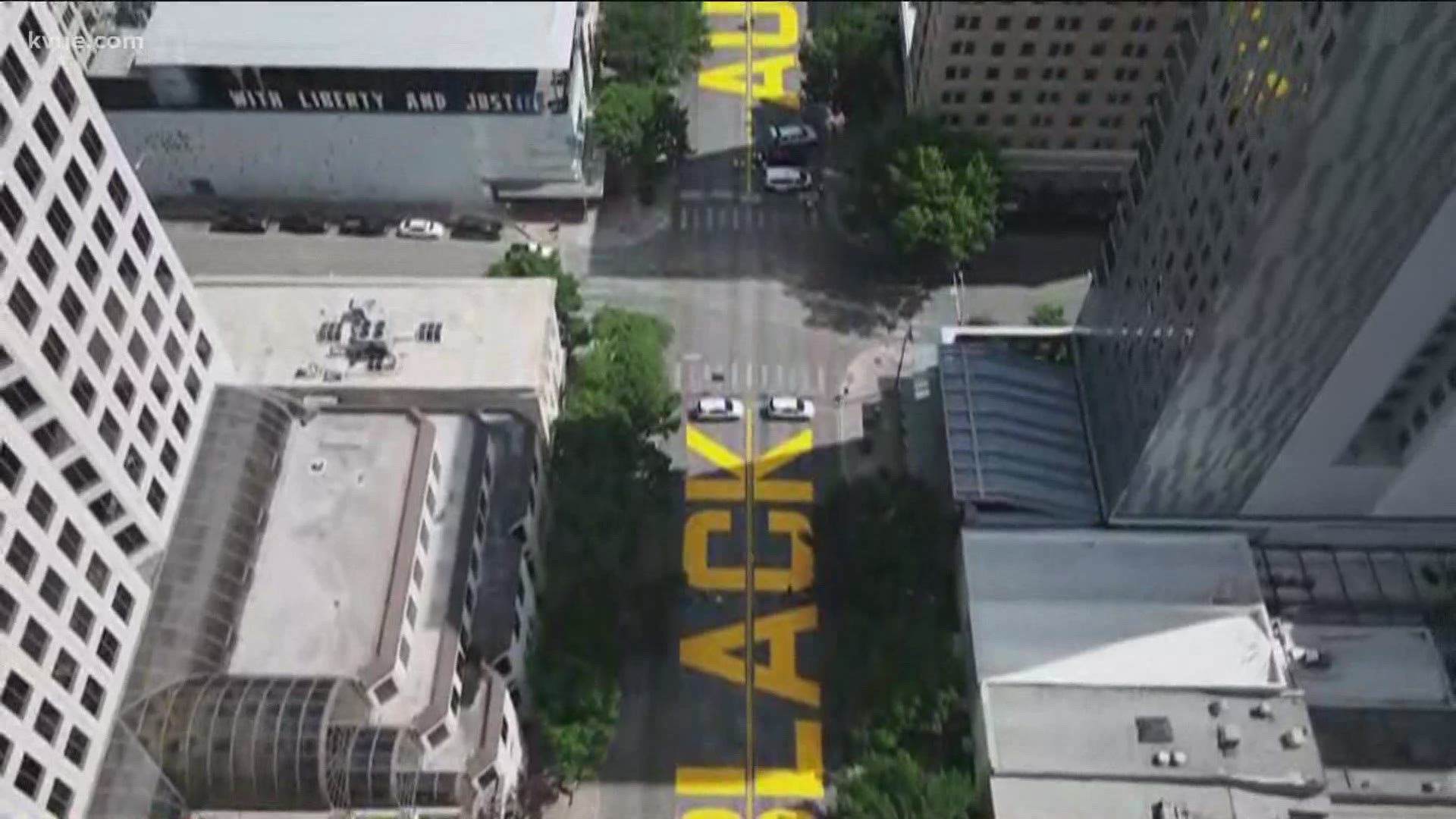 AUSTIN, Texas — As people across the nation continue to call for police reform and ending systemic racism, a mural was painted on Congress Avenue Tuesday saying "Black Austin Matters."

The mural is being painted between Sixth and Ninth streets on Congress Avenue and on 11th Street between Waller Street and Lydia Street. These streets will be blocked off from 7 a.m. to 7 p.m. on Tuesday for the mural's installation.

Austin Transportation said in a Tweet that Congress Avenue is a "canvas of our city." The mural's installation began at 9 a.m. on Tuesday.

On Sunday, Congress Avenue will close from Sixth Street to Ninth Street for people to view the mural.

Earlier in June, a "Black Lives Matter" mural was painted near the White House. Since then, the mural has inspired street paintings across the U.S.

The murals are part of a movement that erupted after the death of George Floyd, a black man who died after a white Minneapolis police officer placed his knee on his neck for nearly nine minutes.

Why wearing a mask is important to slow the spread of COVID-19, according to experts