'Birding' in a wheelchair? Woman hopes her story inspires others in wheelchairs to explore 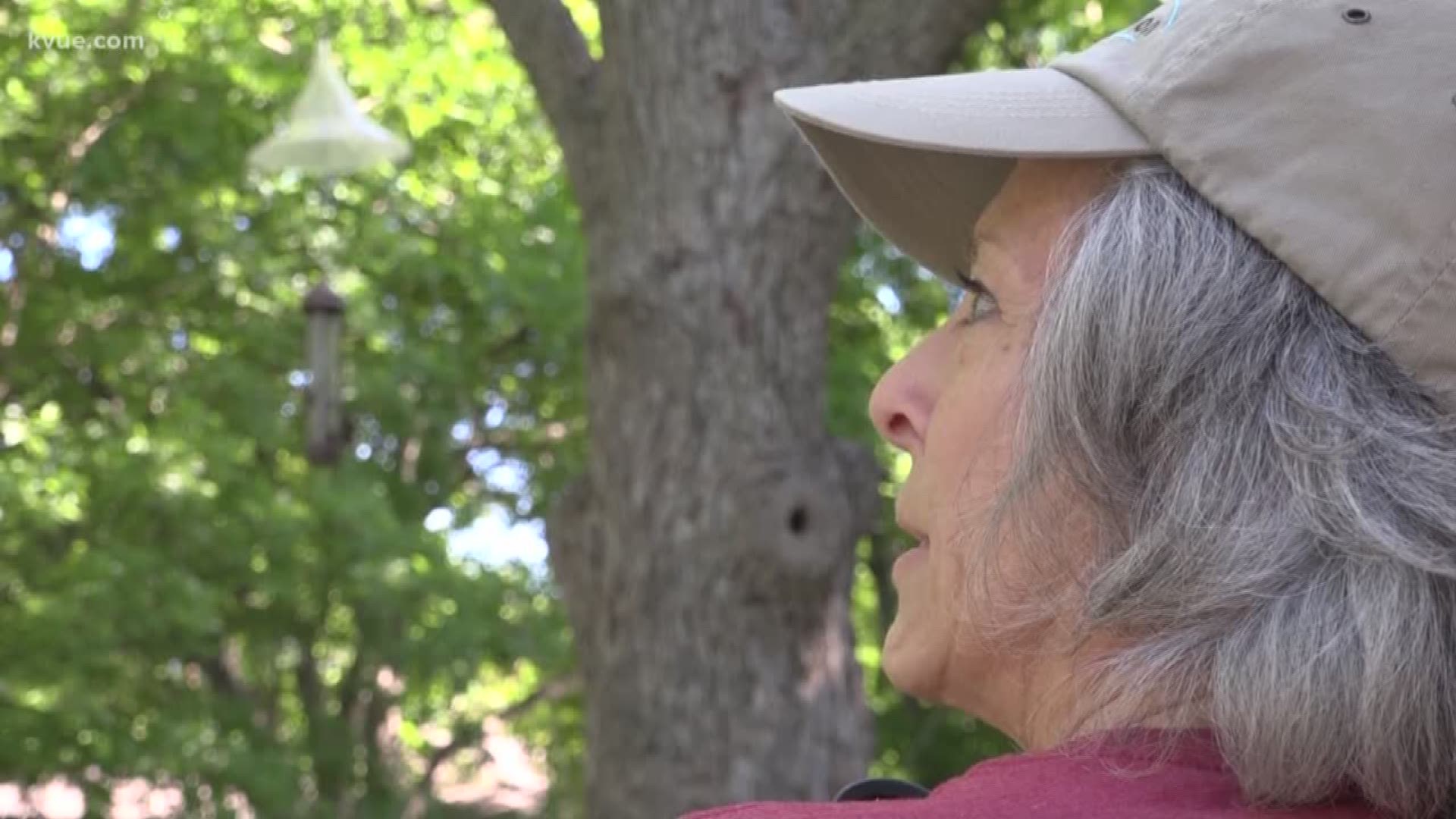 AUSTIN — Virginia Rose said birding is in her blood.

“Very fondly remember her wearing the binoculars around her neck,” Rose said of her grandmother.

Rose wants to encourage others to take up the hobby.

“I think that being out in nature has been such a help for me, and others I know, to find themselves and to realize what they really need,” Rose said. “It's been just a joy.”

She hopes people who are in wheelchairs hear her message.

Rose knows their fears firsthand. She was thrown from her horse when she was 14-years-old and ended up in a wheelchair.

But for more than four decades, she’s remained positive.

“There's no time not to keep going,” Rose said.

Rose explained being outside on your own can be “kind of daunting” if you’re in a wheelchair.

She hopes her “birdability” idea will catch on in other cities and states.

“I decided to do a “birdathon” with Travis Audubon society here in town,” Rose said.

Rose told KVUE she’s been in the group for more than 12 years. Along with participating in the birdathon on Sunday, she compiled a list of accessible birding sites:

19. Nick Dawson Park (off S. Mopac on the way to LBJ Wildflower)