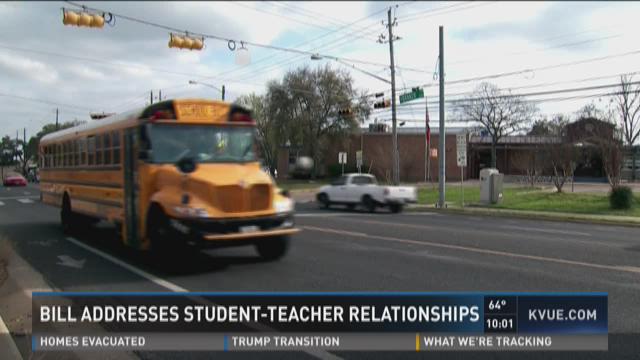 “What all of us expect, those of us that are parents, you send your kids to school and it's a safe environment, they're going to go there to learn, and not have the worries and concerns of an unsafe environment,” Dale said.

Dale provided several key factors of HB 218. They're listed below:

The Texas Education Agency documented 222 cases of inappropriate relationships with a student in Texas during the 2015-16 fiscal year. Right now, the agency is investigating 35 new cases.