Police said a man has been charged with felony continuous family violence. 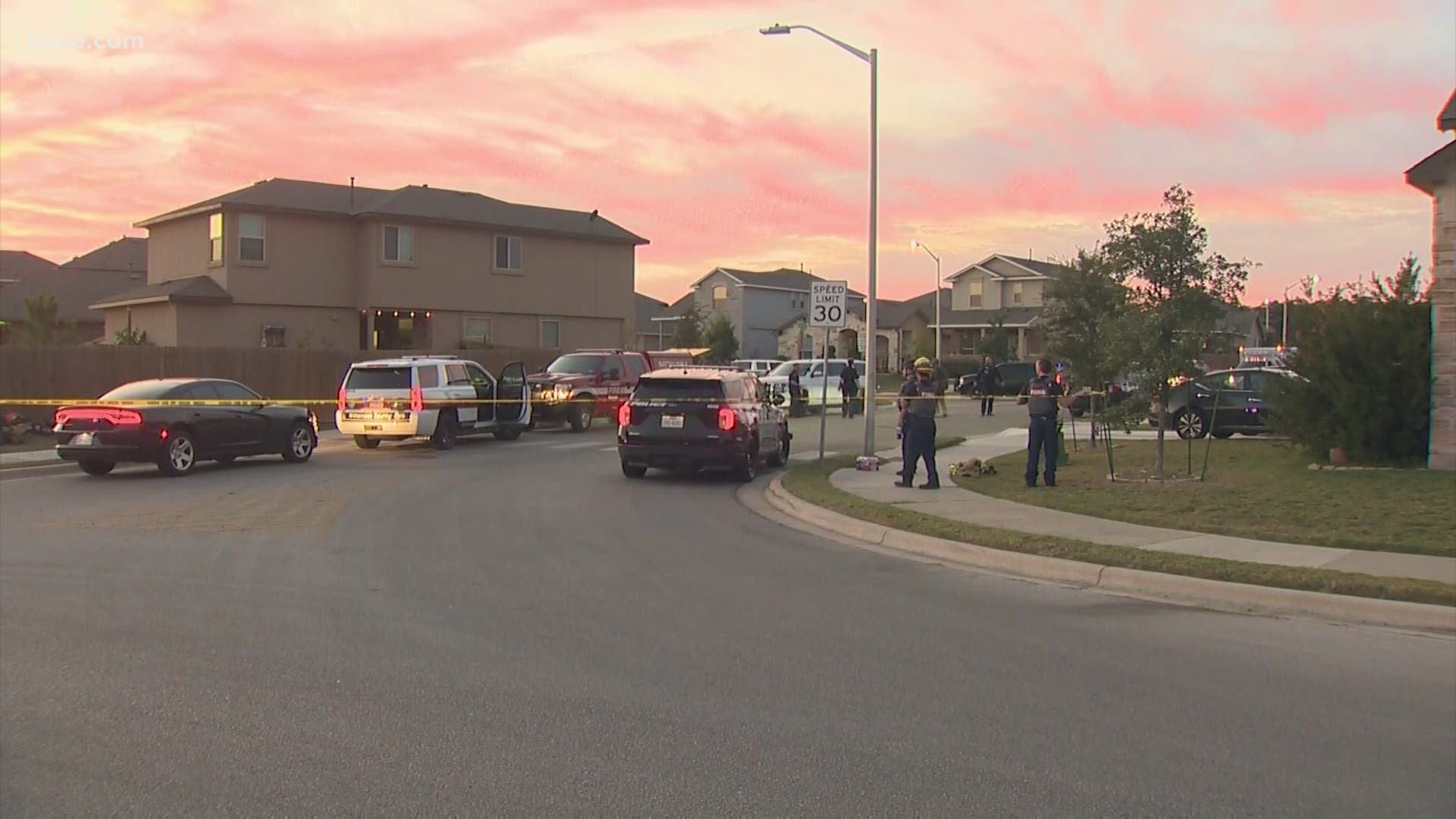 LEANDER, Texas — A police standoff that involved SWAT team assistance in Leander ended peacefully on Saturday night, and a man has been arrested, police said.

Leander police were at the scene of the 1400 block of Bess Cove, near Bagdad Road and Crystal Falls Parkway, on Saturday afternoon.

Lt. Luana Wilcox told KVUE police responded to a family violence call around 3:20 p.m. Police said they found a woman in the front yard of a house with injuries when they arrived on the scene.

Negotiators spent hours trying to talk a man out of the home.

Wilcox said nine officers, the Leander Fire Department and EMS crews were on the scene as a precautionary measure. The Central Texas Regional SWAT team was called to the scene by 6:45 p.m. No handguns were involved in the original call.

Police said just before 4 p.m. there was a large police presence in the area.

Large police presence in the 1400 block of Bess Cove. Please stay inside of your residence and avoid the area until resolved.

Around 8 p.m., police said the man came out peacefully and is now in custody. He was identified as 40-year-old Brett Cahill.

Cahill has been charged with felony continuous family violence and will be taken to the Williamson County Jail.

Residents in the area are now free to leave their homes.

A power outage in the area is unrelated to the incident, police said.

Ohio mom documents, shares experience of having COVID for 8 months