Bertram, Texas, braces for another round of storms after winds rip through downtown businesses

The National Weather Service confirmed that straight-line winds were the source of massive damage in Downtown Bertram, Texas. 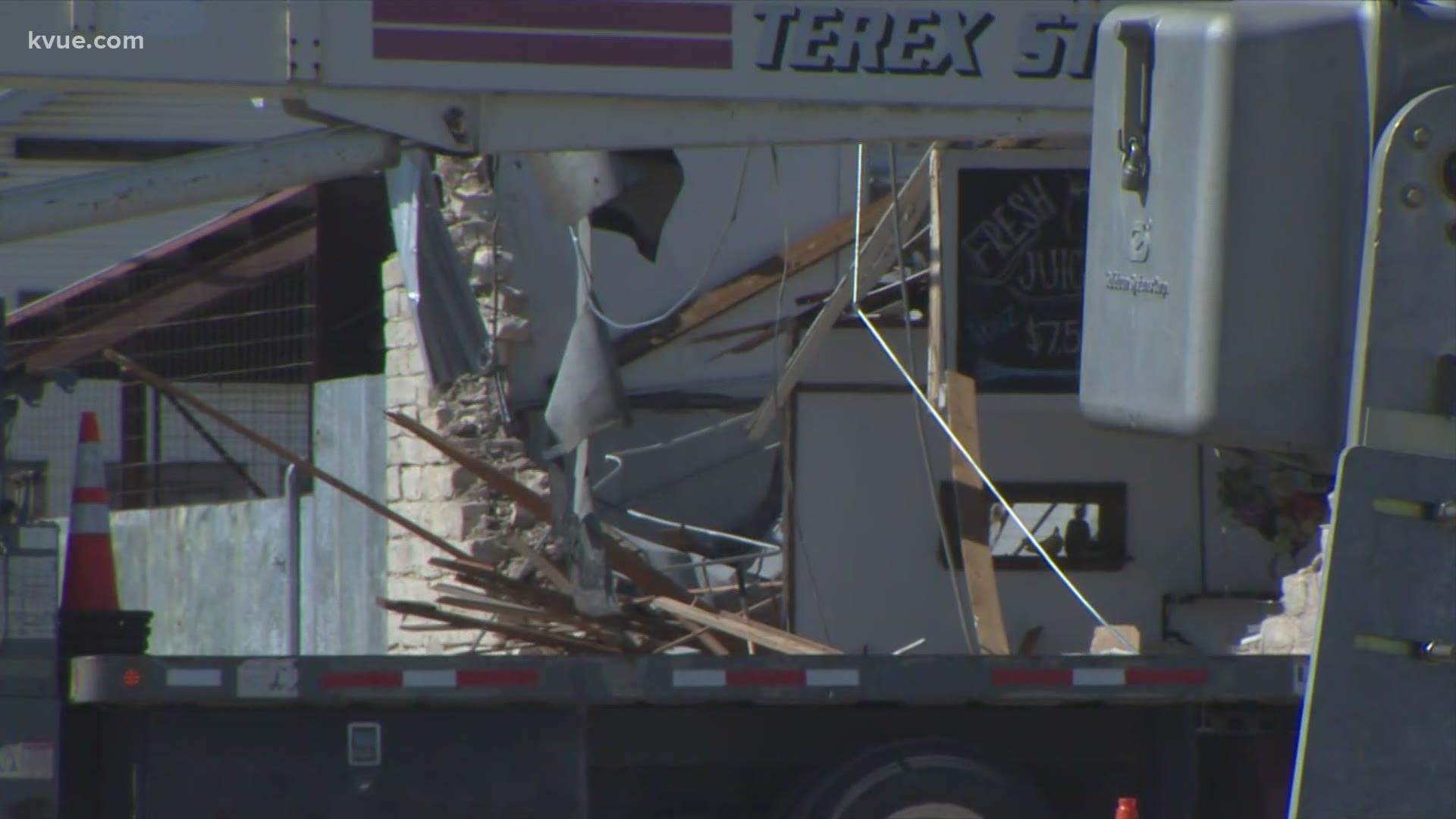 BERTRAM, Texas — An already-damaged Texas town is bracing for another round of storms is in the forecast. This comes after the National Weather Service confirmed that straight-line winds were the source of massive damage in Downtown Bertram, Texas.

The small Texas town is located in Burnet County, about an hour west of Austin. Many of the older buildings in the downtown area took most of the damage, causing crews to close State Highway 29, the main road that runs through town, for several hours on March 23.

RELATED: 'What are we going to do?' | Downtown Bertram, businesses devastated by storm damage

The second system of the week in Central Texas is set to arrive Wednesday afternoon into the early morning hours of Thursday. The KVUE viewing area is under a enhanced (3/5) risk of severe weather. Isolated to scattered storms could produce large hail, strong winds and frequent lightning. An isolated tornado cannot be ruled out.

Here's a timeline of what to expect Wednesday and Thursday.

Be sure to download KVUE's app for updates and to check radar 24/7: kvue.com/app.

The day after the March 23 storm, KVUE flew its DroneVue over the town to survey the damage in Bertram. Thankfully, no injuries were reported in the overnight storm.

But businesses took a big hit.

Amanda Powell's business, Bertram Blend and Boutique, was devastated by the damage. Nearly half of the building was completely destroyed.

"Oh, my God. I mean, what are we going to do? I mean, this is our business," Powell said. "I've built it up, you know, from nothing. I've worked my butt off for it. Just like all these other businesses and Bertram, I mean, there's several businesses that have gotten affected by this."

1 / 27
Dennis Thomas, KVUE
A look at Bertram, Texas, the day after the town sustained serious damage in an overnight storm.

Powell told KVUE that the community has been reaching out to her to help.

Majority of Austin council members to oppose Prop F, a ballot measure that would change City’s type of government