Behind the Poms: Johnson High School

The cheerleaders and mascot are working overtime to build traditions and set a high standard at the fairly new school. 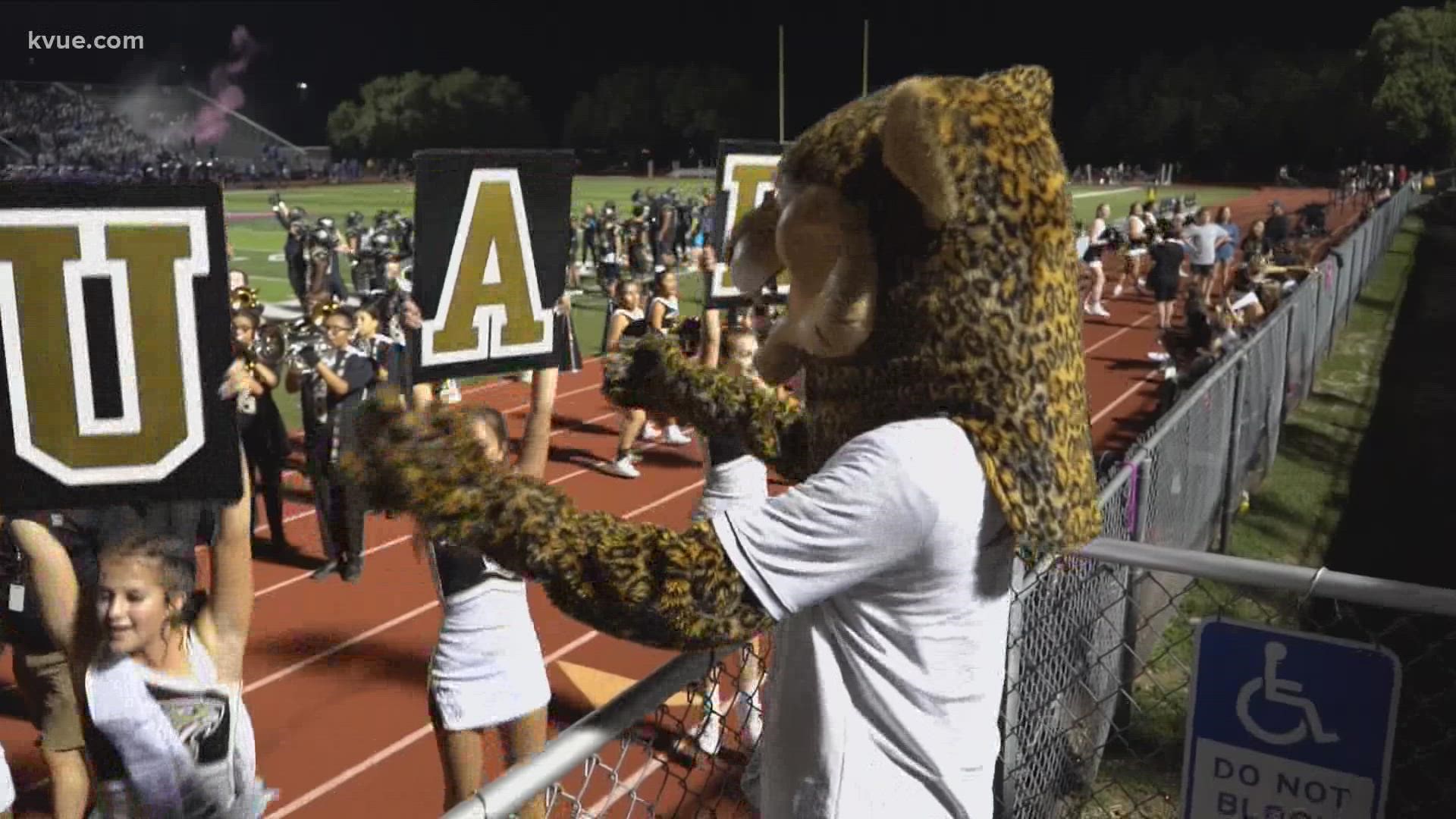 BUDA, Texas — It's not easy building traditions and setting the standard, but on this week's Behind the Poms, Johnson High School cheerleaders and their mascot show how they're working overtime to get it done.

The halls are tighter this year at Hays CISD's Johnson High School.

"Everyone calls it like the four real years because this is our first year with all four grades," said Head Coach Tiffany Stratton.

"This is Jax the Jaguar," said Varsity Mascot Jordan Benavides.

Benavides is the first to ever put on the suit.

"It's been a long journey," said Benavides. "I've been Jax the Jaguar since my sophomore year when the school first opened."

The senior named the mascot and built his foundation.

"It's definitely an honor," said Benavides. "I just hope that, like, what I give to Jax the Jaguar can stay for the further years."

Jax is playful, but he also has the moves. The cat hops in line with the varsity cheer squad, which is also full of pioneers.

Medina is the first to wear the crown and that holds weight. Medina said she is leading by example to set a high standard.

"Johnson has a saying, 'BIA,' being best in America," said Medina.

These athletes created new traditions, including the dance to the school song.

"It's a process that's sometimes a struggle but, like, you're not going to get anywhere in life without putting extra work," said Medina. "At the end of the day, it pays off on that Friday night."

One of their newer game-day traditions that gets the crowd all riled up is the "Wiggalow." Through chants like these, the team is building a sense of belonging with the crowd, and that's how you know a legacy has begun.

"I feel like this year a lot of our seniors really tried to like make a good student section that way when we leave, like, it could grow," Medina said.

While some traditions take time and effort to build, others happen naturally.

Austin Marinez is one of them.

They're still working on words to the school song and nailing down Jax's story.

"Some are more outlandish, like coming out of an egg for him," said Benavides.

Hatching these ideas and leaving them behind won't be easy for the first graduating class.

"It's going to be hard," said Benavides. "All the hard work kind of feels like it's kind of going away from me, but I hope that I can help train the other mascot and further mascots who come in."

Even when they're no longer walking the halls, the legacy they're building will live on.