Back in October, he said he would not run for a second term. 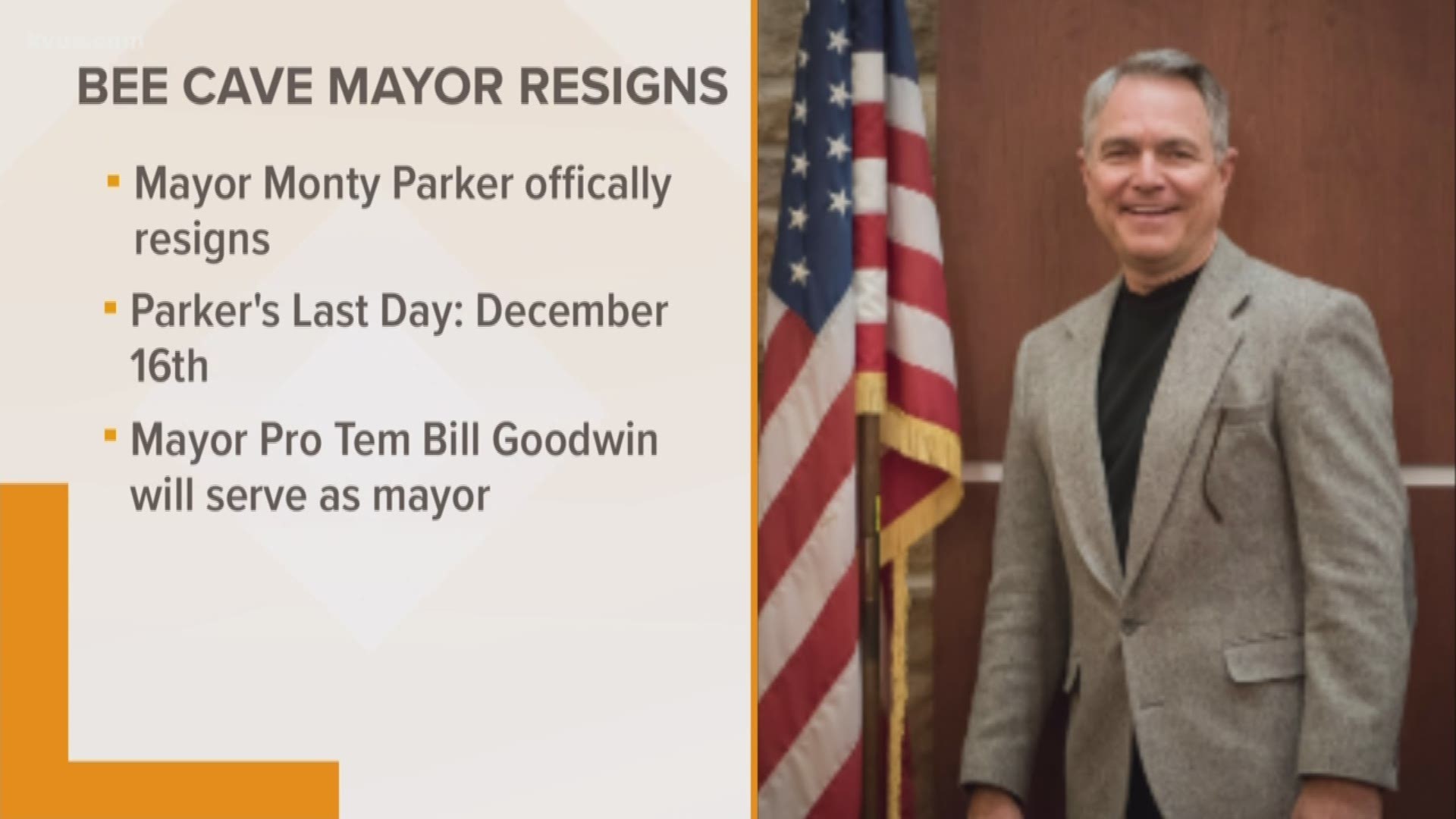 BEE CAVE, Texas — The mayor of Bee Cave has announced he is stepping down from his current position to pursue new job opportunities.

Monty Parker made the announcement on social media Dec. 16, according to KVUE's media partners at the Austin American-Statesman. He reportedly said the move comes after he accepted a new job opportunity that demands his full-time attention.

Back in October, Parker said he would not run for a second term.

His resignation was effective Monday at 5 p.m. Until the election in May 2020, Mayor Pro Tem Bill Goodwin will serve as acting mayor.