Bastrop’s iconic Old Iron Bridge closed due to structural issues; going to stay that way for a while

Old Iron Bridge in Bastrop has been closed for several days after engineers found structural issues. 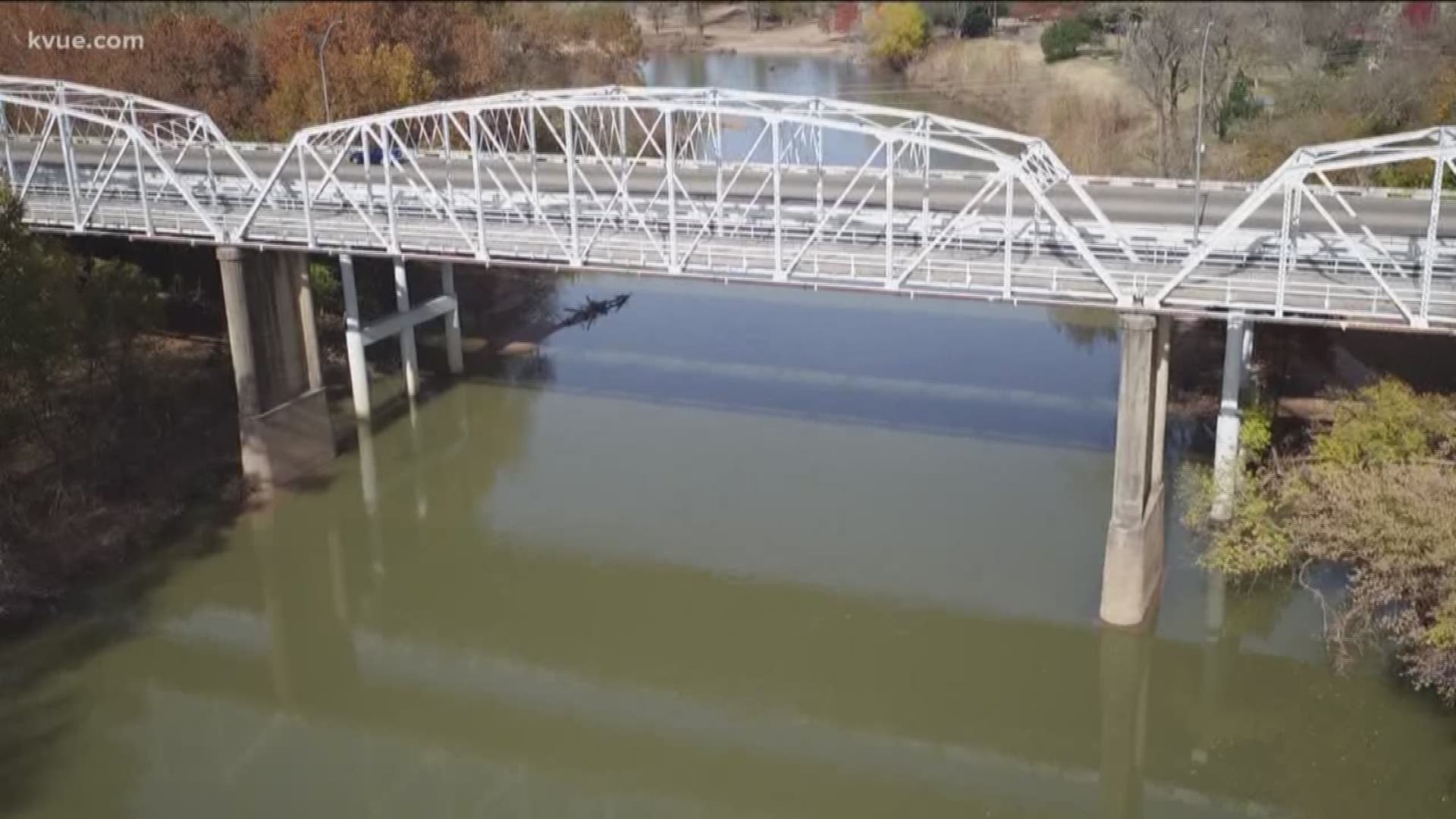 BASTROP, Texas — Bastrop's most iconic bridge remains closed Tuesday, and it has been for more than a week now.

Old Iron Bridge's closure has Bastrop residents wondering what the issue is.

The Bastrop City Council held its weekly meeting Tuesday, Nov. 27, where an additional report this week about the Bastrop Bridge was presented. Kimley-Horn & Associates, Inc., an engineering and consulting firm hired to figure out what caused the bridge's structural problems, said a recent inspection showed serious corrosion to the gusset plates -- what connect beams to columns.

At one point, the firm said if nothing is done, it could lead to "catastrophic failure."

A timeline for what to do with the bridge won't be known for at least a few months. A load analysis needs to be completed in order to understand how much repair it needs.

The bridge currently has a six-foot tall fence covering the entrance to the bridge. Residents are having to use a walkway on the highway bridge to get across the Colorado River. Some residents said this current walkway makes them nervous because of how close it is to traffic.

"The other bridge is kind-of scary. If you're trying to get across, and the Old Iron Bridge isn't open, then it's kind of scary," Bastrop resident Rachel Hartzler said.

Before inspectors found this corrosion, the last detailed report happened in January 2014. The city has budgeted $2 million to fix the bridge, which will be paid for through a bond package.