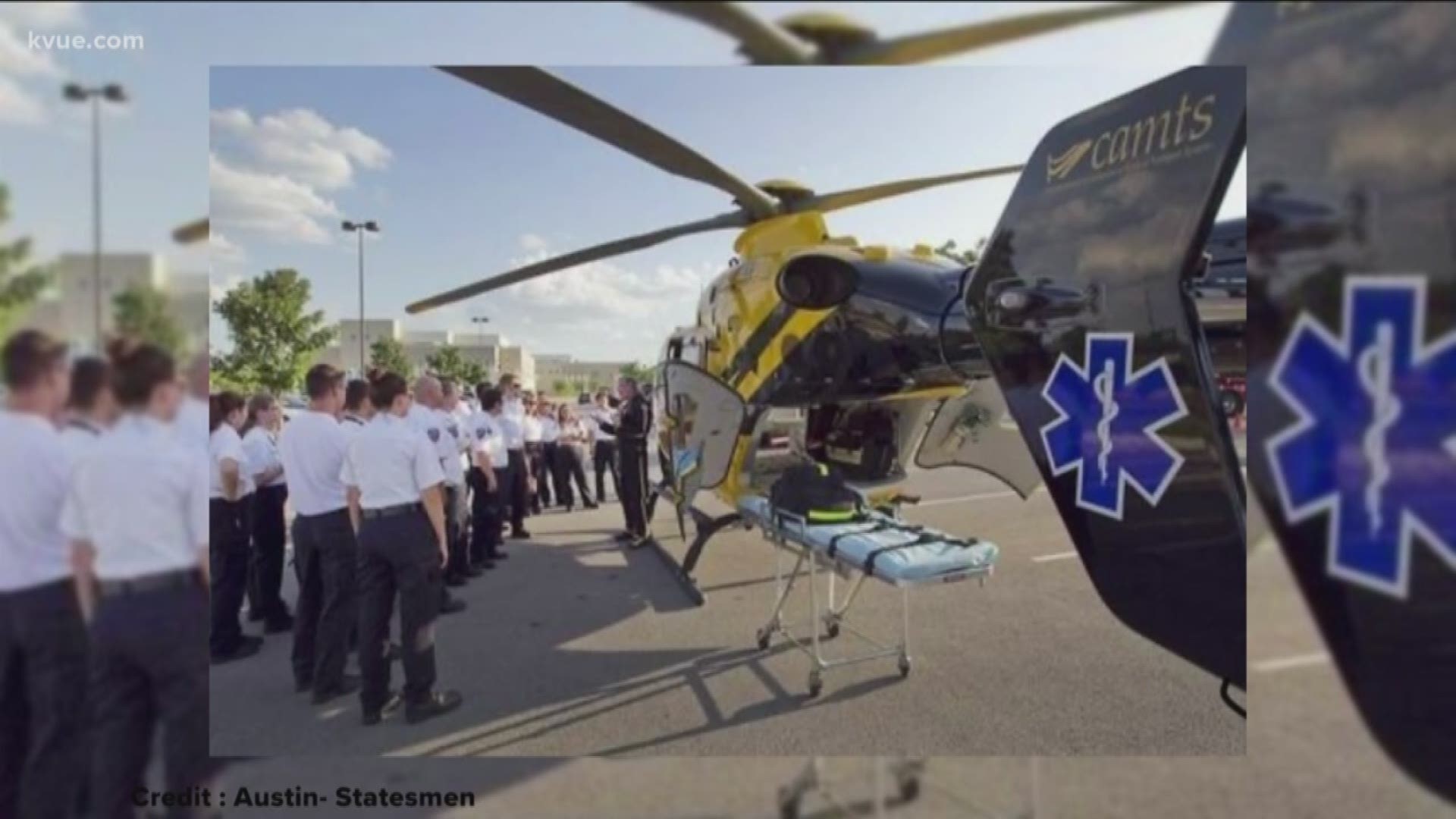 As of Feb. 1, residents in the city of Bastrop can now receive a $6 medical helicopter transport service under a new agreement with air ambulance company PHI Air Medical.

The City of Bastrop will pay the helicopter company $18,126 annually, according to the Acting City Manager Trey Job. Job said the city has 3,021 households, which equals $6 per household, which they already pay through their utility bill.

"This is known as a toe-off," explained Thomas Martinez as he pointed at his boot.

Martinez is returning to work with the City of Bastrop after being flown to the hospital after splitting his leg open.

"I did get very scared because, at first, I received a letter in the mail that my flight bill would be $68,000 plus."

He said after insurance kicked in he got it down to $2,000, but Job said he doesn't want his residents to face that burden any longer.

"I think it's important to the community because it is affordable, $6 per household," said Job. "It will get you to a medical center as soon as possible."

According to the contract, PHI Air Medical will transport a city resident from anywhere in Bastrop County but medical officials have to make the call.

"You can't just call for a helicopter ride from your home," said Job. "It has to be by an emergency responder."

"I don't think we will have an issue with them being able to respond," explained Job.

If they do have a problem, there is a chance another medical helicopter company like STAR Flight air rescue could pick the resident up and that will cost.

"I would pray no one has to use a medical service flight but if they have to go, it will benefit them more than they realize," said Martinez.