Dozens of free-ranging chickens can easily be spotted throughout parts of town. 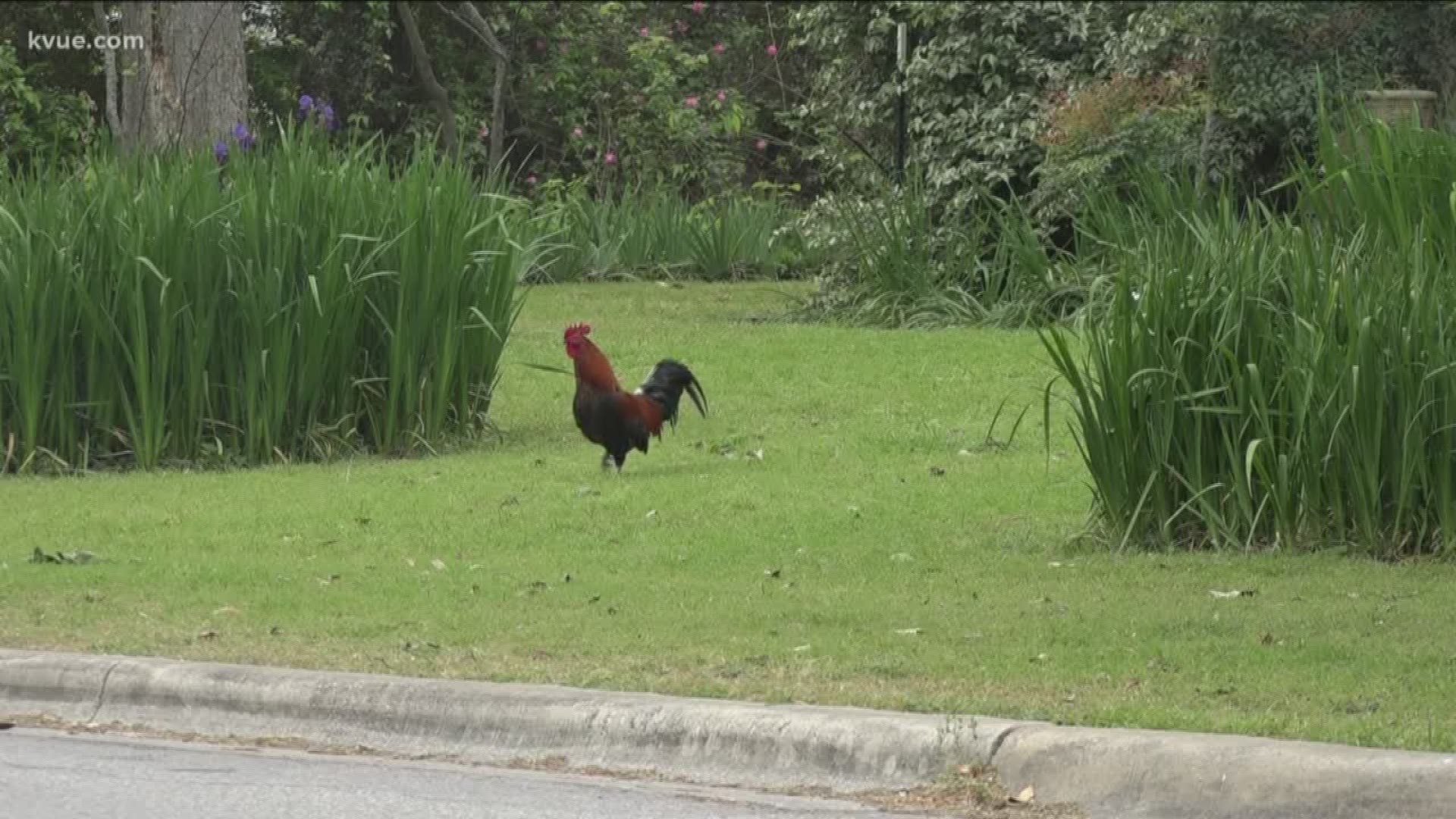 BASTROP, Texas — Why did the chicken cross the road? Or multiple roads, for that matter.

This time, no one is laughing. Instead, the joke has become all too real and triggering for some residents in Bastrop.

Dozens of free-ranging chickens can easily be spotted throughout parts of town.

Bastrop Chief of Police and Director of Public Safety, James Altgelt, says some of the primary concerns associated with having too many chickens are:

"The chickens have spread out throughout the entire city," Altgelt said. "Decreasing the population hasn't been as effective as we want it to, so we have increased our resources and our capacities and we continue to trap the chickens."

Inside Coop: An Austin Sunday Funday with Chicken **** Bingo at The Little Longhorn Saloon

In addition to trapping by hand, officers are recruiting the help of Bastrop residents by asking their permission to set up temporary traps on their lawns. Residents can sign a release to have that trap on their property. From there, Altgelt said the chickens have been adopted by ranchers and farmers within the county.

At the most recent Bastrop city council meeting, Altgelt said more than 130 chickens (roosters, hens and chicks), have been caught since increasing trapping efforts.

On April 1, 30 were caught, which was the most in a single day, or month. However, he said because of just how many chickens there are, he can't put a time stamp on when it will no longer be an issue.

"It didn't happen overnight and it won't be resolved overnight," Altgelt said. "Some of the roosters roost at 30 to 35 feet up in the air in trees and stuff like that it's going to be more problematic catching those. We know this is going to be a multi-month, if not multi-year event and we're going to do the best we can to eradicate the feral chickens as quickly as possible."

Initially, the city had signed a contract with a private trapping company to help with the problem. That contract expired just last month, so now officers within Animal Services, the police department and code are putting in extra hours to trap the chickens.

But how did Bastrop's chicken problem first start?

Altgelt explained that back in June of 2009, the city passed an ordinance that created a chicken sanctuary between Fayette Street and SH 95. The ordinance said any feral, free-ranging chicken in those boundaries was allowed to be there. Any chicken outside was illegal unless in a coop.

Then in November of 2017, city leaders hosted a public hearing to discuss the pros and cons of the chickens in the sanctuary and around town. Naturally, there were some residents who loved them, others who found them a nuisance.

Finally, in May of 2018, Altgelt said the city council decided to pass an ordinance to get rid of the sanctuary, so any free-ranging chicken in the city limits was deemed feral and illegal.

Bastrop residents like Michelle Habeck said it's been bittersweet to see more traps and less chickens wandering through her neighborhood.

"I love it. Frankly, i just love it. It wakes me, but I'm so used to it now that I can just go right back to sleep or I know it's something I don't need to alert to. But for some folk, they just don't get used to it," Habeck said. "I think now because we're close to Austin and it's cheaper to live here than in Austin, there are people coming here that are intrigued by it until it's in their backyard."

Habeck keeps a backyard coop of hens on her property. She explained some of the pros of keeping the free-ranging chickens around have been keeping bugs and pests away. However, she can see how some of her fellow residents aren't exactly on board.

"They [roosters] begin calling back and forth to one another so this crowing in the morning can go for an extended period of time," Habeck explained.

She said that while it's sad for her to see the chickens go, she's happy that they're being relocated.

"The solutions are what they are. I don't always agree with everything, but I respect why they did what they did," Habeck said.

Chief Altgelt wants to remind residents that feeding the free-ranging chickens is illegal. If you are experiencing unwanted chickens in your neighborhood or are interested in adopting some, call 512-332-8600.

Largest vinyl record sale in the U.S. happening in Austin again this May