Bastrop County Judge Paul Pape told KVUE he hopes to have something on their next agenda for court action soon. 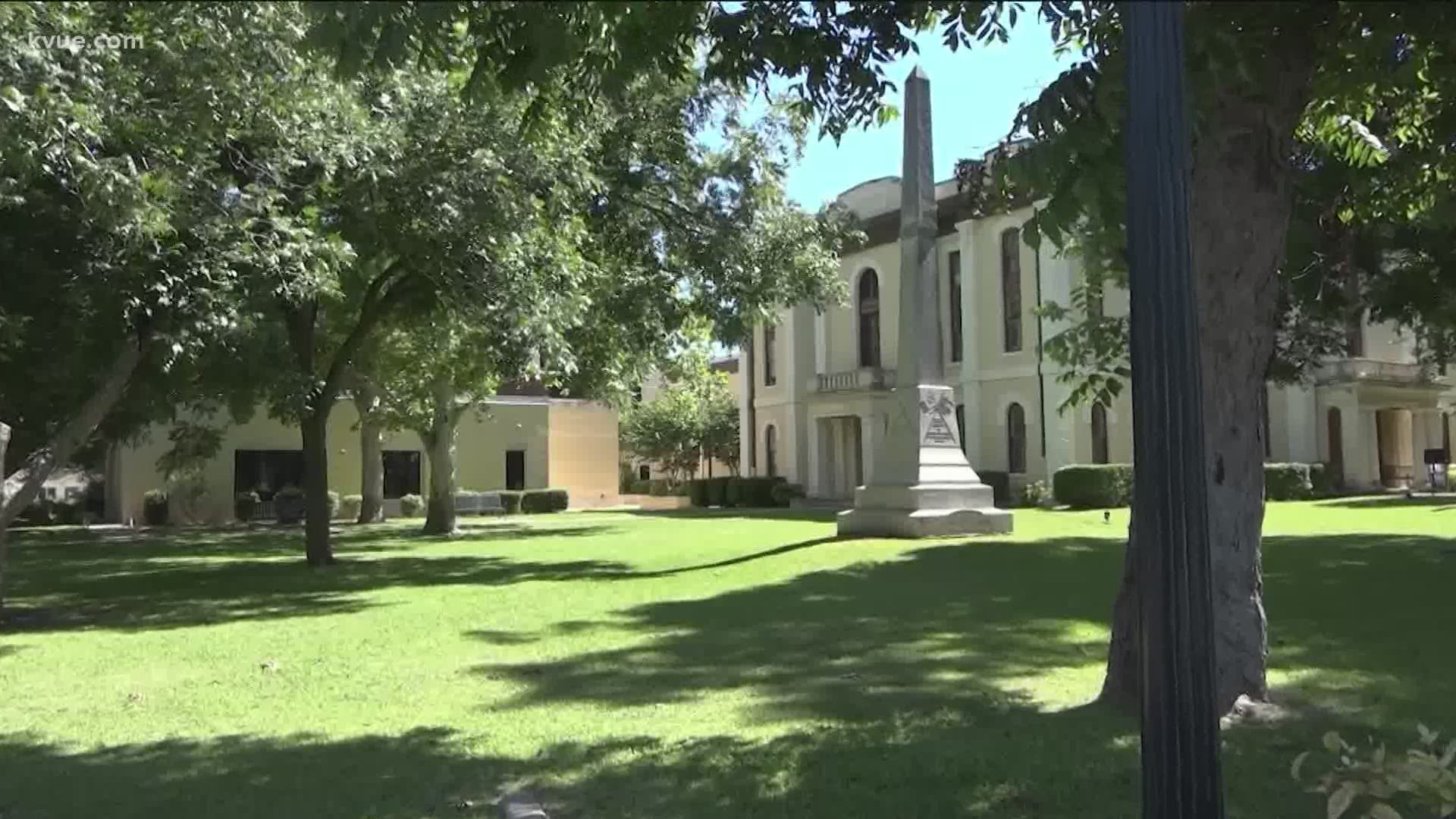 BASTROP COUNTY, Texas — After weeks of supporters advocating for the Confederate monuments outside of the Bastrop County Courthouse to be removed and placed somewhere else, Bastrop County Judge Paul Pape said the court could take action soon.

Pape also said he drafted a resolution for the court to consider taking action on.

"I hope to have something on our next agenda for court action," Pape told KVUE via email on Monday.

The entire text of Pape's comments made at the meeting can be found below:

"We will not be rewriting history by moving these Confederate monuments from the courthouse yard. Instead, we will be righting a wrong of history. The United Daughters of the Confederacy rewrote history in 1910. It is time we removed that false narrative from this very public place," Pape said. "I believe the time has come to remove these monuments to a failed past and defeated regime that promoted injustice, inequality and prejudice.”

Pape added in his comments that the monuments could be moved somewhere else.

RELATED: Group creates petition calling for Confederate monuments on Bastrop County property to be taken down

"Perhaps they can be relocated to the cemetery where most of the honored soldiers are buried, or to a museum, or to a heritage park if one were developed. But they should not remain here at the forefront of our courthouse, the center of equality and justice in Bastrop County," he said.

A petition was started in June regarding the monuments' movement. It has gathered nearly 9,000 signatures as of Monday night.

But not everyone thinks the monuments should be removed. KVUE spoke to Dianna Greenwood, the Bastrop County Republican Party chair, in June. She said the monuments could be used as teaching tools.

"You end up forgetting the things that we should remember. And one of the things that we should remember about that time period is that we never want to go back to that," Greenwood said. "We don't want to forget that we had this in our past because it's really what makes us today ... I get where everybody’s coming [from], but let’s look outside those limited boundaries and see what we can turn these into."