'He was kind of our bright star' | 3 years after his death, Bakari Henderson's parents reflect

In July 2017, 22-year-old Bakari Henderson was beaten to death by a group of men in Greece. 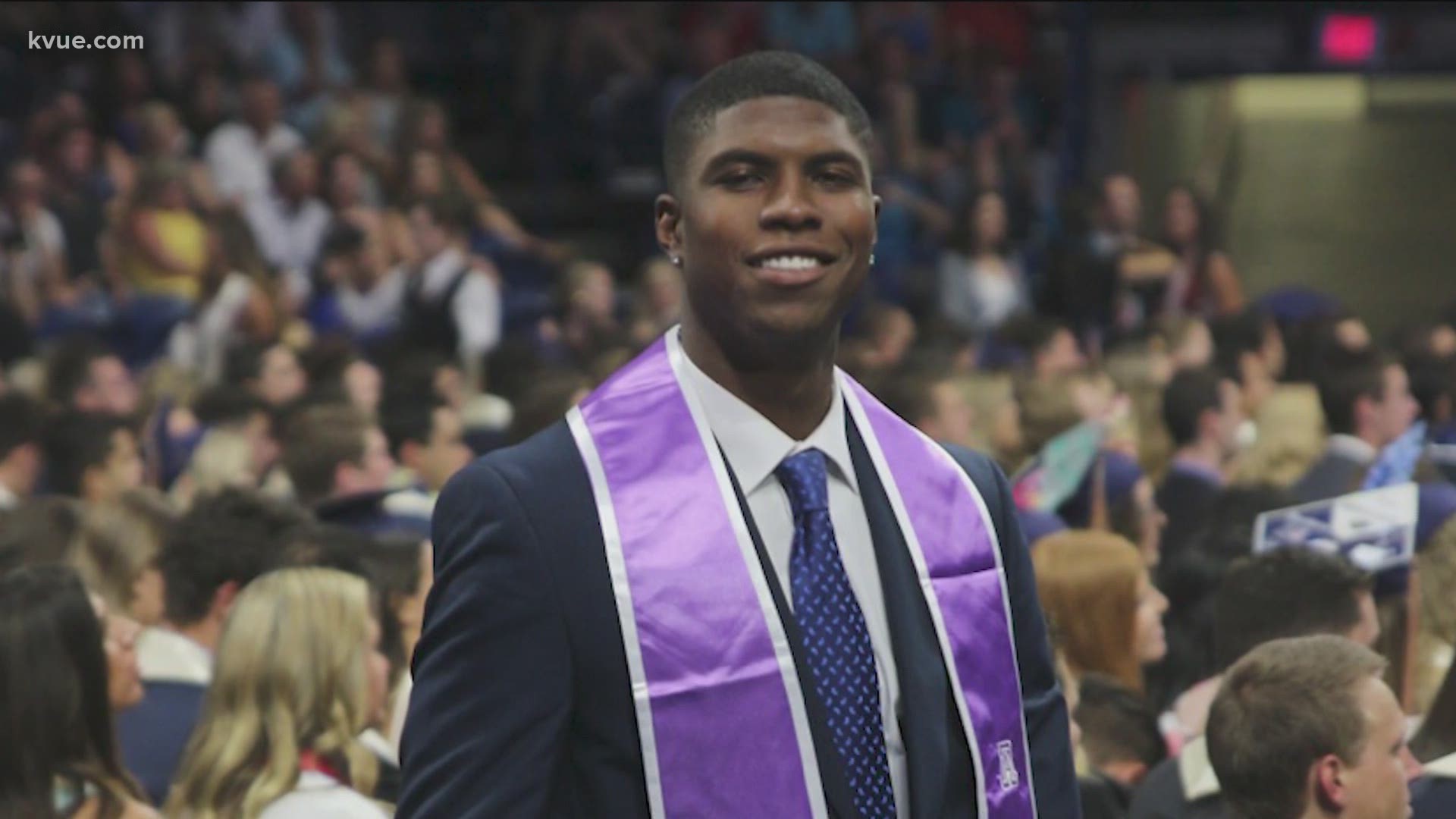 AUSTIN, Texas — On July 7, 2017, a brutal crime that left an Austin man dead shocked people around the world.

His name was Bakari Henderson, and investigators say a mob ended his life because he took a selfie with a Serbian woman. His attackers weren't found guilty of murder, but a Greek court has ordered a retrial.

It's been three years since Phil and Jill Henderson last hugged their son.

"He kind of kept everyone laughing and kept everyone in a good, uplifted spirit," Jill Henderson said. "He smiled a lot – he was kind of our bright star."

It's still hard for them to believe it's been three years since his life ended so suddenly – and violently.

"Everyone he'd meet was a friend, you know, he was just that type of guy," Phil Henderson said. "He was the life of the party. He's so missed."

On July 7, 2017, 22-year-old Bakari Henderson and some friends were on the Greek island of Zakynthos, finalizing plans to launch his clothing line.

"He was doing photos in Greece, and then was going to go to Spain," Jill Henderson said.

Surveillance cameras inside a bar showed a Serbian woman taking a selfie with Bakari Henderson and a friend. Investigators say another man began harassing them, asking the woman why she was talking to "a Black man." Then he slapped Bakari Henderson, and that led to a fight.

The next video showed Bakari Henderson being chased by a pack of men, who punched and kicked him until he lay motionless in the street.  A short time later, he was pronounced dead.

None of the attackers were charged with murder. Instead, six of the suspects were sentenced on lesser charges, while three others were acquitted.

"Going after a Black man because someone takes a selfie, it hurt, it just hurt," Phil Henderson said. "I couldn't believe it."

"For nine or 10 people to chase him down in the street, literally beat him to death and not be charged with murder made us feel like they didn't even view him as a human," Jill Henderson said. "I mean, he was just viewed as an object or an animal or something. It was very painful."

The Hendersons say the pain doesn't stop, especially when they see other local families going through the same kind of heartbreaking loss.

"We have Mike Ramos, we have Javier Ambler," Jill Henderson said. "Every time we see another life taken, the families that have already experienced that, we are traumatized again and can never really heal. We grieve with those families."

In November, the six men accused of killing Bakari Henderson will be retried in Greece for murder. His mother and father will be back in that courtroom again, hoping for justice for their son.

The Hendersons started "The Bakari Foundation" to honor their son's memory. It provides travel experiences for families who have lost loved ones at the hands of another.

And they didn't want their son's dream of a clothing line to die with him. They launched it for him last November.

'Me and my family want justice for him' | Family pleads for public's help finding suspects who robbed, killed ice cream vendor

TEA says it will ensure remote instruction is available to all; masks to be required at schools