Austin-area car sales are down, but demand is still high

Although data shows there have been fewer car sales during the COVID-19 pandemic, some dealers are having trouble meeting demand. 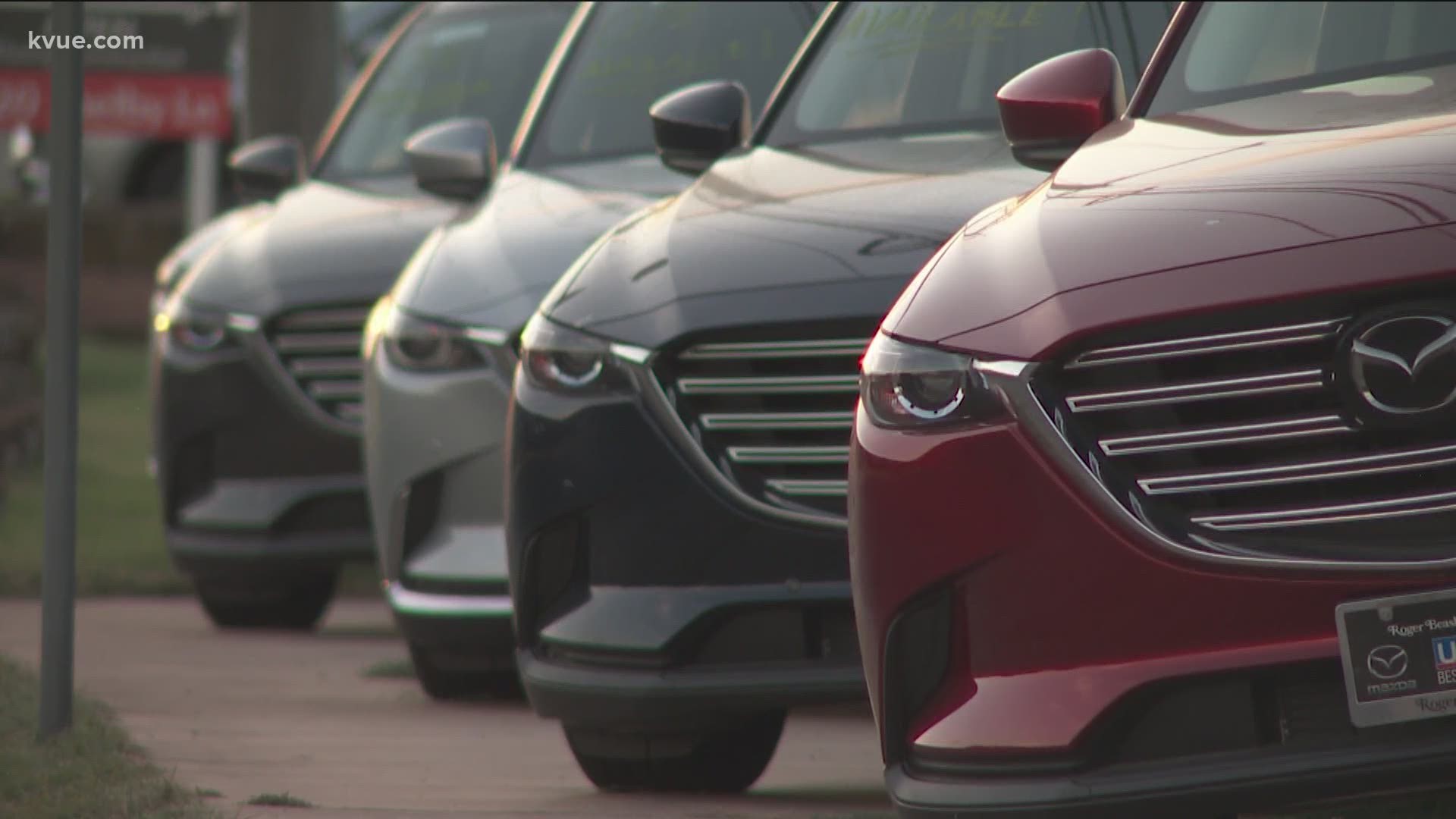 AUSTIN, Texas — The TV commercials from car dealerships may be hard to resist, with offerings of low financing rates, zero down and zero due at signing. It appears they're working – even during a pandemic.

"The dealerships remained open, and there has been strong demand for cars," said Michael Marks, the executive director of the Austin Automobile Dealers Association.

The proof is in the numbers.

According to data from AutoViewOnline.com, nearly 6,600 new cars were registered in the Austin metro area in June 2020. That's about 800 fewer new cars registered compared to 2019.

Here are the numbers for April, May and June:

The numbers are down, but they're not as bad as you might expect during a time when people are cutting costs.

"Several of the manufacturers are offering incentives and, certainly, the incentives boosted sales," Marks said.

Still, Craig Dacy, a financial coach in Austin, told KVUE while the deals may be tempting, you shouldn't get a new car unless you have the cash to buy it.

"I think this is not a good time to take on debt regardless of the interest rate. We want to keep our monthly payments to a minimum or down to zero, so that way your income can stay with you and not being paid on a car," Dacy said.

RELATED: How the pandemic is impacting construction projects in Downtown Austin

That's the advice he gave his clients before the pandemic, but it's even more important now when there are doubts about job security.

"It's the last thing you need after being laid off, those financial hits, to suddenly have this piece come into the puzzle," Dacy said.

The numbers, however, show those fears aren't keeping too many people away from getting a new ride.

Marks said some dealers in the Austin area are running low on stock, but they expect to be restocked as soon as August as more factories reopen.

WATCH: Is now the time to buy a new car?