The owner is looking for help after a water fountain piece by famed Mexican artist Sergio Bustamante was stolen this week. 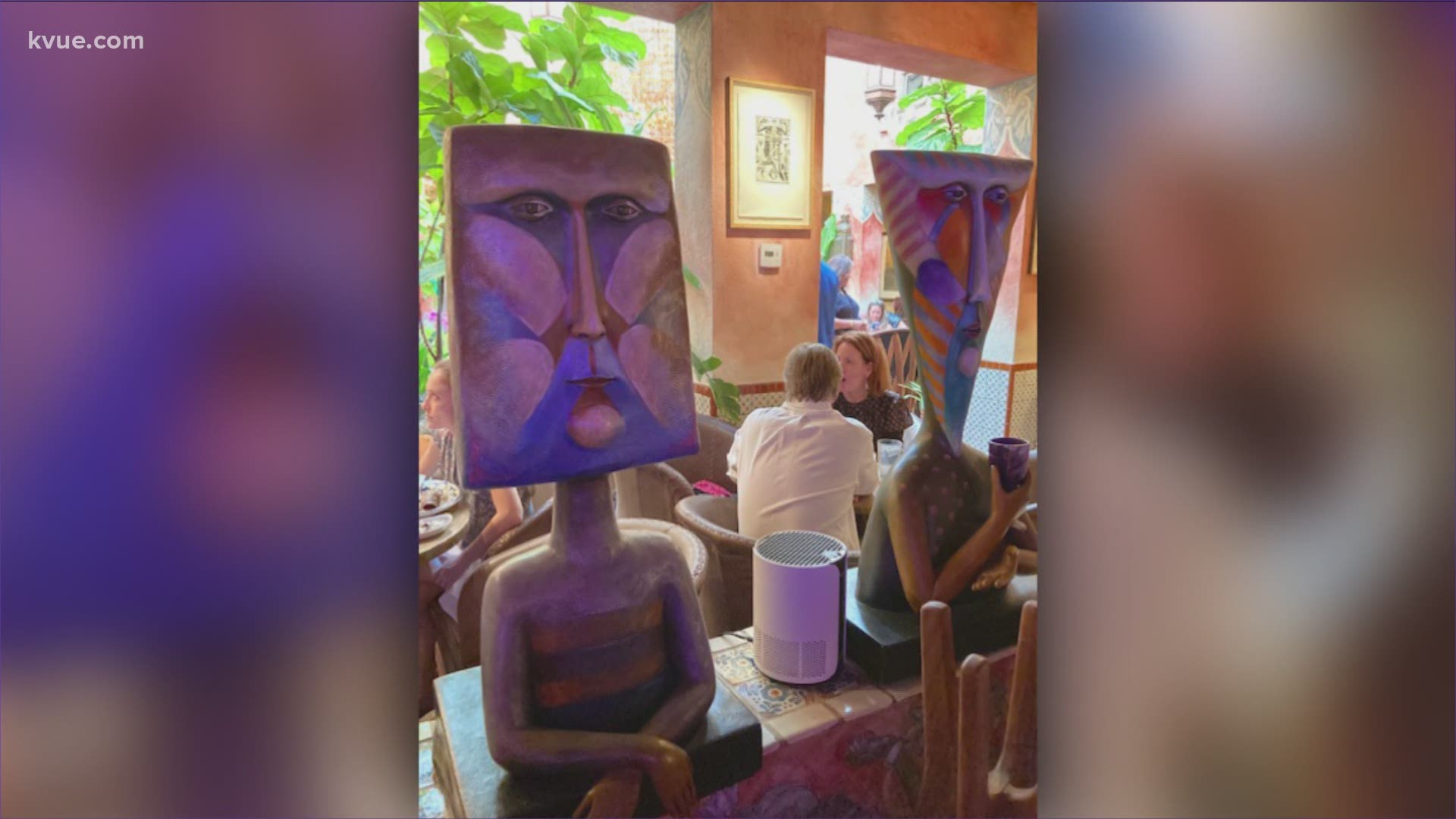 AUSTIN, Texas — The owner of Fonda San Miguel in Austin is seeking help after an art piece was stolen from the restaurant seemingly overnight.

The stolen artwork is a water fountain in the shape of an elongated, rectangular face cast in solid bronze. It's about 34 by 14 by 5 inches and weighs about 62 pounds.

The restaurant is offering a $500 reward for help tracking down the fountain, which was created by famed Mexican artist Sergio Bustamante.

They believe the piece was stolen between midnight July 6 and 6 a.m. the following morning.

The restaurant said the fountain was situated behind a wooden lattice and stone wall and was not easily visible from outside of the restaurant.

"It is massive and would have required at least two strong individuals and a truck to pull this off," said Gilland, restaurant owner.

He purchased the piece in 2019 after visiting Bustamante's gallery in Guadalajara, Mexico.

"Sergio Bustamante is a world-renowned artist whose creations are coveted," said Gilland. "My guess is the thieves knew exactly what they were stealing."

Several other pieces by the artist are also on display throughout the restaurant's interior. Additionally, Gilland donated a Bustamante piece to the Austin Central Library.

KVUE has reached out to the Austin Police Department, and a spokesperson said a "non-emergency service request was filed, but there is no other information available at this time."