Austin's historic Buford Tower, scarred by a fire Thursday, holds a special place in the hearts of firefighters

One of Austin's iconic structures was nearly demolished in the 1970s. 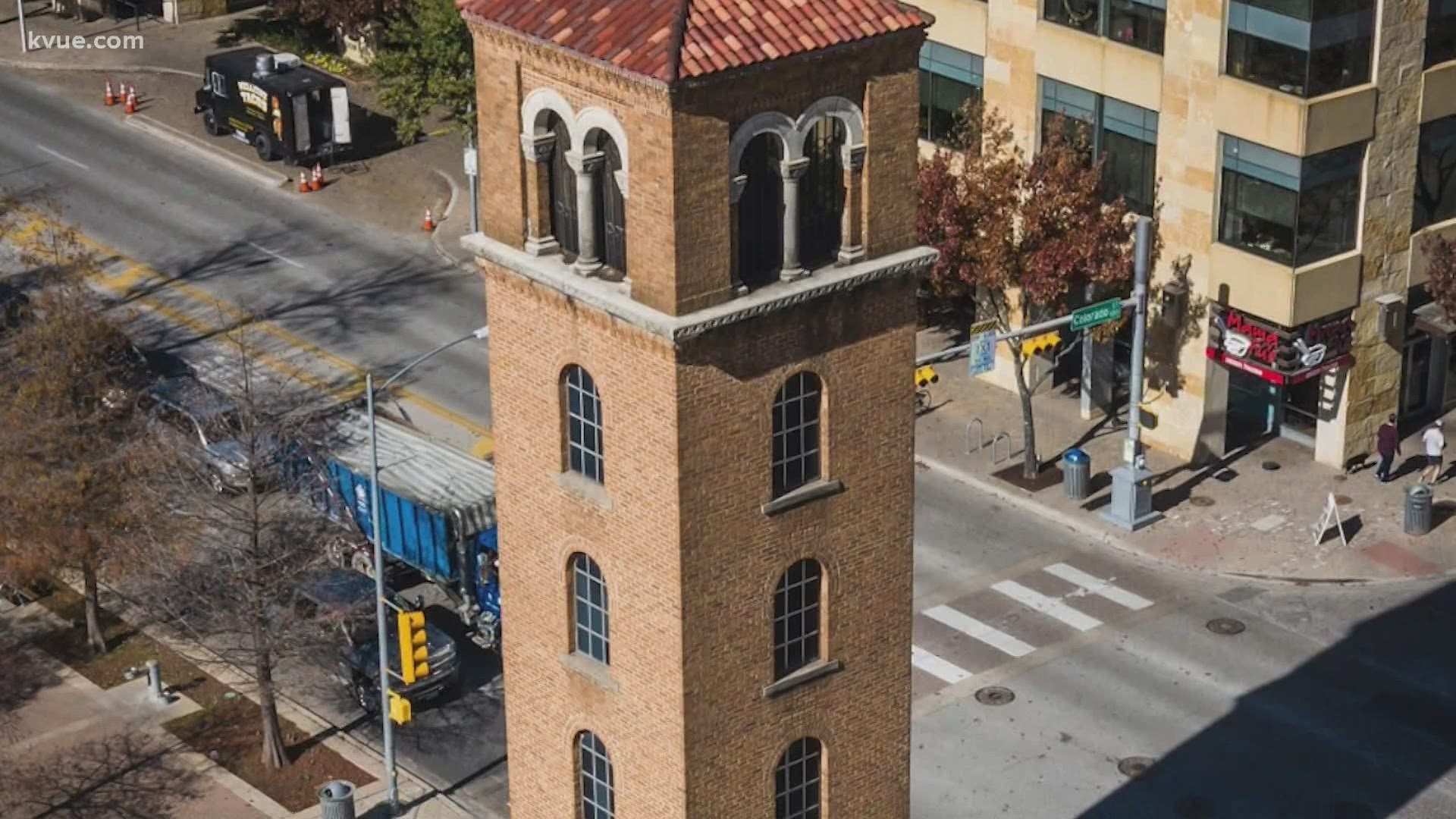 AUSTIN, Texas — Buford Tower, which was damaged on Thursday when a nearby campfire spread to the building in a case investigators are calling arson, is a true landmark from Austin’s past.

Sometimes referred to as the old fire department training tower and located downtown on the north shore of Lady Bird Lake, it was built in 1930 and was one of the city’s tallest structures in its day. When firefighters trained there, big crowds would often come to watch as firemen used flares and smoke bombs to simulate blazes inside the tower.

It served a practical purpose by giving firefighters an opportunity to practice climbing long ladders while hauling heavy hoses to heights of six stories. But as downtown grew, it wasn’t the best spot to hold training exercises, and a new tower was built in southeast Austin in the 1970s.

Our beloved Buford Tower, named for Capt. James L. Buford who died in '72 trying to save a 15YO boy from drowning, caught fire last night. It's also the site of our annual 9/11 ceremony. We hope this reminder of all who made the ultimate sacrifice to save others is restored soon. pic.twitter.com/YUckSfZJd0

After it was no longer needed, City Hall planned to demolish it until a group of citizens led by the wife of the man whose company built it saved it in 1978. Many consider the old tower a thing of beauty, designed and built in the style of an Italian bell tower.

The tower holds a special place in the hearts of Austin’s firefighters. It’s where solemn ceremonies are held each year to honor the lives lost on Sept. 11.

Long after it was built, it was named for one of their own: Fire Capt. James Buford, who drowned when he tried to rescue a teenager trapped in Shoal Creek during a flood in 1972.

Hopes are high the tower will survive Thursday night’s fire. After all, it’s survived for more than 90 years in a Downtown Austin of high-rise buildings that probably no one in 1930 could have imagined.