In 2008, China Smith set out to create a dance company that would tell the story of black folklore through dance to Austin. 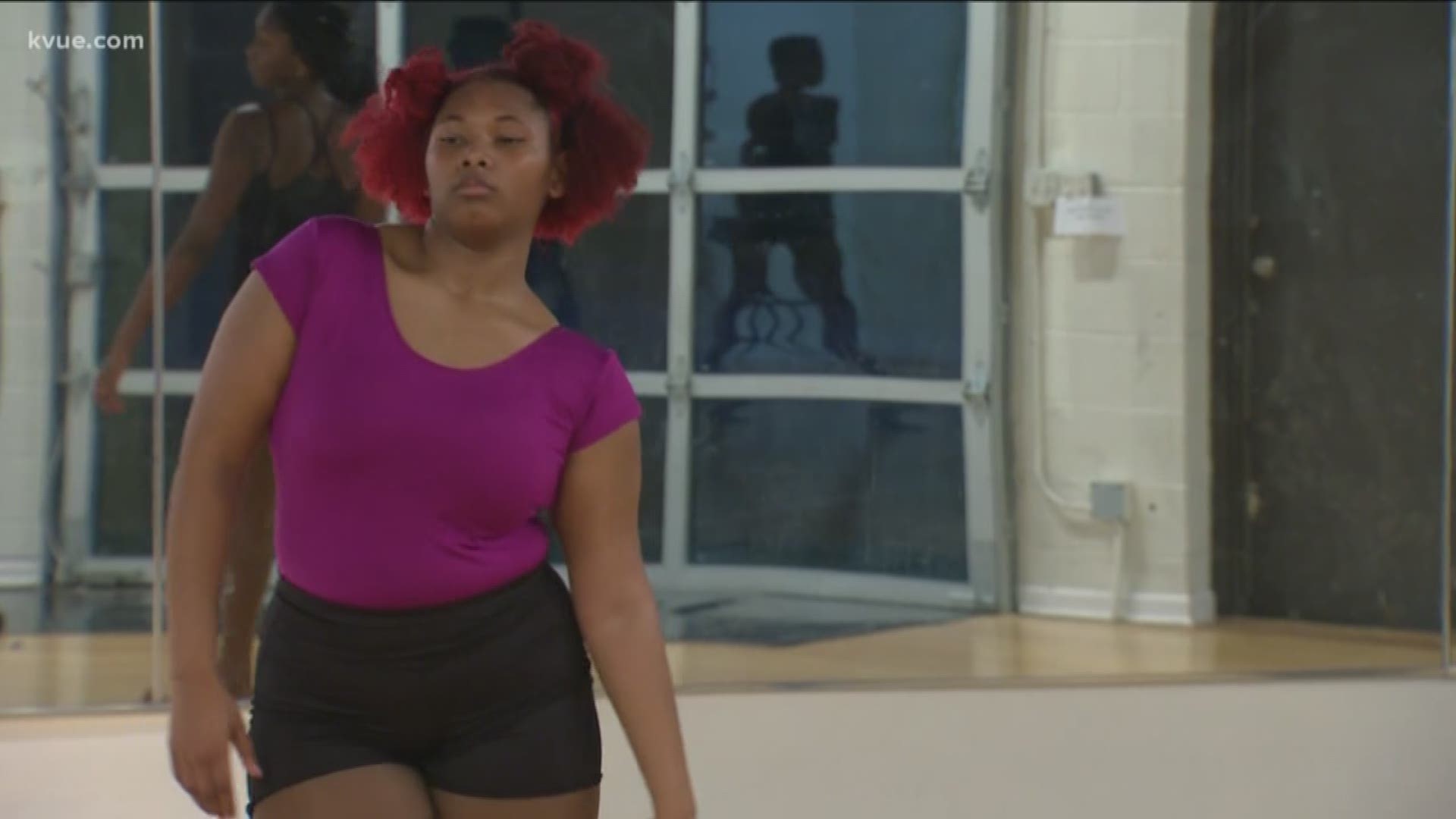 AUSTIN, Texas — It comes as no surprise that the Live Music Capitol of the World is rich in artistic expression, especially dance.

The variety of dance in Austin seems to be endless. There's ballet, tap, even dancing with garbage trucks, because we like to keep things weird. And all across the city, you can even explore culture through dance with Ballet Folklorico companies, Bharata Natyam or hip-hop. But Austin's dance scene wasn't always this inclusive.

"I really had no idea, as a little girl, that there was such a thing as a dance studio," said China Smith.

Smith grew up in East Austin.

"The arts is something that I really didn't have a lot of access to in my community," she said.

But her childhood home was filled with music and dance.

"My family danced, salsa and bachata and merenge," she said. "That's ... that was what we did. I was exposed to a lot of music."

A jazzy 'Nutcracker' for Austinites

Her first formal dance experience happened during her freshman year of high school when she enrolled in her first dance class.

"I couldn't wait to be a part of something that had music and dance and arts involved, but nothing looked like me. And I just did not feel a connection," Smith said.

It wasn't until she came home from college that she started exploring dance again. Smith started by joining the Puerto Rican Folkloric Dance Company.

"I was really drawn to it because there was a lot of African influence in the style of dance," Smith recalled. "And so that made me want to explore more styles."

The exploration sparked a desire to create, to bring black folklore to Austin through dance. In 2008, Ballet Afrique was born. It had a rocky start. Smith hit roadblocks because she wasn't trained in ballet, but she learned.

The next challenge came in trying to build an African dance company in Austin.

"For the audition, not one black dancer showed up," Smith recalled. "And so I said, we will start with the little babies."

Ava Dallesandro was one of those babies.

"I was just a toddler so I didn't really know what was going on," the now 11-year old said.

Dallesandro started dancing with Ballet Afrique when she was just two years old. Her mom saw a post about the up-and-coming dance company.

"She took me here for my first class and I never left," said Dallesandro. "This place is my second home."

"I love it here. This is my home," Atwood said.

She was in the fourth grade when she started dancing with Ballet Afrique.

"I like never thought I would be a dancer," said Atwood.

But that's the thing about Smith – she smashes stigmas.

"When you walk into a ballet room, it can be intimidating," Smith said. "It has a very long history of it being designed to be that way. It is for the elite."

In her studio, ballet is for everyone.

"Something that they do a lot here is that you have to know how to dance from your soul," said Jonafa Banbury.

Banbury drives all the way from Kyle so her son can dance with Ballet Afrique.

"There were no black dance companies where he was or anywhere else in Austin; there's not a lot. So this place is unique for him, and it's someplace where he can come and feel accepted and dance in a way that's more familiar for him," she said.

By opening the world of dance to more children, Smith has gained national acclaim. In 2012, she was featured in Oprah's "O Magazine." Her performances of Duke Ellington's "Nutcracker" sell out each year. And despite being forced out of its original location in Highland Mall to make room for a changing, growing Austin, the Ballet Afrique Dance Academy is flourishing.

The success is the result of a vision to give black and brown children in Austin access.

"I just feel like choice is power," Smith said. "The more choices you have, the more empowered you are. And so I just want to make this one of those choices."