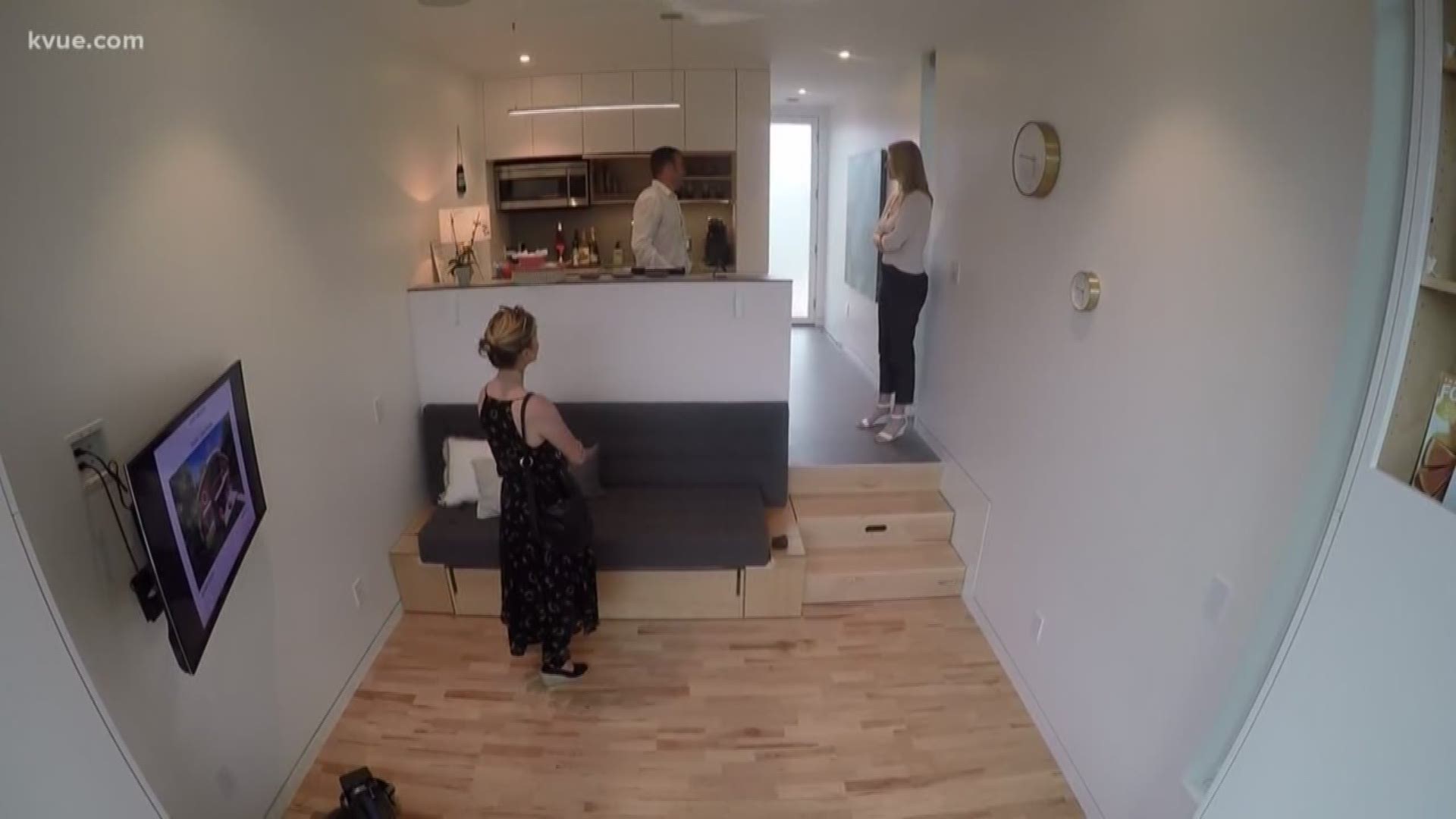 AUSTIN — One of the biggest “micro estate” communities in Central Texas is under construction in South Austin.

Located off Old Manchaca Road, Constellation ATX will feature 82 tiny homes, or micro estates as they prefer to call them, by at least two different design companies.

Stinson said he recognized that people wanted to live closer to the city and entertainment areas, like the nearby Moontower Saloon, without paying more than $300,000. However, he added people don’t want to sacrifice style, comfort and design.

“We’ve created a better price point closer in for people, really close to entertainment as well,” said Stinson, noting you could also ride your bike from Constellation ATX to nearby grocery store HEB.

Both micro estate companies are led by architects who have made a significant mark in the Austin design world.

“I design inside the box, but deliciously so that people get turned on by the spaces especially, by the light, by the detail by the colors,” Porter said.

The designs include features like a patio, a spiral staircase to a wine patio and the option for two master suites in one home, along with a loft you can stand up in.

The other designer made his mark as the so-called “Professor Dumpster.” Jeff Wilson spent a year living in a dumpster as an experiment in tiny home living.

His design is distinctly modern, with lots of places for hidden storage and a one-bedroom loft.

Toward the middle of the secluded, heavily treed property, Stinson said they will build a 5,000 square foot community center and pool.

“If you’ve got a house that’s 400 to 600 square feet, you need a place to hold parties, to get together with your neighbors,” Stinson explained.

They plan to break ground on more homes over the next several months -- 82 homes in all -- and will be open for living by the end of 2018.