Austin's 360 holiday tree decorations -- love it or hate it?

Austin's tradition of decorating 360 trees has started. But what do you think about the annual tradition? 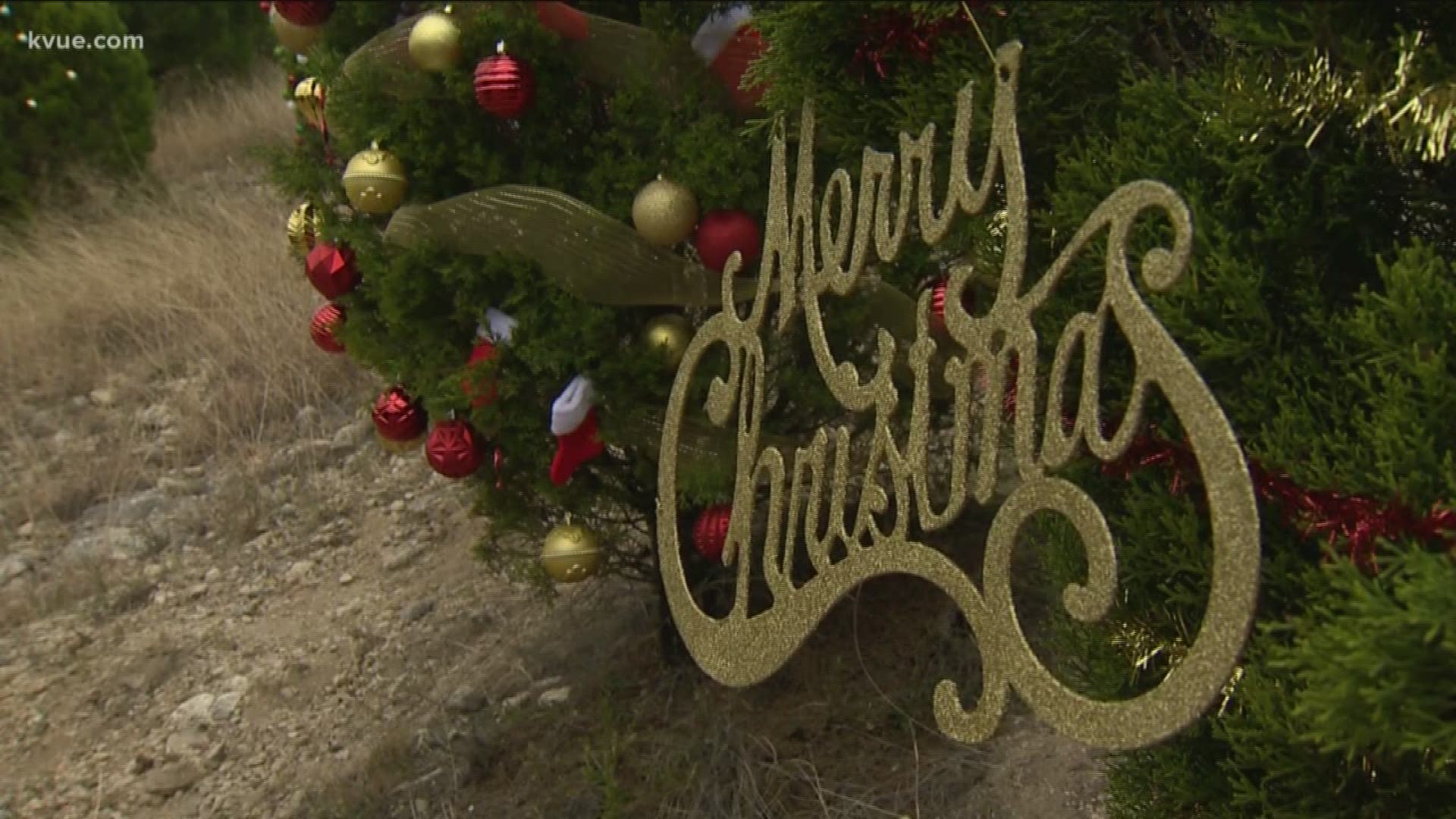 AUSTIN — As the holidays are near, Austinites have started to decorate the Loop 360 trees -- and this tradition starts now.

KVUE visited these trees on Wednesday and found them decorated in different ways. From classic to hand-crafted ornaments, and even some decorated with emoji faces, each tree has its own theme.

Jennifer Katz and her family decorated a tree on the day before Thanksgiving.

"We're new to Austin and 360 is a drive I do every day, and I love seeing the trees for the holidays, so I just thought it would be a good family tradition now that we're here in the city," said Katz.

They were careful to secure their ornaments tightly so they don't blow away, and made sure to not leave behind any trash. They said they'll be back after the holidays to clean up their tree.

"I love the spirit of it, I love the idea that people are out here as a family making the drive more entertaining actually," said Katz. "It's stop-and-go traffic Monday through Friday, so this is a nice break."

Even though it's a traditional activity that happens every year, some people told KVUE that people who decorate these trees are not cleaning the decorations after the holiday season ends, and they also said the ornaments can harm animals that live in the area.

So, what do you think? Weigh in on social media and tag #KVUE to join the conversation.