After trying to figure out how they could help, the COVID Warriors ATX group has figured out printing mask extenders would be the best use of their talents. 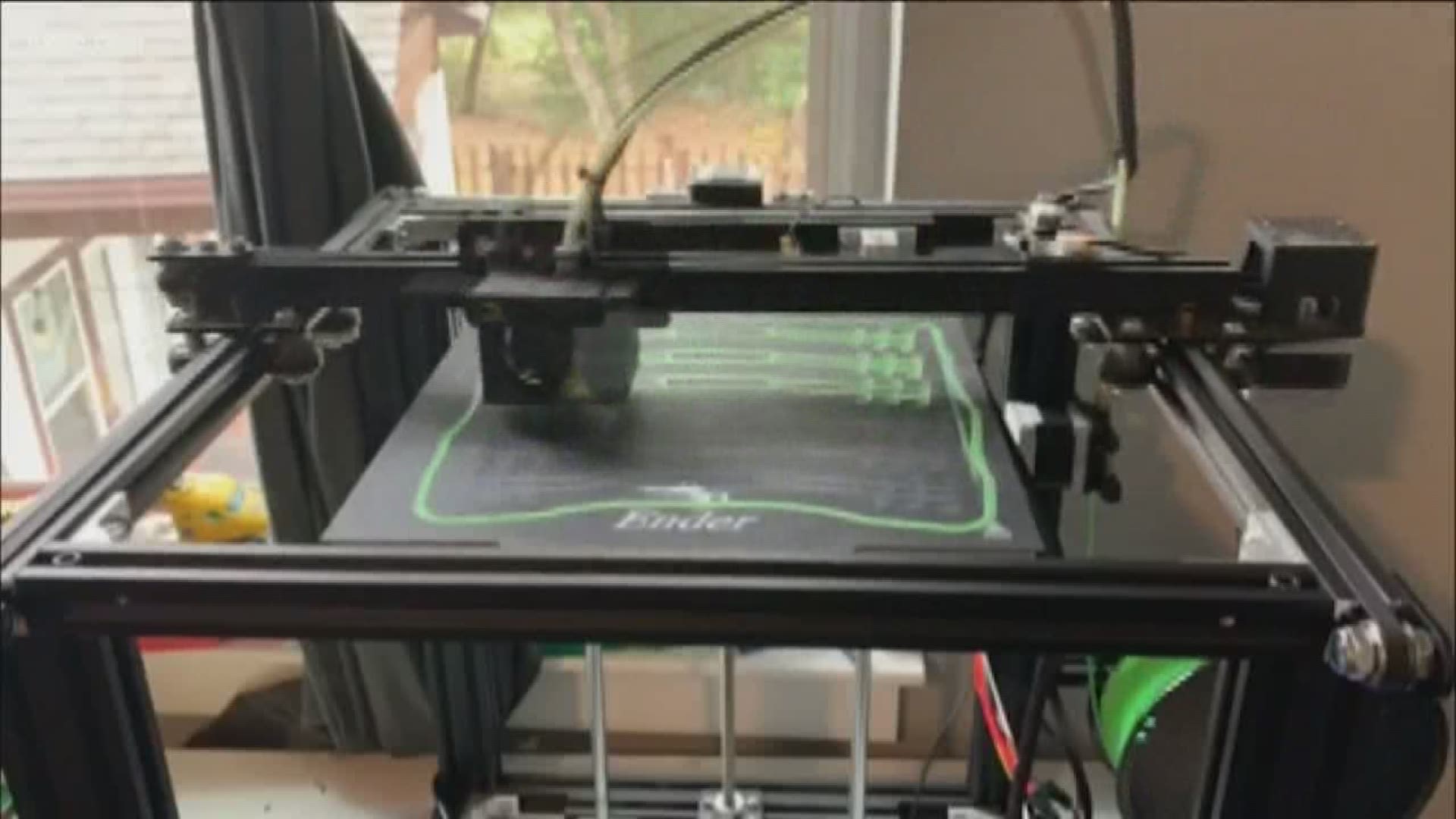 AUSTIN, Texas — Essential workers who are having to wear masks may know all too well the uncomfortable feeling of the elastic rubbing against your ears.

But some kids here in Austin are hoping they have a solution.

They may look like simple plastic and that's because, at the end of the day, they are.

"We are producing several hundred a day at this point," said Janan Miller, whose family is making them.

But it's what this piece of plastic can do that makes it special. It allows the elastic straps of a mask to come off of the ears, making masks more comfortable when worn for a long period of time.

"We've currently made two big deliveries to the Austin Police department," said Brooks Miller, who has been printing them on his 3D printer. "Totaling with a total of 500, and we have 1500 more [requested]."

"A 3D printer is pretty much like a regular printer but it moves in all directions and it uses plastic instead of ink," he added.

Brooks and his mom decided that this was the best way they had to help out through the COVID-19 pandemic. They saw a post online about someone doing the same and realized they could help.

"We're receiving requests every day, so our hope is by sharing this story we can get more people involved," said Janan.

More people than they already have.

"The things that they have to help the community," said Dionn Schaffner, who's friends with Janan.

After seeing a Facebook post from the Millers, she joined in. Her nonprofit, Gerri's Locker, also helping with the money and taking in any donations.

"I was like, 'Oh, we have a 3D printer, this is totally something we can do. We have time we have a printer, let's make this happen,'" she said. "It's really a grass-roots effort, of people of all types."

Boy Scout Troop 256 got involved as well, with several of their members utilizing their 3D printers to increase efficiency. It all started with Brooks' friend, Julien.

"I was talking to him and we were actually playing a game and he was like, 'Hey, I know you have a 3D printer, we're doing this project where we print out these ear savers/mask extenders,'" explained Julien. "So I thought that would be a really great idea."

"We've been printing constantly, for like probably a few weeks at this point, eh, maybe a couple of weeks," said Cory and Jake Tondre.

"So much of this is really crowd-sourced," said Schaffner

Making something small, which can ultimately be a big help for those working to protect us.

"We're not gonna stop," said Janan. "Even if it's the smallest thing as providing relief to the pressure of their ears, we're happy to do it."