Here's one reason to celebrate on May 11! 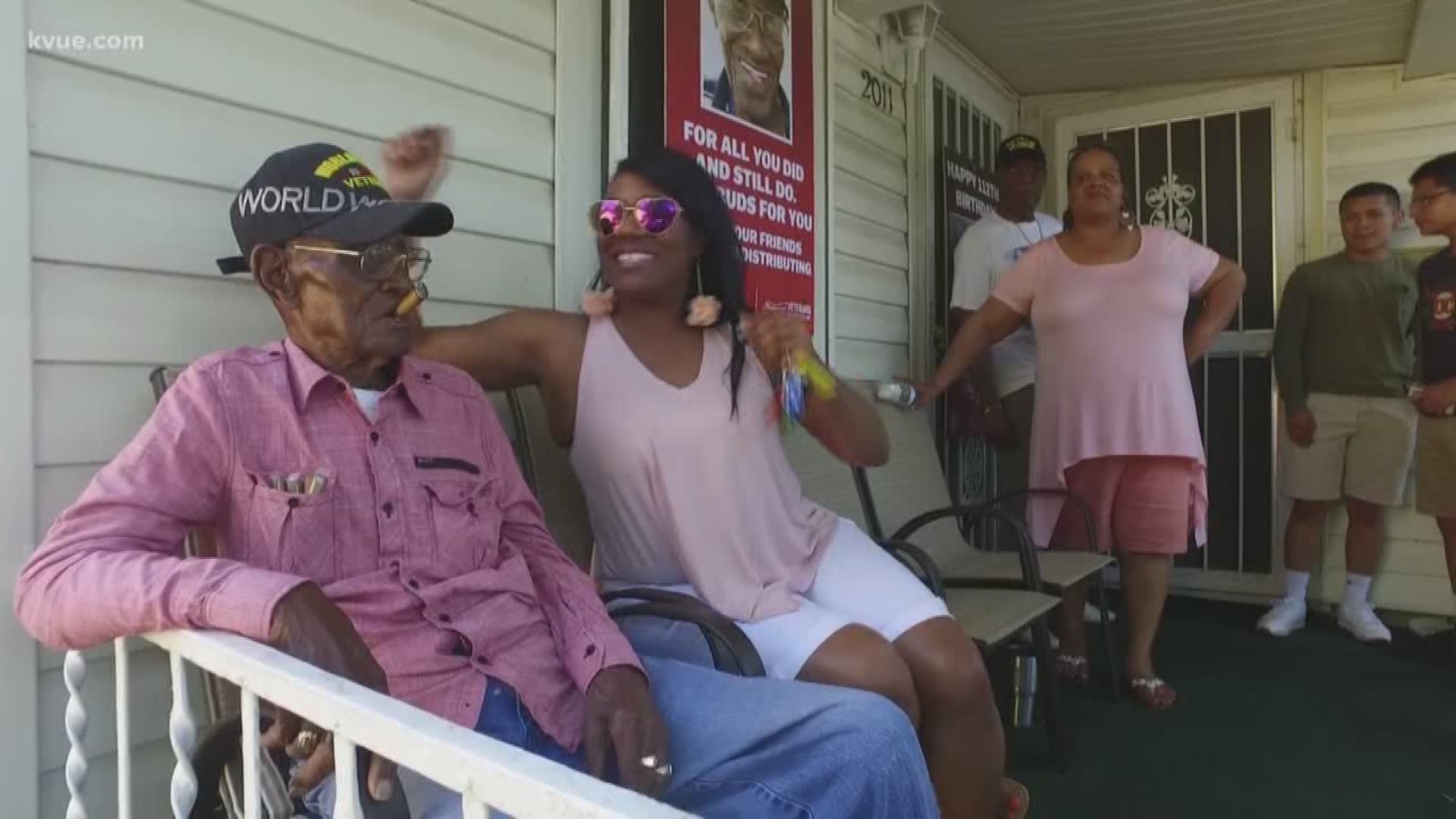 “This is a historical moment for our family,” said Overton’s cousin, Donna Fields. “So that's what brings me all the way from Dallas.”

Overton turned an incredible 112 on May 11. And many people from all over Austin attended a big party to celebrate him, including Interim Austin Police Chief Brian Manley.

Manley tweeted that when someone told Overton that the police chief had come to visit him, Overton asked, "What did I do?"

When I went by to see Mr. Overton this morning, they told him the police Chief was here to see him, he asked “what did I do?” 😀 Happy 112th birthday Mr. Richard Overton! 🎉 #AustinPD #RichardOverton pic.twitter.com/BvYzu9hdkn

Hundreds of people circled through the party that all but shut down the street.

“This is a block party. They block off the street, and they just celebrate,” said Fields with a smile. “There's lines and lines and loads of people waiting to see him constantly.”

People posed for pictures, passed out presents, and shared memories throughout the evening’s events.

Of course, the gifts included two of his standbys.

“Cigars and whiskey,” Fields laughed. “Next birthday, preferably he'll be here next year, so we can load him up for the upcoming year.”

Fields said despite his age, he still has his spunk.

“So I took a picture with him, and he says, I'm going to put a cigar in my mouth because I take a picture for the cuties with a cigar,” she said. “And we all just busted out laughing.”

He currently resides in East Austin, where he has lived since the 1940s.