The woman said her dog, Wiley, was killed on New Year's Eve after it was hit by a car. 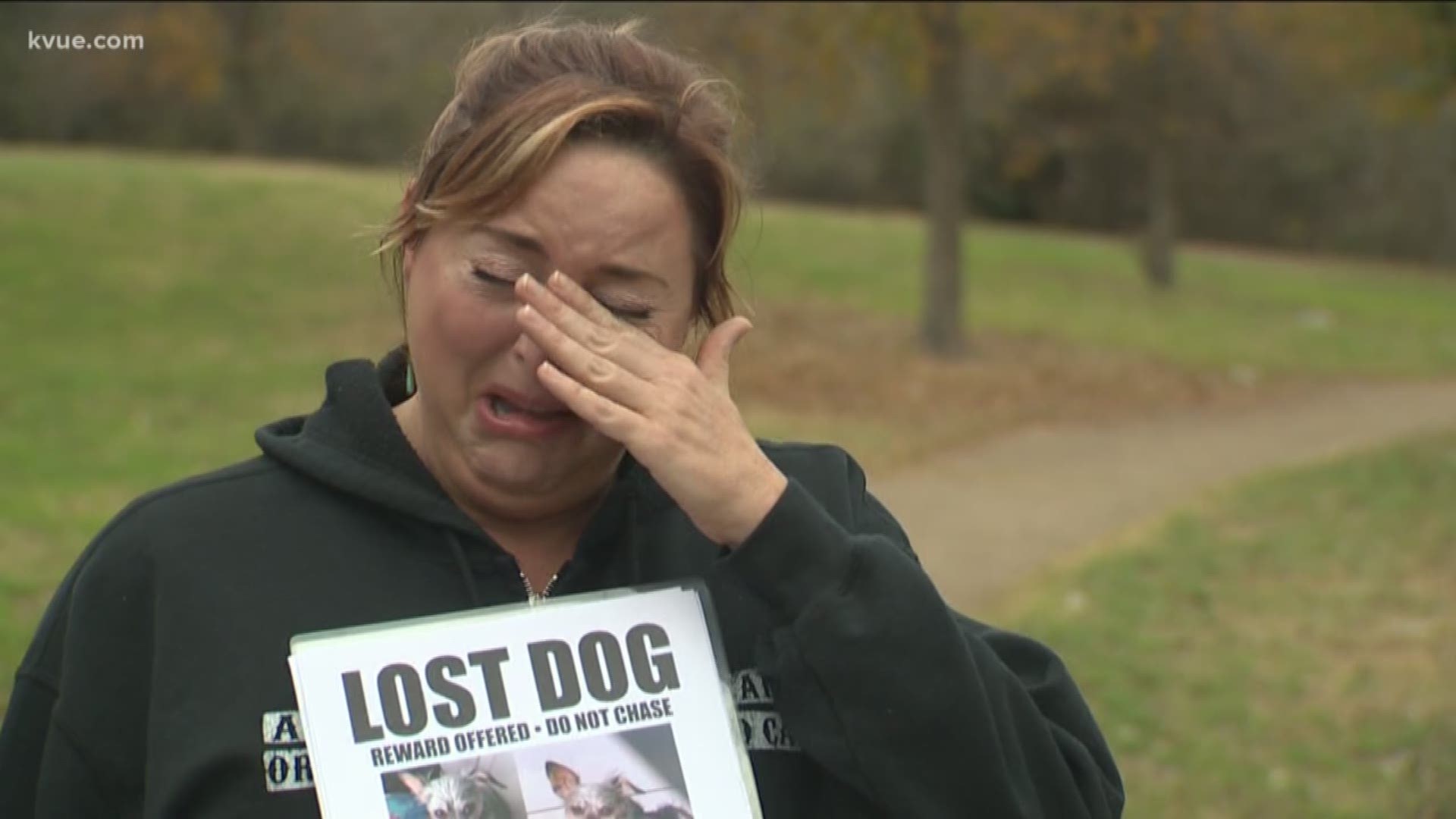 AUSTIN, Texas — Karisse Green is mourning the loss of her pet. Her dog of six years, Wiley, died after she was hit by a car on New Year's Eve.

On Dec. 30, Green took Wiley for a walk on the Butler Hike and Bike trail around noon when a bicyclist came up on the pair from behind and ran over Wiley. She said her pet was on a leash when the incident happened and that Wiley escaped from her harness and ran away.

Green explained to KVUE on Tuesday that Wiley died the following day.

"Wiley has passed on. A homeless man saw her get hit by a car on New Year's Eve. He buried her after she died," Green said. "He saw the dog was missing and contacted me. We met this morning and he gave me her body."

“She was injured when she ran away. Before she got out of my sight, I could see her right front paw was bloody,” Green said. “It was pretty violent when he ran over her so I'm scared that there's internal injuries or she has broken bones and she's hiding.”

But according to the Austin Police Department, dogs are considered property, which means there is no requirement for a driver or a bicyclist “to stop and render aid like there would be for someone injured in a vehicle crash.”

If a dog needed veterinarian care after being hit, it could qualify as animal cruelty, but only if investigators “could prove the bicyclist was being ‘reckless,’ but that would be very very difficult.”

'My world is gone without him. I need him' Army veteran searching for lost service dog

Those are rules that don’t sit well with Green.

“Like a lot of people in Austin that are dog lovers, she's my child and so she should be afforded the same laws and policies as if someone hit your child on a bike,” Green said.

Green is posting on social media, putting up lost dog flyers, and offering a $1,000 reward to bring Wiley home safely.

“She is super cute, so I hope nobody wants to keep her,” Green said. “I'm hoping that the $1,000 reward would motivate anybody that thought they might want to keep her to keep a thousand dollars instead.”

Nearly half a billion animals impacted by Australia wildfires