The Inspiris valve is a new implant for patients with aortic valve disease, which doctors think may help prevent future open heart surgeries. 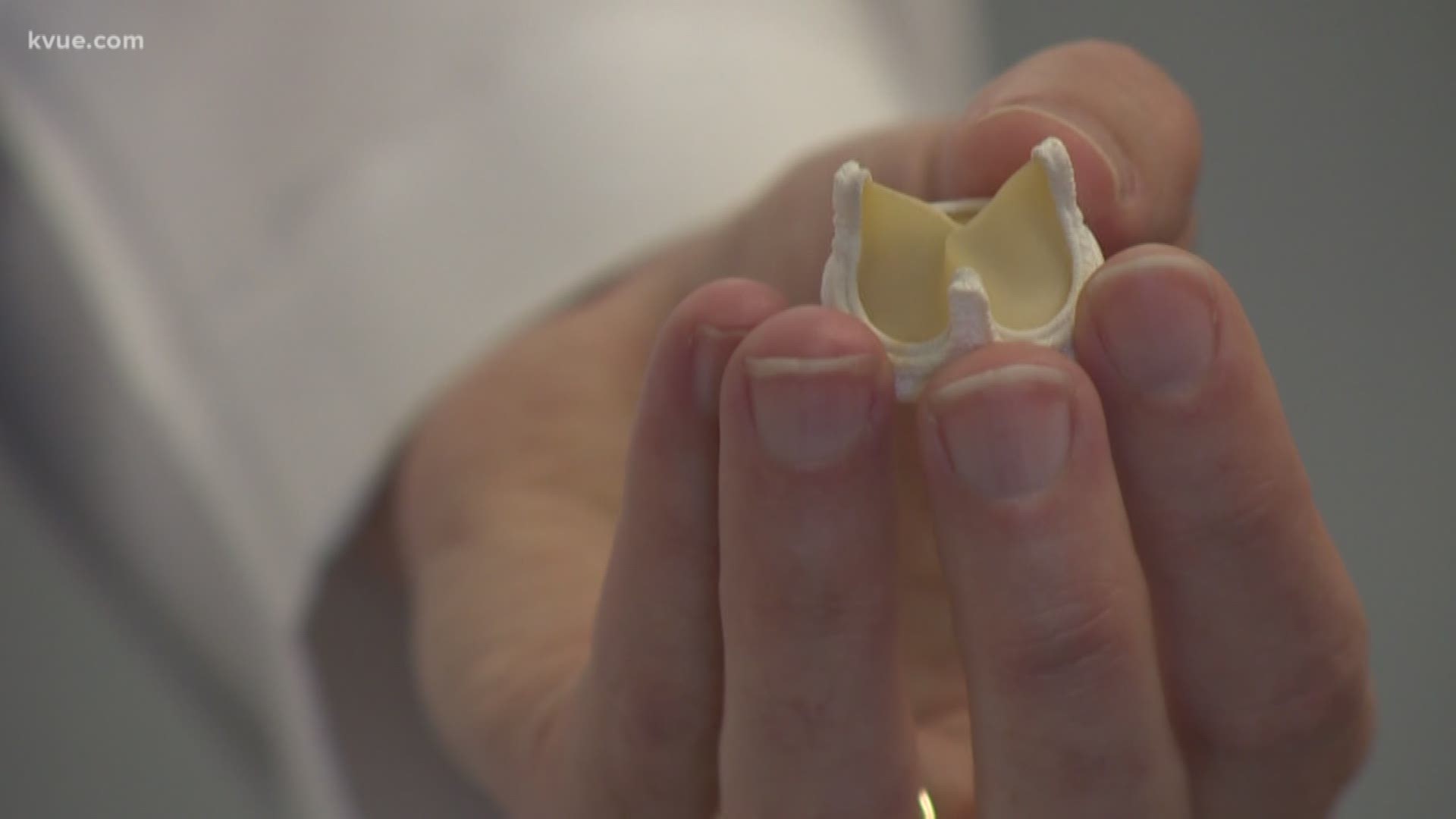 Doctors with Cardiothoracic and Vascular Surgeons believe it will help them avoid further open heart surgeries for years to come.

KVUE'S Jenni Lee talked to the first patient in Central Texas to receive the Inspiris valve.

"When that valve is so tight, and blood is not able to cross that valve, it's just going to back up into your lungs," Dr. Robert Neely said Sunday morning.

Dr. Neely explained to his patient how her heart failure also meant her lungs filling up with fluids. He was talking to 58-year-old Odelia Gonzales.

It has been nearly three weeks since Dr. Neely implanted an Inspiris valve into Gonzales' heart. Earlier this year, the 58-year-old started feeling bad.

"I started getting tired, I started having trouble breathing. We would do stuff and it would get to the point where it was like, 'Hey, I'll sit here and y'all go do what y'all got to go do,'" said Gonzales.

So Gonzales got an echocardiogram, or an ultrasound of the heart.

"All this white stuff in here, see this circle? it should be almost dark," said Dr. Neely.

That's when Gonzales became the first person in Central Texas to have a new valve implanted in her heart.

He used the device, which is made of cow tissue, to explain why the aortic valve is so crucial.

After the surgery, the echocardiogram showed Gonzales' heart without any calcification.

"Now you don't see any of the calcification in that ring," said Dr. Neely.

Gonzales said while she was frightened, she doesn't have any regrets.

"I was scared. I can breathe. golly I can breathe. I can lay down my back and I don't have to worry about I can't catch my breathe, oxygen, everything, so I feel a whole lot, a whole lot better. God it feels good, honestly, it does," she said.

Dr. Neely explained why the new valve is better than the old ones.

"With the Inspiris valve, you don't have to take blood thinners, we believe it has anti-calcification properties that will better serve long-term durability and, in my opinion most importantly, the expanding aspect of the prosthetic ring that will allow for accommodation of a transcather valve," said Dr. Neely.

Come next week, the second patient in Central Texas is expected to get the valve implanted, hoping to get on the road to recovery like Gonzales has.

Dr. Neely is part of the Cardiothoracic and Vascular Surgeons located at 1010 West 40th Street in Central Austin.