For the first time in more than two years, an Austin immigrant says she no longer fears deportation. She and her young son fled violence in Guatemala. 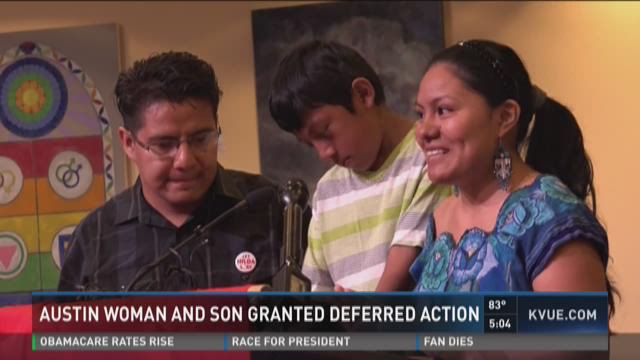 For the first time in more than two years, an Austin immigrant says she no longer fears deportation.

She and her young son fled violence in Guatemala, but they will now get another year before the federal government decides if they have to leave.

For the past 8 months, she feared to leave Austin’s St. Andrew’s Presbyterian Church.

There, she was given sanctuary from deportation during her fight for asylum.

St. Andrew’s is also where KVUE first learned about Hilda and her now-10-year-old son Ivan back in February of this year.

Before getting to Austin, they spent 11 months in a detention facility in Texas back in August of 2014.

When she left, authorities tracked her with an ankle monitor.

Now, it’s off – as the federal government has delayed a deportation decision for another year.

“She is able to apply for a work permit, in that year,” said Alejandro Caceres, immigration organizer with Grassroots Leadership, an organization that fights to stop for-profit incarceration. “Able to be in the United States, have an ID, have a social security and able to work and immigration has promised not to deport her."

Now, she looks forward to spending time with her son out in public. Ramirez said she is seeking employment in Austin. Her asylum status is still pending.