More than a month without gas, apartment tenants asked to temporarily move out as soon as possible

After the winter storms broke the gas main, people living in an East Austin apartment complex were told to temporarily relocate until the problem gets fixed. 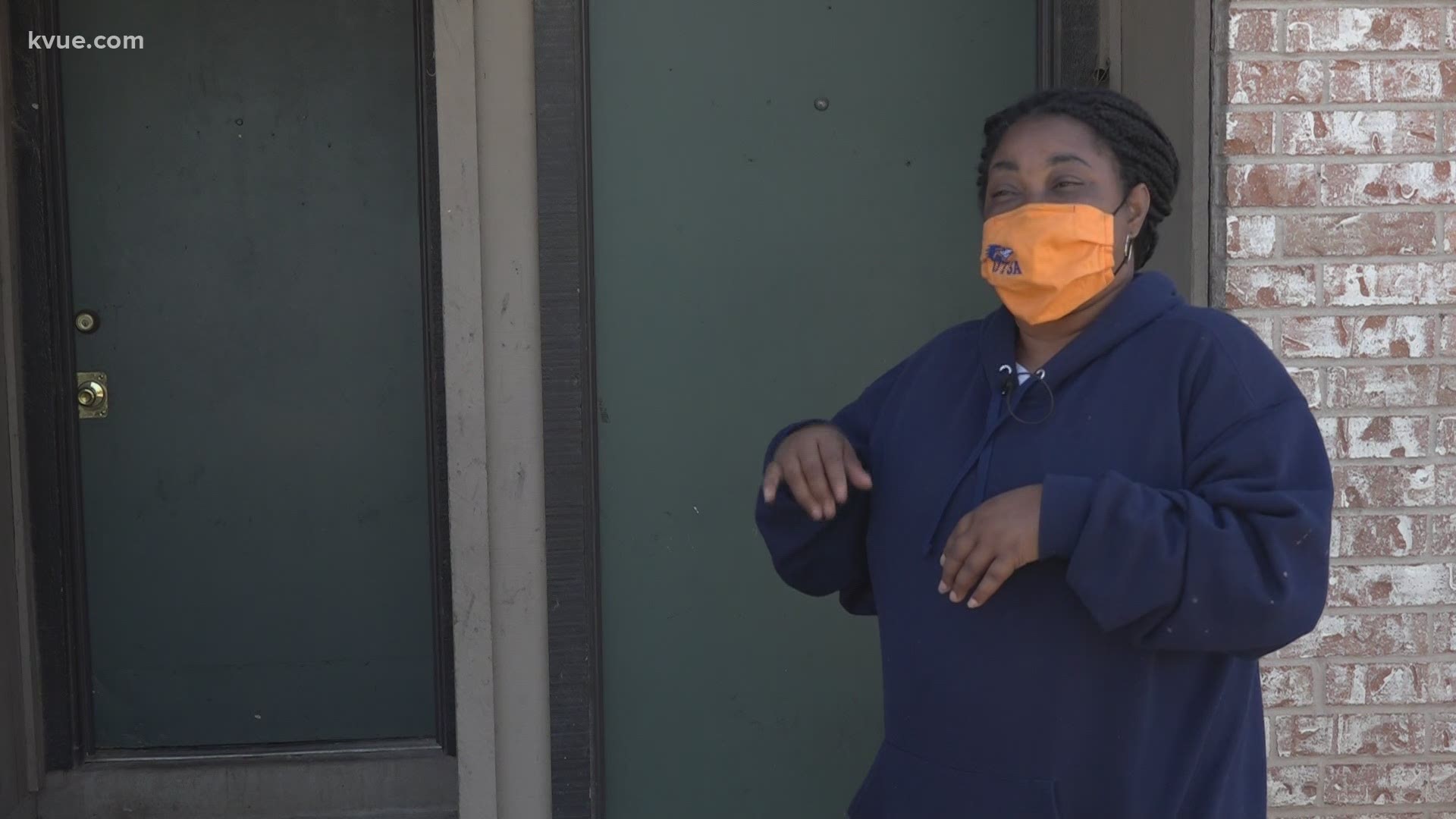 AUSTIN, Texas — On Feb. 20, a person living at Mt. Carmel Village Apartments reported smelling gas. Eureka Multifamily Group investigated and found the gas main broke. Since then, families have been without gas and hot water.

"We have to boil water, take the water to the bathroom to do our hygiene and bathe our children, my grandkids," Larese Gage, who's lived there for five years, said. "It's horrible."

On Monday, Eureka posted a notice on all 100 apartment doors saying that residents would need to temporarily move out as soon as possible. However, residents will not be required to move out until they find a place to relocate. Eureka has already started work to replace the gas main, a project that could take 90 days to finish.

Mt. Carmel Village has 16 buildings: 15 of them have residents, a total of 100 units, and one building is the community center. Throughout the past month without hot water, Eureka placed washing machines and showers in one of the parking lots on-site. They've also provided meals and hot plates for people to cook food. People living there could use the trailer facilities, but Gage said moving out is too much to ask.

"Everybody has to be off the property, but that's impossible," Gage said. "That's impossible because we have children, we have elderly people, and we can't just up and leave and stop everything."

In a notice posted on Thursday, Eureka said the washing machine and shower facilities would remain on-site until every resident had relocated.

Eureka provided a "certified relocation expert endorsed by the Housing Authority of the City of Austin (HACA) and SW Housing Compliance Corp. (SHCC)" to help people find a place to go. According to the company's voice message machine, the relocation expert was on-site on Thursday and will be on-site on Friday to help make appointments and plans for where to go.

"Residents are not required to pack and leave their units until their individualized relocation plan is developed with our specialist," Jennifer Guerra, the vice president of affordable housing in Eureka, said in a statement.

According to Guerra's statement, if a resident finds relocation from Eureka, they will still have to pay rent in full. If they end up staying with family or friends, that will temporarily terminate the lease.

"If a resident chooses to not accept temporary housing but elects to move in with friends and family, their lease will be terminated until after the repairs are made, at which time they can return to the property. They will not pay any rent during this time," Guerra said.

In Eureka's initial posting on Monday, the group does not plan to terminate any leases. Gage said Eureka has told her daughter differently, which is one of their biggest fears for leaving.

"She's frustrated because they're telling my daughter if she's not out of her apartment by Friday, tomorrow, she's going to lose that. They're going to terminate her lease if she's not off the property and that's not right," Gage said.

When asked what happens if residents don't have a relocation plan by the end of the day Friday, Guerra responded with the same, "Residents are not required to pack and leave their units until their individualized relocation plan is developed with our specialist."

Gage said she wants more direct communication from Eureka Multifamily Group to clear things up and to see the living conditions. Because of the work being done, the property has had to turn off many of the water valves. Gage's daughter can only fill her tub with water to flush toilets.

"Fix the gas leak, for one," Gage said. "Get the water working, for two. If they are willing to let the tenants come back, make sure everything is up to par, passing code."