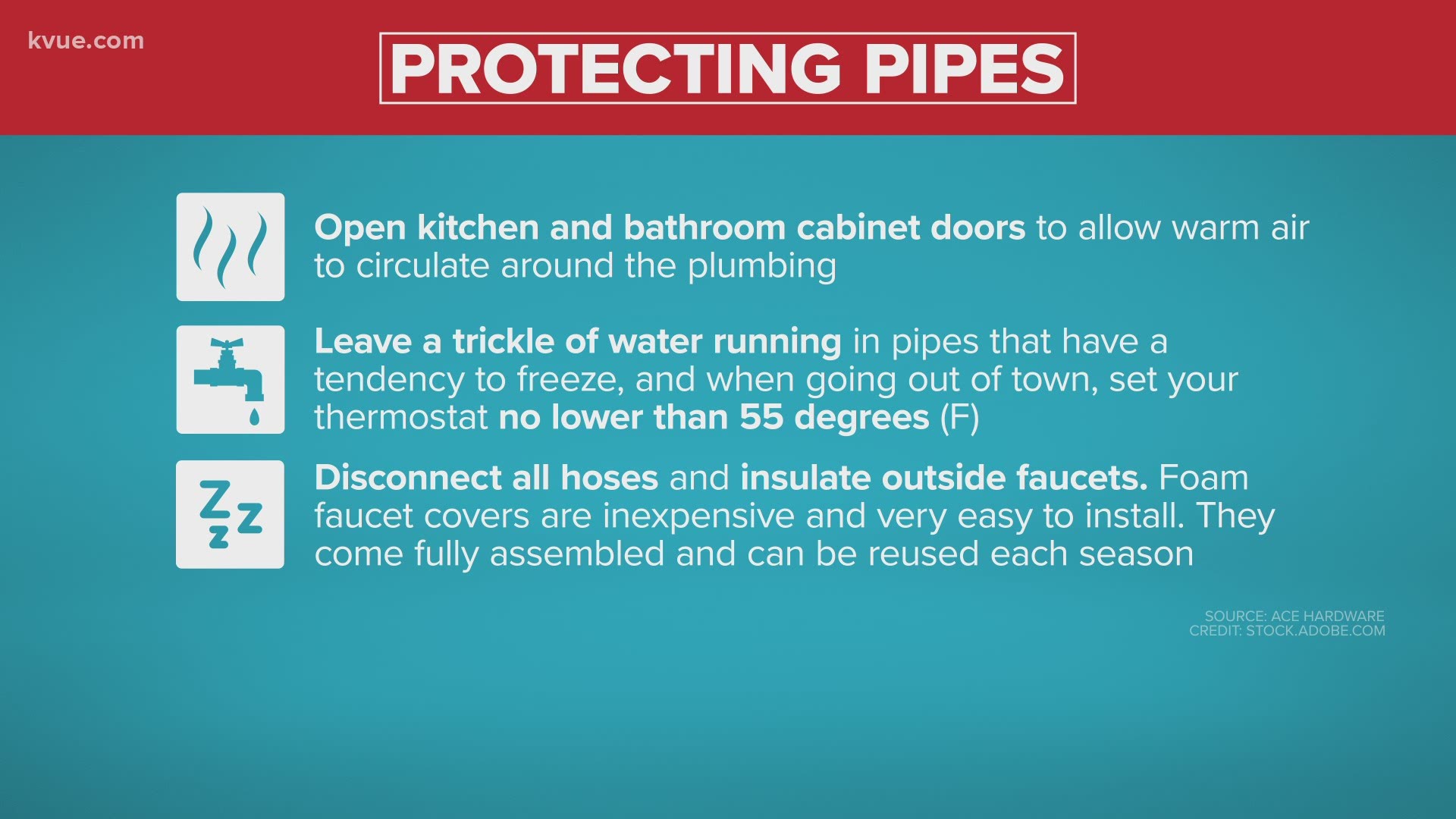 AUSTIN, Texas — On Wednesday, Austin Water officials asked its customers to not drip water from faucets as the demand for water has surpassed 2.5 times the amount of water generated in the past 24 hours.

The utility company also said there have been "many thousands" of residential pipe bursts and "many dozen" water main breaks. Austin Water officials said this has caused areas of the City to suffer from low water pressure or outright water outages.

The areas with the most severe water outages are in southwest Austin, where boil water notices were issued earlier on Wednesday. Austin Water also asked customers to isolate burst pipes, if possible, or report broken pipes to 311.

"We are in a decision-making mode of trying to restore water to hospitals and fire protection and other essential services," Austin Water officials said. "We really need customers to cut back on things like dripping faucets, managing appliance use like dishwashers and washers."

Austin Mayor Steve Adler said in a City press conference that the demand was nearly 300 million gallons a day. He said this is by far more than the City has ever seen before. Adler attributed the high water demand to things like water leaks, people filling up their bathtubs and dripping faucets.

Here is the statement sent out by Austin Water:

"To avoid additional impacts to water service, such as a citywide boil water notice, impacts to fire protection, or widespread lack of water service, Austin Water is immediately requiring mandatory conservation measures:
Limit water use to essential needs; Now that temperatures are rising, turn off dripping faucets indoors and outdoors; Delay the use of appliances such as washing machines and dishwashers; Report water main breaks to Austin Water at 512-972-1000; If pipes at your home or business have burst, stop water waste by turning off your water at the property-owners cut-off valve. If you are unable to locate your property-owners cut-off valve or if it won’t work, then call Austin Water at 512-972-1000 for assistance with turning off your water."

No, wind and solar power are not the main causes of Texas' power outages despite Gov. Abbott's claim on Fox News | VERIFY