Austin Water initially budgeted the project at $750,000 for 10 water fountains, but is coming in under budget and saving money. 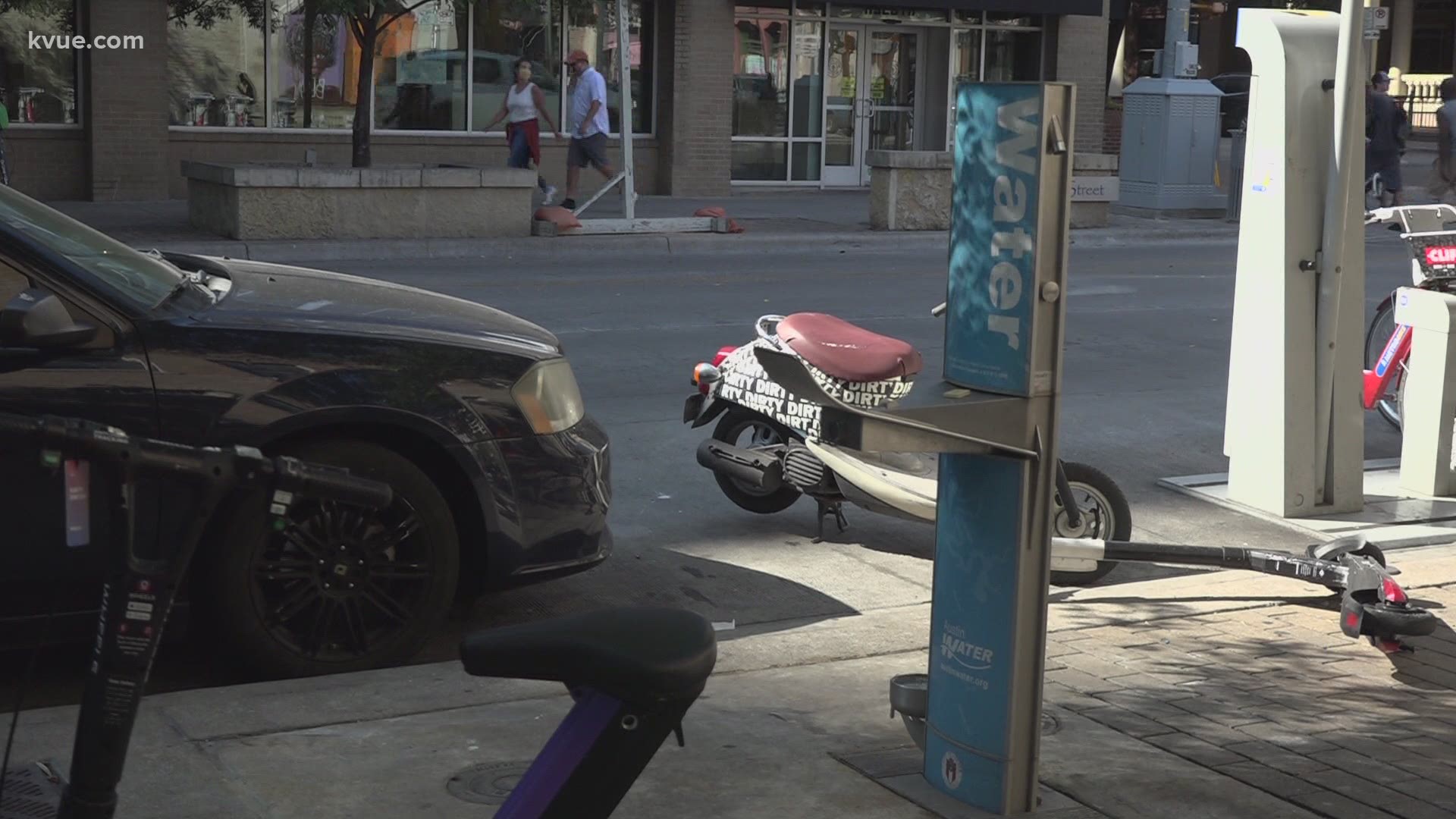 "We're just trying to put it out there for everyone," Matt Cullen, division manager of distribution system engineering for Austin Water, said. "It talks about pedestrians; it talks about bicyclists, talks about those experiencing homelessness."

Austin Water installed the first two fountains at Fourth and Trinity streets, and Sixth and Brazos streets. Jokingly, a person experiencing homelessness near Sixth and Brazos said the City installed a kitchen for them. Austin Water chose those two locations because of their proximity to public bathrooms and the plumbing infrastructure already there.

Because of the infrastructure already in place, the first two fountains were cheaper than the other eight slated to be installed by mid-2021. Each one has three nozzles: one for drinking, another to fill a pet bowl and a third to fill up a container with water.

'We will be back downtown.' | Austin staples leave downtown, open elsewhere with plans for the future

Austin Water's installation comes at the same time city council is looking to jumpstart the downtown economy, which has slowed because of the coronavirus pandemic; however, Cullen does not believe the remaining funding for the project will be redistributed.

"We said that Austin Water would be able to provide the funding to put these fountains in, and I don't see us changing on that commitment," Cullen said. "We plan on delivering on those 10 fountains at this point without, you know, unforeseen things ahead, but there's been no discussion of that."

With the first two drinking fountains installed, Austin Water wants the public's feedback and has posted a survey. The biggest concern people had ahead of the installation was keeping the water fountains clean – especially during the pandemic.

In Saturday video, President Trump says he hopes to 'be back soon'