Imagine paying for thousands of gallons of water you didn't use. Residents across Austin are once again complaining of unexplained high water bills. It's a problem the Defenders reported on extensively two summers ago when nearly 24,000 Austin water customers filed complaints with the city. So, we decided to see how the program designed to address the complaints is working. 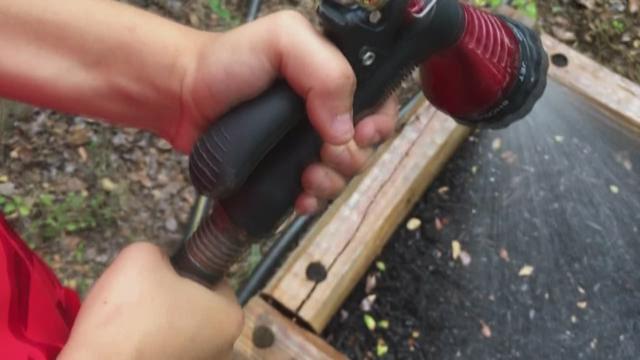 It's one thing to run your sprinklers, water your lawn by hand or fill your pool and see a spike in your water bill.

It's quite another when you've been conserving, have no pool, haven’t run your sprinklers and your water bill is ten times the norm.

"I think for the last 12 months our average was about 4,700 gallons and that was when we were watering our lawn,” said Randy Gorman. “In the last eight months, it was like 2,800 gallons when we unplugged our irrigation system."

Gorman has lived in his 1,900 square foot home with his wife and a roommate for four years.

"They're [Austin Water] claiming we used 35,800 gallons of water, which is just not even possible,” he said.

That’s the same amount of water you would find in nearly a quarter of a million bottles of water.

He even hired a plumber.

“I hired a plumber to hydrostatic test the house and there were no leaks whatsoever,” he said.

“They say the meter was working properly. My argument isn't that, but human error -- checking it, reporting --as simple as that,” said Gorman.

Sound familiar? It should.

“There's an uptick every summer,” said Robert Cullick, spokesperson for the city of Austin Utilities customer service office, which deals with complaints.

“On any given day we get thousands of calls, and about 4-percent of them are high water bill calls,” he said.

The Defenders asked for the number of complaints received over the last five years and we were told there were just 8,439.

But two summers ago when those complaints peaked – a city memo shows there were 23,944 high water bill customer complaints.

That spike triggered the city to create a program designed to help.

Now, any resident whose water use more than triples can appeal. If the city can't find an obvious cause it cuts the bill in half.

Since August 2015, the KVUE Defenders have learned the city has received 48,844 calls about water bills: 5,637 of those were for unexplained spikes. Of those, only 384 agreed to the city's adjusted amount.

Randy Gorman is one of them.

He got a new water meter and agreed to pay half of his high water bill, but only out of fear it would cost him more to fight it.

He’s still troubled that no one can explain his high water bill.

“Per U.S. standards a manufacturer with a shower head can only have two and a half gallons per minute maximum flow. That would mean we took 238 hours of showers in one month,” he said.

"What it comes down to - is my word against theirs, and unfortunately they are the big dog and I really have nothing to stand on,” he said.

The Defenders asked if the city thinks the program is working.

"Yes. I think the entire process is working," said Cullick.

A January audit on water meters across the city found 98-percent of the nearly 1,200 meters checked were accurately read. A little more than one-percent showed a difference of more than 500 gallons per meter.

Austin Water said a bill can be estimated for two to three months if there is a problem reading the meter, however they do try to read the meter every month.

What Should You Do?

If you have a question about your water bill, you should call customer service.

Austin Water says 90-percent of the complaints are resolved on the first phone call.

Click here to find out ways to conserve water around your home.

Use the application below to apply for a credit to your account after receiving an unusually high water bill.