City council members will start digging into what caused the City's water and power to fail when Austinites needed it most. 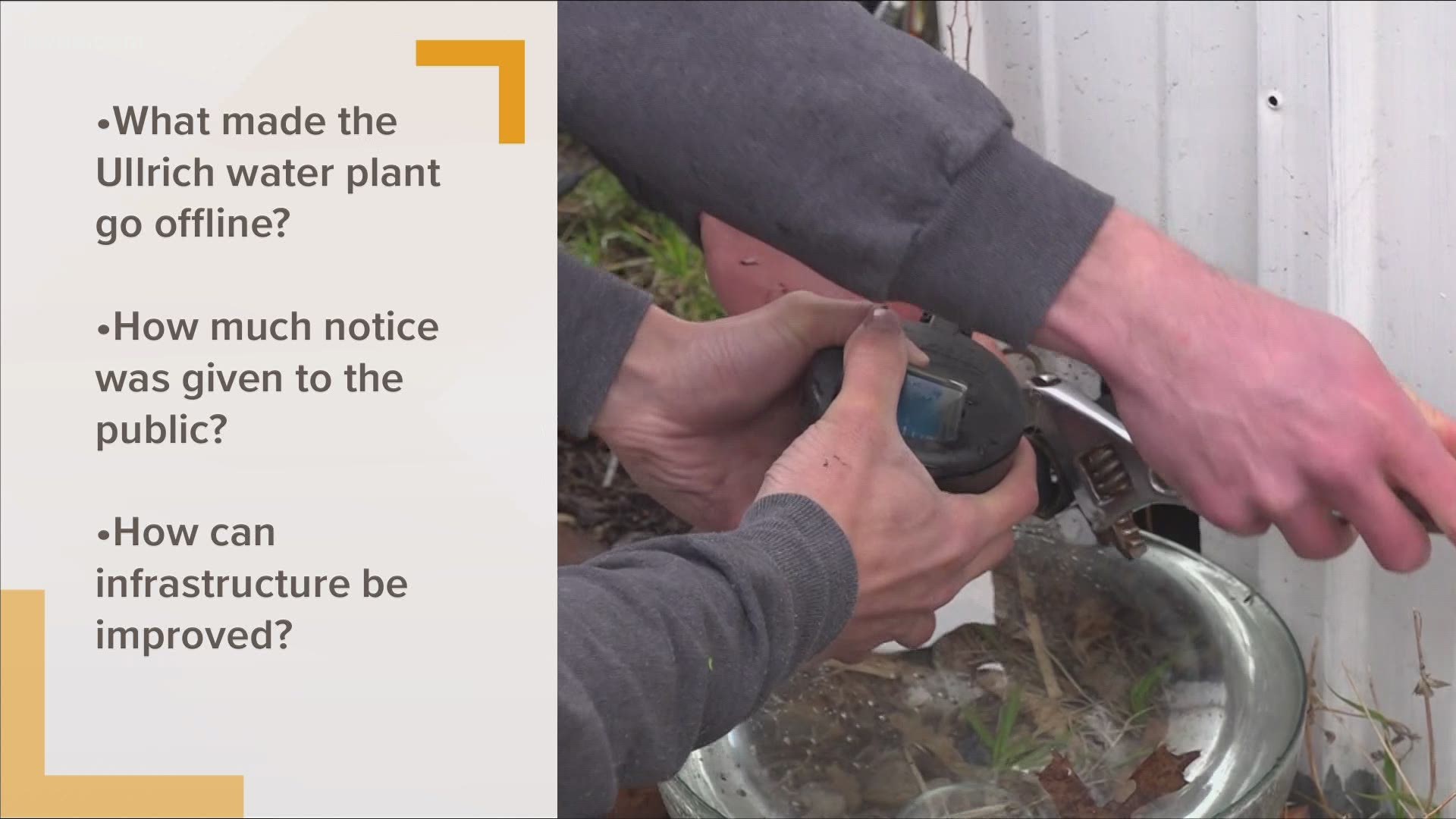 City Council Member Alison Alter, District 10, who is also on the Water Oversight Committee, said the City's priority right now is getting everyone's water back online.

"There were about 400 apartment buildings that we were concerned about," she said. "My rough remembrances, about 68 still needed water."

This does not include the private homes that are also dealing with broken pipes.

However, the City also needs answers. Austin Energy will have the chance to break down what happened before getting questioned by the committee.

When the storm hit and systems started failing, Alter said city council members were only learning about the issues minutes before the rest of the public.

"My hope is that we are going to get more details about what happened at the Ullrich Water Plant, figure out what made that water plant go down, how the power went out, how the redundancies didn't function, what were the factors beyond power that led to it and some of the other nitty-gritty," Alter said.

This week, the Austin American Statesman discovered the water plant had a backup power source, but staff members did not know how to operate a 52-year-old switch that would have restored power and kept operations functioning.

However, the issue goes beyond the power to the plant. Alter said the City needs to begin looking at the water infrastructure in Austin and how to make it more resilient to the changing climate: both the extreme cold and heat.

"I don't know that it's as simple as just do what they did up North, because they don't have our heat," Alter said. "When you weatherize stuff for cold, you're making it harder to function in the heat, too."

This is the fifth instance of a big challenge to Austin's water system. The City also faced a boil water notice during the 2018 floods, issues related to blue-green algae and zebra mussels, and the boil water notice of 2008.

The oversight meeting will start at 1 p.m. Austin Energy will have the floor first for an hour, followed by Austin Water, which will have two hours.

Alter recognizes that many people are still without water across the City. She said she has partnered with multiple organizations to make free resources available.

My staff + I have been working to recruit plumbers to Austin to repair burst pipes and get water safely flowing into homes. I'm thrilled that @water_mission @plumbing4all + @adrntx are collaborating to help us meet the plumbing needs of our most vulnerable.

This includes partnering with Water Mission, Plumbers without Borders and the Austin Disaster Relief Network to repair burst pipes and get water safely flowing into homes.

H-E-B to continue requiring masks of employees, while 'urging' customers to wear one

Biden not budging from $1,400 checks as Senate prepares to debate COVID bill