Austin veterinarians are seeing an increase in the number of dogs bitten by rattlesnakes. 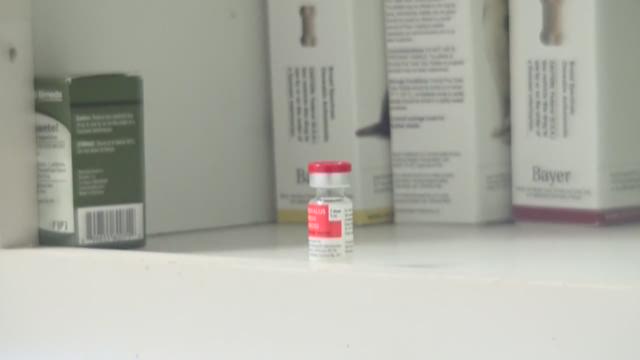 Austin veterinarians are seeing an increase in the number of dogs bitten by rattlesnakes.

The bites cause serious injury or even death to thousands of dogs every year, but there is a way to better your dog's chance of survival.

Some veterinarians recommend the Red Rock Rattlesnake Vaccine and say this is the perfect time of year to get it.

"The snakes are coming out of hibernation, they're cranky and are more likely to strike where sometimes they might try to avoid that," Jim Holcomb of Hill Country Animal Hospital Veterinarian said.

The vaccine helps dogs develop antibodies that will neutralize rattlesnake venom if they're bitten.

Lynsey McAnally has a dog that was recently bitten by a rattlesnake. She said because her Corgi had been vaccinated, he was able to recover in two days.

"He didn't have to have any sort of anti-venom or anything like that," McAnally said. "He was just being monitored to see if he was doing well and they let the vaccine do what it was designed to do."

Veterinarians say your dog has to be older than 16 weeks to get a vaccine.

Initially, it's a two-shot series, then they'll have to receive a booster once or twice a year.

Regardless of whether your dog has been vaccinated, if they do get bitten, get them to a vet immediately.