The rules were simple – when 140 people from the other squad are pulled into the river, it's game over. 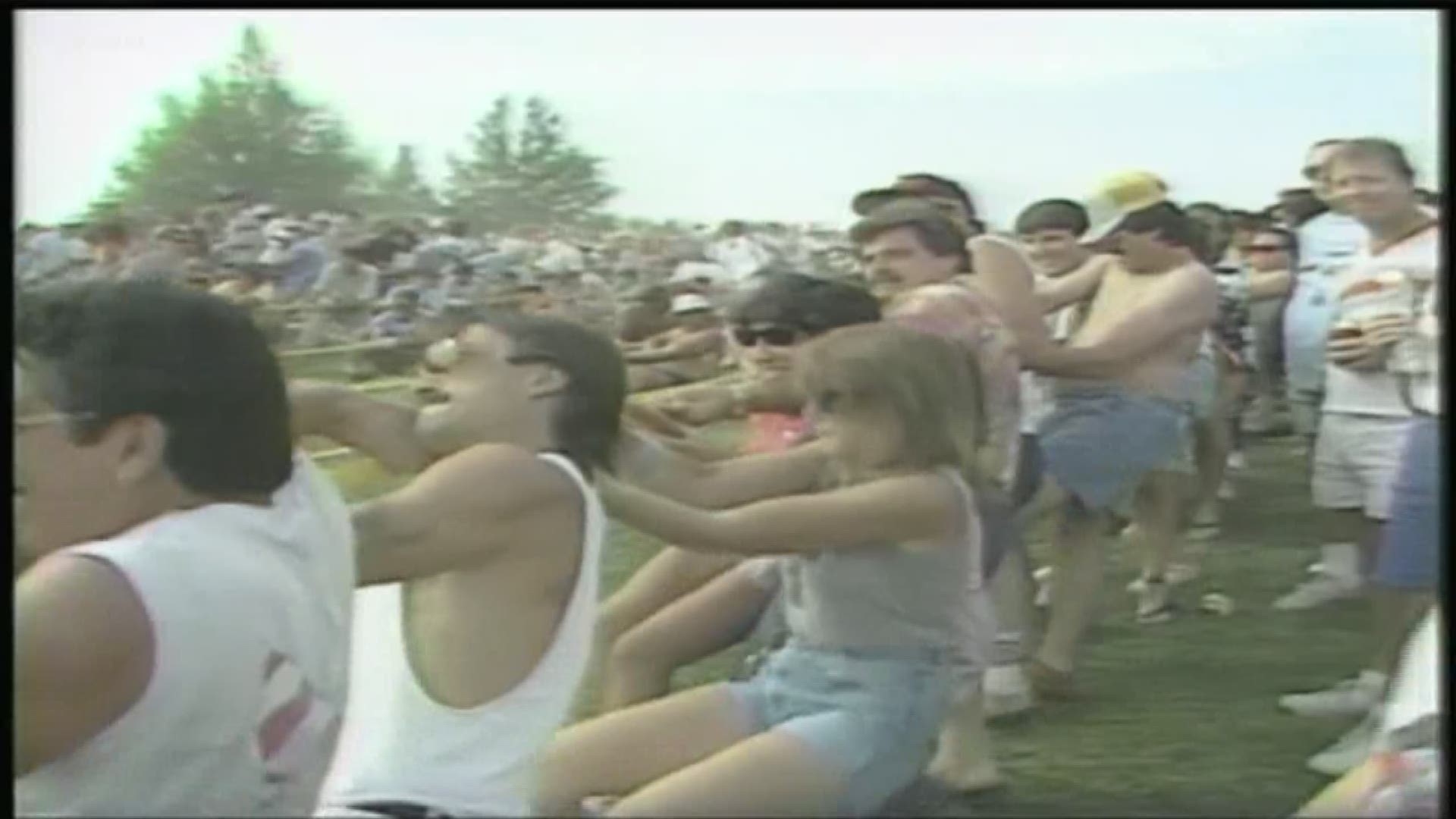 AUSTIN, Texas — Austinites can be very passionate about what side of the river they live on.

But it may surprise you to learn that hostilities were once so bad that people who lived in North and South Austin faced off in a battle.

All may be peaceful now between North and South Austin, but that wasn't the case in 1987 – the year the Bubbas from the South met the Yuppies from the North for a tug of war to see which team would pull the other into the Colorado River.

The idea came from a former state representative named Charlie Gandy, who was quoted-saying: "The North considers the South the auto parts capital of the world. The South thinks of the North as a bunch of wine-sipping, quiche-eater pantywaists."

And, yes, they served wine and quiche on the north side of the river.

The rules were simple – when 140 people from the other squad are pulled into the river, it's game over.

RELATED: The bizarre story of the man who poisoned Austin’s legendary Treaty Oak

Those were North Austinites in the river, so, you guessed it, the South won, easily.

And in the spirit of brotherhood, a self-described North Austin yuppie summed up their loss this way:

"That's cool, it was all for a good cause and we all had a good time."

It was a back-and-forth struggle that faded to the background as the city grew over the years and became united.

Allergy Alert: Cedar pollen at the highest level this season so far