The State reported Travis County's new death toll is 28, up from 12 in its May update. 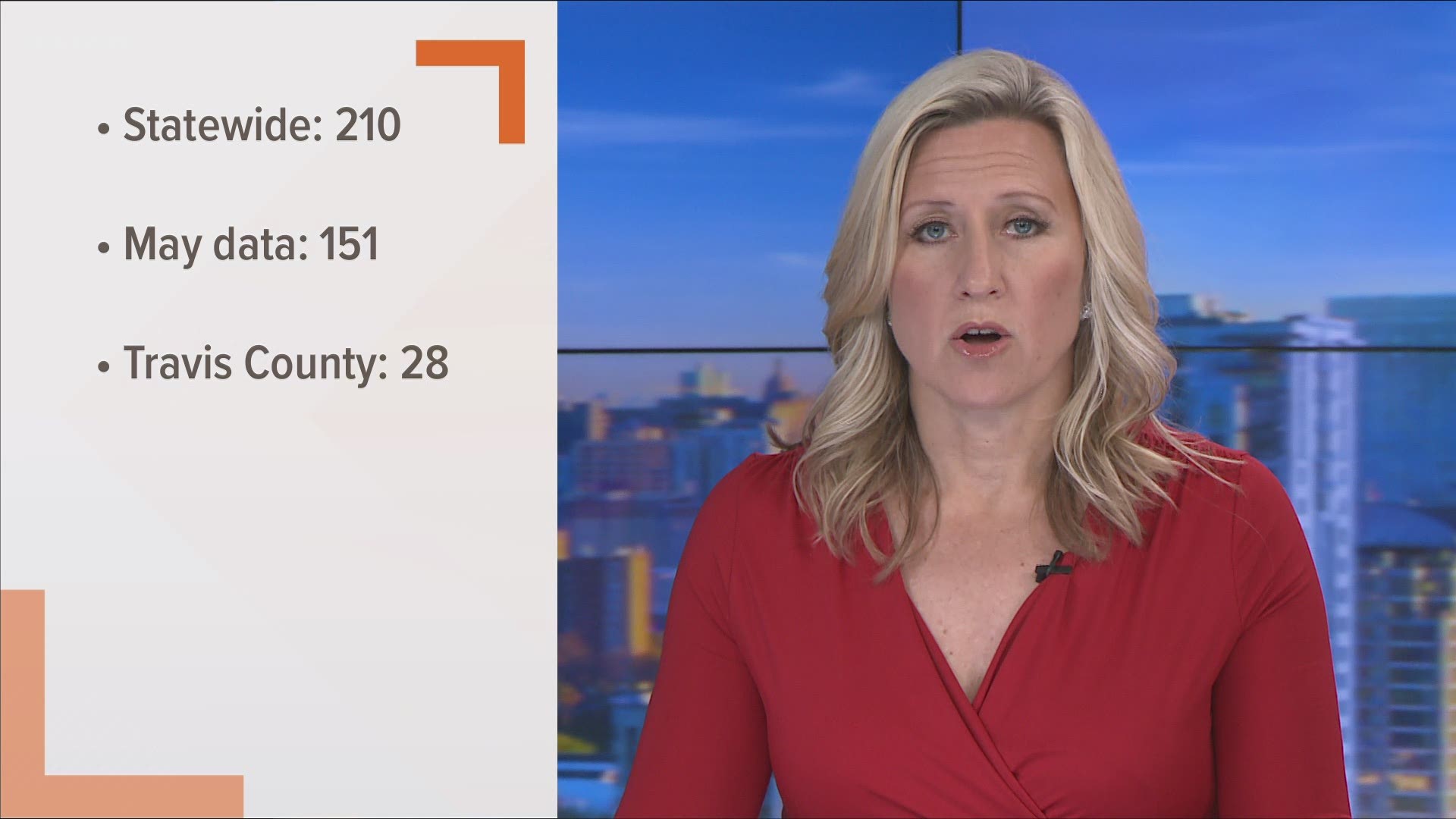 AUSTIN, Texas — The statewide death toll for February's winter storm increased from 151 to 210 people since its latest May update, according to data released July 13 by the Texas Department of State Health Services (DSHS)

In Travis County, the death toll more than doubled since the last update. The State reported Travis County's new death toll is 28, up from 12. Williamson County's deaths increased by one to a total of four, the data showed.

Confirmed deaths happened between Feb. 11 and March 5, according to DSHS.

Other Texas counties with the most deaths were Harris County (43), Dallas County (20) and Bexar County (14).

Here is a look at the totals for the counties in the KVUE viewing area:

DSHS officials said there are three main ways their agency is notified of storm-related deaths:

DSHS officials said the majority of confirmed deaths were associated with hypothermia. However, the State said many other deaths were attributed to car crashes, carbon monoxide poisoning, exacerbation of chronic illness, falls and fires.