The park's grand opening has been pushed to late summer because of pandemic concerns, according to reports. 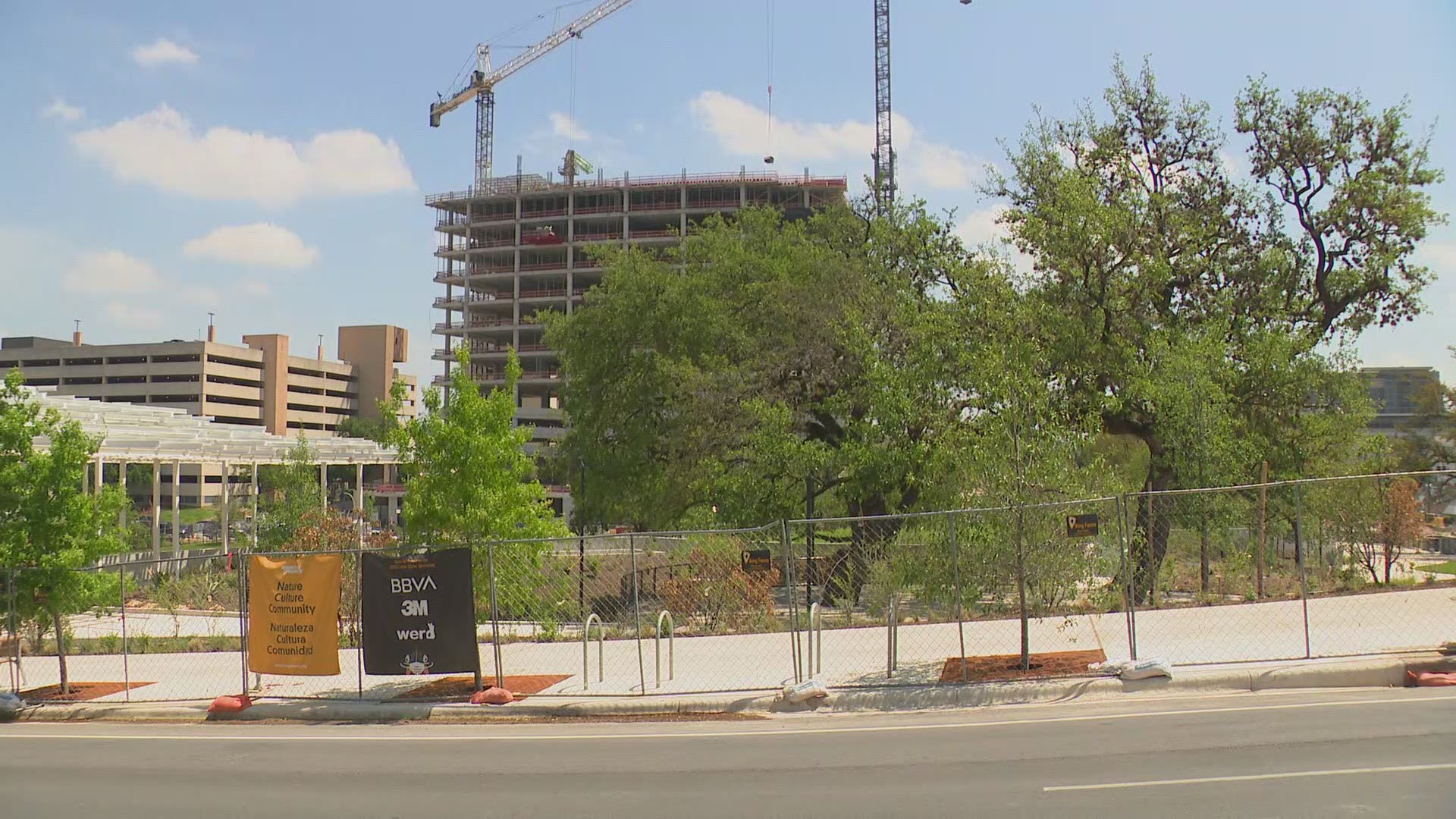 AUSTIN, Texas — Renovations to Austin landmark Waterloo Park, which has been closed to the public since 2011, are all but essentially finished.

The reimagined Waterloo Park will feature 11 acres of greenspace, 1.5 miles of hike-and-bike trails and a 5,000-capacity outdoor amphitheater that will host around 35 shows a year with top artists.

The park's grand opening has been pushed to late summer because of pandemic concerns, according to KVUE's media partners at the Austin American-Statesman.

The project between 12th Street and 15th Street is the result of years of planning and a joint effort with the City of Austin and the Waller Creek Conservancy.

A spokesperson for the park said other features and amenities will include:

Underneath the grass are three different types of soil layered on top of six inches of sand, designed “to resist the compaction that will inherently come from chairs, most pits or people jumping up and down during live performances.”

Applications open for Save Our Stages grant to help venues recover